Dash and Dot, JewelBots, Sphero, Mover Kit, Code-a-Pillar, Tinker by Kiwi Crate and Puzzlets are all devices and old-fashioned games that teach kids the ins and outs of coding. They're fun, educational, and point to a tech-smarter future that children will no doubt need to understand. Joining this host of kid-friendly coding devices is KOOV, a set of lego-like pieces from Sony Global Education. When applied correctly, these puzzle-like parts teach kids the basics of things like robot construction and computer coding.

At first glance, the pieces look much like clear, colored legos that can be used to build a variety of shapes. However, there's more to them than that. Inside each cube are sensors and actuators that come to life when they're composed into a sculpture.

These sensors are tied wirelessly to a computer, where kids can command action. The interconnected structure can move or light up according to what they tell it to do on their screen. 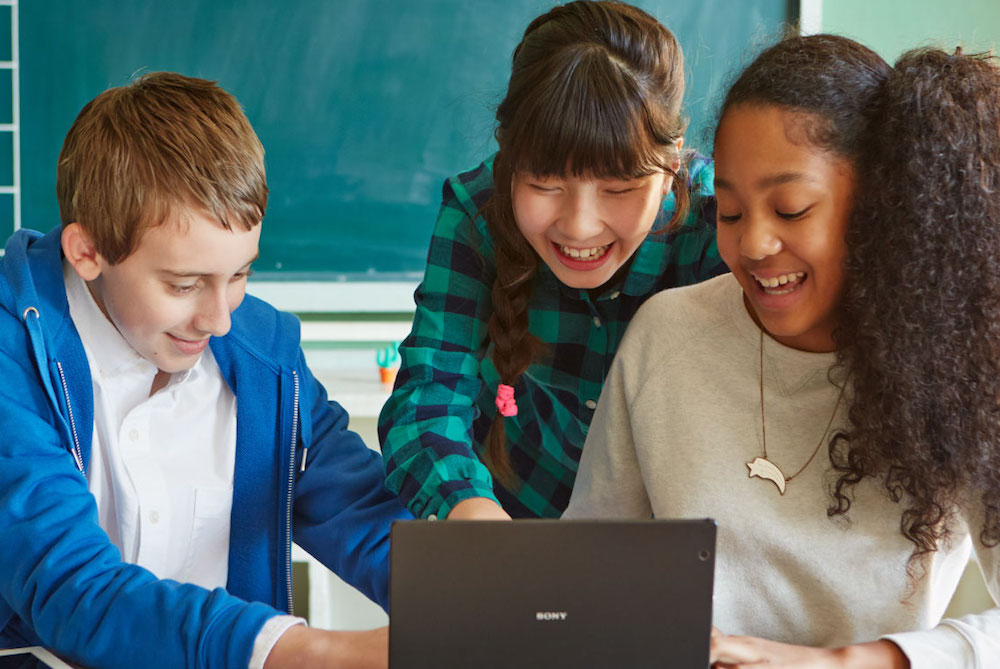 The computer program is very simple for kids to understand with a drag and drop structure. Kids will drag a command or series of commands into the action box, then push send to activate their project. See exactly how it works in the video below.

Sony seems to have high interest in teaching young kids to enjoy STEM research at an early age. Sony Global Education is the educational arm of Sony that's always been focused on bringing more learning into our society, especially at a young age.

Everything about KOOV seems to be focused on teaching children the things they'll know to code and work with technology effectively. The logo itself is all about coding. 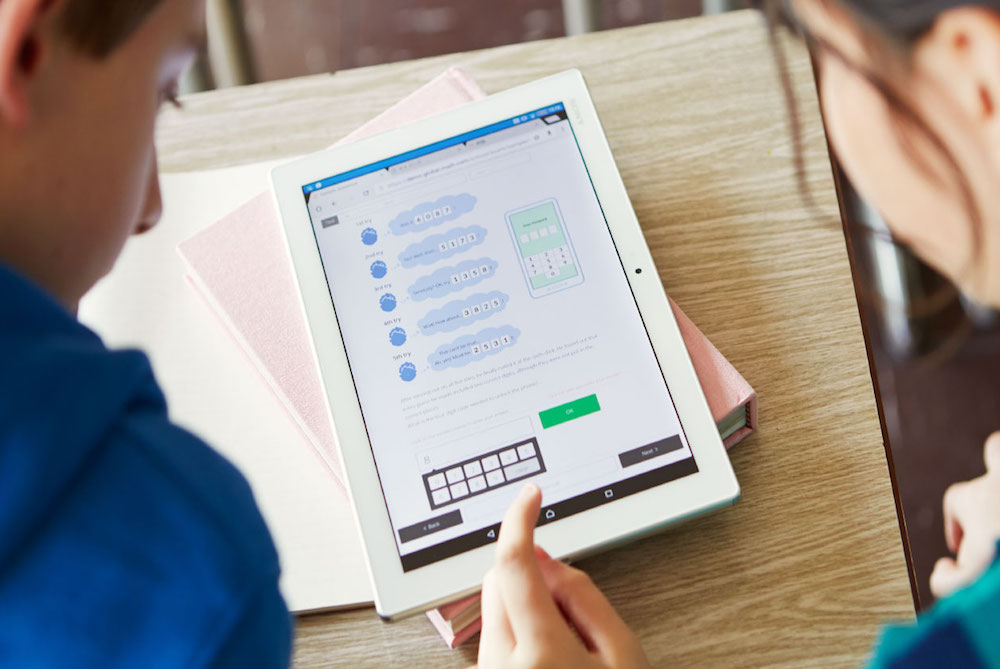 “The logo imagery for KOOV calls to mind the 1's and 0's of binary code, or alternatively, ‘I/O,' the computer terminology for ‘digital input/output,'” Sony stated in their official press release. “The logo is also inspired by the ‘<‘ and ‘>' symbols used in mathematics. In addition, the ‘K and ‘V' that bookend the kit's name stand for ‘key' and ‘value,' important concepts in the realm of computer science.”

The double O in between the K and V are also symbolic of the infinity symbol used in math. “This is meant to suggest the infinite combinations possible with KOOV, limited only by the imagination,” Sony explained. “In a multitude of ways, then, KOOV's logo is symbolic of its blocks that are a product of the digital age, and that are therefore infinite in potential.”

To develop KOOV, Sony Global Education also reported a lucrative partnership with Artec Co., LTD, which is one of Japan's biggest manufacturers of school materials. Both companies showing this much interest in such a learning project signifies more learning initiatives to come in the future. Their efforts could put KOOV and other future features in the STEM 101 program at the top of the “coding for kids” market.

As mentioned previously, this is not the first coding toy for kids. There have been many previous models, but there are certain things that stand out about Sony's model.

For starters, it won the Good Design Gold Award in 2016. Judges determined that the design was both simple and aesthetic for kids to use. Not only are the blocks easy to fix together, but the coding computer program can also be operated by children as young as six years old.

Sony is also putting greater emphasis on STEM research. As part of their initiative to inspire STEM education, Sony announced a STEM 101 curriculum last fall. KOOV is their first innovation in this vein, and there will be more to come in the future.

“STEM101 was developed as an innovative way of teaching STEM* subjects in primary schools across the globe,” reports the KOOV press release. “It is all but certain that teaching materials for robotics and programming will play a major role in cultivating STEM literacy and nurturing the next generation of creative problem solvers.”Sony's educational branch has also expressed interest in helping children be more creative with their work. When minds learn to be innovative early on, they grow up to create more amazing things as they age.

As more children express their creativity through STEM research and early coding practices, it will open brand new doors.

A hot topic in STEM research lately is the shortage of women in the field. Though it may not have been Sony's primary intention, more women interested in STEM research will likely be a positive result. As kids get to know STEM principles early on, they're more likely to treat it as a social norm for education and career paths, no matter their gender or race.

“These problems demand solutions, and knowledge alone cannot solve them. Rather, the ability to utilize one's knowledge to work through a problem and come up with a solution is what is key, perhaps more so than ever. As such, the nurturing of individuals who possess greater creative thinking skills, decision-making aptitude, and power of expression is of paramount importance in the classroom. The STEM fields of study are critical in the development of these abilities and skill sets, and Sony Global Education will actively promote KOOV as a tool for opening children's minds and infusing them with receptivity to the surrounding world, reasoning skills, and problem solving competency, all highly sought after attributes in the 21st century.”

It's clear the Sony has invested quite a lot into KOOV, and they will continue to invest in their STEM 101 program. There will be future toys and gadgets that will foster interest, learning, and creativity for kids in the STEM field now and in the years to come.

For now, KOOV is starting out on sale in Japan for roughly $325 for the basic kit. If you want more advanced options, you can purchase a bigger kit at $440.

Dash and Dot, JewelBots, Sphero, Mover Kit, Code-a-Pillar, Tinker by Kiwi Crate and Puzzlets are all devices and old-fashioned games that teach kids the ins and outs of coding. They're fun, educational, and point to a tech-smarter future that children will no doubt need to understand. Joining this host of kid-friendly coding devices is KOOV, a set of lego-like pieces from Sony Global Education. When applied correctly, these puzzle-like parts teach kids the basics of things like robot construction and computer coding.

Entertainment How Brands Can Get In The Game