Is Lyft Really The ‘Woke' Alternative To Uber?

The ride-hailing rival has seized on Uber’s scandals to position itself as the ethical choice, but can it back up the claims?

This article titled “Is Lyft really the ‘woke' alternative to Uber?” was written by Olivia Solon in San Francisco, for theguardian.com on Wednesday 29th March 2017 11.00 UTC

“We’re woke. Our community is woke, and the US population is woke.”

That’s how Lyft’s president John Zimmer described the company this week in an interview, at a time when ride-sharing arch-rival Uber is experiencing a public relations implosion, with allegations of systemic sexism, harassment and an arrogant disregard for regulation.

But just how “woke” is Lyft? Is it really a more ethical company than Uber? Or a wolf in (woke) sheep’s clothing?

Uber’s litany of scandals has handed Lyft a huge opportunity to position itself as the warmer, fuzzier alternative – one that Lyft has seized through a series of tactical announcements.

“The one thing that really sets Lyft apart is how we think about treating people,” says Gina Ma, one of Lyft’s first employees who now heads up the company’s brand strategy.

Lyft launched in 2012, building on Zimmer and co-founder Logan Green’s five years of experience with Zimride, a carpooling service designed to help university students share rides home during the holidays. At its foundation the company has focused on the human experience, Ma said, pointing to Zimmer’s background in hospitality. That focus applies to the entire community: drivers, passengers and employees and is reflected in the company’s founding mission of “reconnecting people and communities”. 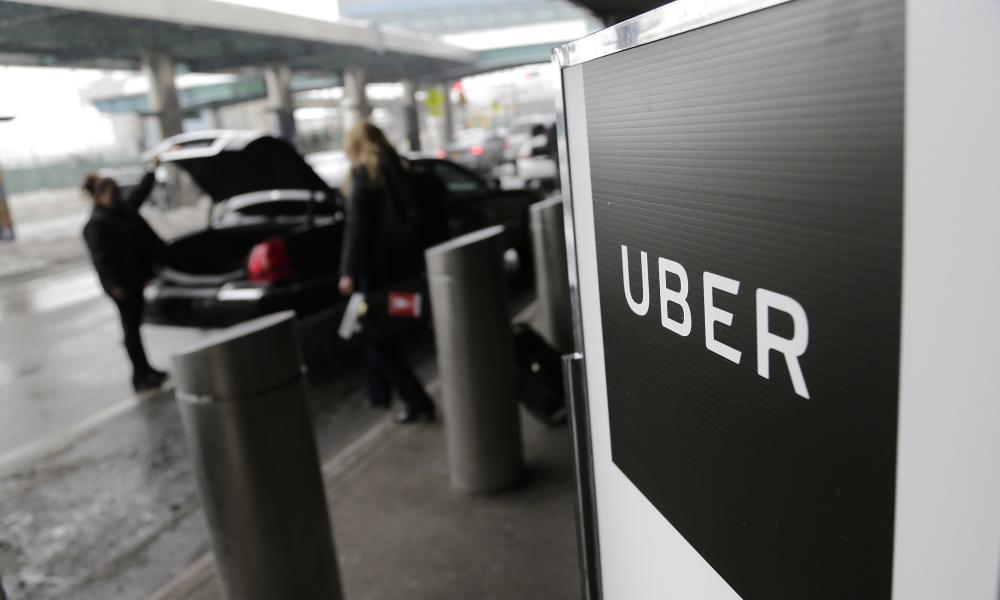 Lyft is still small compared to Uber, operating in 300 US cities against Uber’s network in 600 cities in 81 countries. Photograph: Seth Wenig/AP

“This is why both drivers and passengers have a completely different experience when they ride-share with us,” she said.

That culture starts at the very top. “John and Logan have a very clear moral compass for the way they make designs, treat people and build teams. That’s a huge part of our secret sauce,” said Ma. “If you don’t have that in place it can become confusing and challenging.”

In Uber’s case, CEO Travis Kalanick has been directly involved in a number of scandals, including a corporate trip to an escort bar in South Korea, a heated argument with an Uber driver that was caught on video, privacy-infringing abuse of an internal “God View” tool, and describing his company as “Boober” in reference to his new-found desirability among women.

Having spoken to dozens of Lyft and Uber drivers, they mostly agree: Lyft is slightly better than Uber, but both destroyed the taxi and limousine business.

People didn’t hear our story but we’re operating today the way we have since day one, five years ago – Gina Ma, head of brand strategy at Lyft

The drivers the Guardian spoke to like Lyft because it allows tips, and some remember the early days of the company when Zimmer and Green would interview every driver in person. Lyft also encouraged people to sit in the passenger seat rather than in the back of the car. Some fondly remembered the cutesy pink moustache that marked Lyft cars in the early days, designed to to help build trust in the service by ensuring people knew they were getting into the right stranger’s car.

“Culture is something you can’t reverse engineer. Because we were smaller, people didn’t hear our story but we’re operating today the way we have since day one, five years ago,” said Ma.

She said Uber’s problems haven’t changed Lyft’s overarching strategy but have given the company more of a voice.

“People are starting to get really curious about how Lyft is different and what our value system is,” she said.

Lyft is still tiny compared to Uber, meaning that it can be hard to find passengers outside of major urban areas. Uber operates in 600 cities in 81 countries and is valued at a whopping $70bn in the winner-takes-all market. It has the funds to aggressively market to passengers and incentivize drivers. Lyft, meanwhile, is valued at $7bn and is now operating in 300 cities in the US.

Uber’s misfortunes have directly boosted Lyft’s user base. The turning point was the #DeleteUber social media campaign that erupted when critics felt Uber was undermining the airport protests against Trump’s immigration ban by continuing to offer rides when the New York Taxi Workers Alliance went on strike.

Of all the reasons to delete Uber, this was one of the weaker ones. But Lyft took advantage of the moment and scored brownie points by announcing a $1m donation to the American Civil Liberties Union just hours later. This led to a 3% bump in users, according to analytics firm 1010data.

The irony of this shift in ride-hailing loyalties is that Lyft is rather more entrenched in the Trump administration than it would like you to think. One of Lyft’s investors is billionaire Peter Thiel, PayPal co-founder and adviser to Donald Trump, who publicly defended the immigration ban.

“We don’t always agree with our investors and aren’t afraid to say so. We do respect their right, and that of every American, to freedom expression,” a Lyft spokesman said at the time. 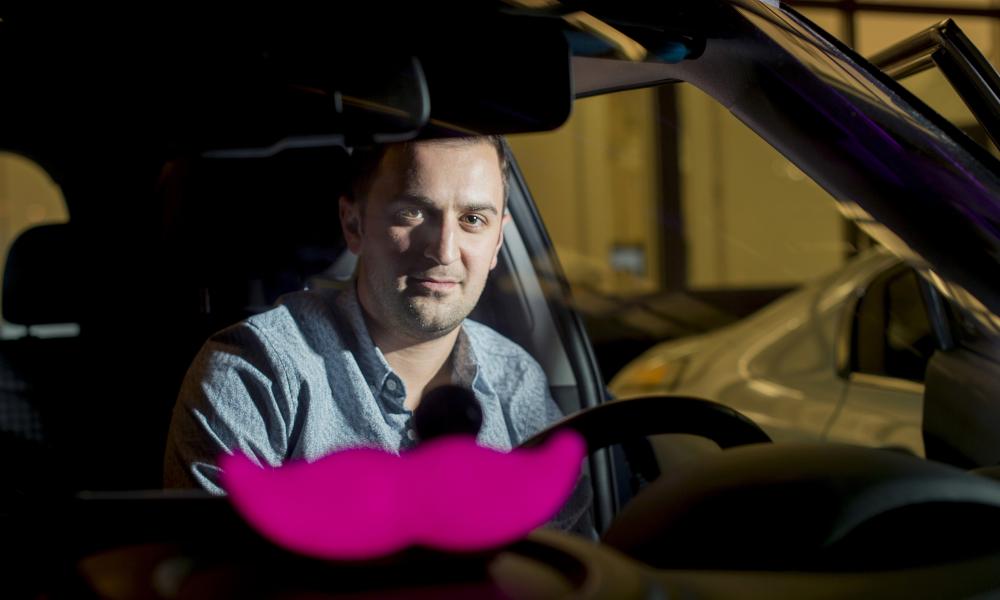 Despite the fuzzy moustaches and messages of inclusivity, Lyft’s fundamental business model is the same as Uber’s. This means that Lyft drivers are not categorized as employees and so do not benefit from a broad range of legal protections. Independent contractors are not entitled to minimum wage, overtime, health insurance, workers’ compensation, unemployment or lower taxes. They also have to pay for gas and car maintenance. It was only after California drivers filed a lawsuit against the company that Lyft agreed to provide additional driver benefits, while maintaining their independent contractor status.

The company has yet to introduce an appeal process for people who get kicked off the app and has recently reduced the rates it pays drivers.

“If Lyft is so ‘woke,’ why did they cut driver pay in a race to the bottom with Uber?” said Ryan Price, executive director of the Independent Drivers Guild. “While their tipping policy is great, Lyft still has a lot of work to do with drivers.”

Even drivers’ independent contractor status isn’t permanent, as both Lyft and Uber plan for a driverless future. In both cases, the drivers are providing the training data for the autonomous systems that will eliminate their jobs in the future. Ma emphasized that it will take years for the entire fleet to be driverless and that there would be a “huge role for humans being part of the autonomous transition”.

Lyft has also benefited from Uber’s steamroller tactics with regulators. Uber’s aggressive expansion has paved the way for Lyft to enter those markets.

Ma said that Lyft has tried to take a “more harmonious, collaborative approach” to how it works with cities.

“Our approach has never been to blast into the market and make enemies, it’s to figure out how to expand the pie, work with city leaders to let them see Lyft as an asset to their market,” she said, mentioning a partnership with a San Diego care organization to provide transportation to the elderly. (Uber launched a similar program in LA.)

Throughout the interview, Ma repeatedly described Lyft as standing for “inclusivity” and said that the company values were to “be yourself, uplift others, create fearlessly and make it happen”. That’s certainly a contrast to Uber’s “always be hustlin’” culture, which encourages a take-no-prisoners, win-at-any-cost mentality.

Despite the rhetoric, Lyft has yet to release a diversity report as Uber did this week, offering an overwhelmingly white, male picture.

All Ma would say is: “Diversity and inclusivity are key to the Lyft mission. We’re committed to working hard to ensure our workforce reflects that vision.”

The question remains whether Lyft has worked hard enough to deliver on that promise.

This article titled “Is Lyft really the ‘woke' alternative to Uber?” was written by Olivia Solon in San Francisco, for theguardian.com on Wednesday 29th March 2017 11.00 UTC

“We’re woke. Our community is woke, and the US population is woke.”

That’s how Lyft’s president John Zimmer described the company this week in an interview, at a time when ride-sharing arch-rival Uber is experiencing a public relations implosion, with allegations of systemic sexism, harassment and an arrogant disregard for regulation.