Following its rousing success last year, the Tribeca Film Festival brought back its popular Virtual Arcade for 2017, offering a slate of new experiences that blur the line between traditional forms of entertainment like film and video games, and something altogether different and new. From musical experiences that took us deeper into the sounds of our favorite songs, to educational demos that put us in the shoes of people from different walks of life, these were some of our favorites from inside the VR Arcade.

Billed as a first-of-its-kind musical experience, Hallelujah reimagines Leonard Cohen's most iconic song for virtual reality. Created by director Zach Richter in collaboration with VR tech company Lytro, Hallelujah was shot at St. Ignatius Church in San Francisco. The film features singer Bobby Halvorson covering the classic song. Five versions of Halvorson surround the viewer when wearing the headset, signing different portions of an acapella arrangement. Near the end, he is joined by a chorus of singers and the viewer is transported to St. Ignatius, where one can take in the glistening marble and towering pillars from the center of the church.

“Hallelujah is such a powerful song; coupled with the immersive technology from Lytro, we believe that people will feel connected to the experience in such an emotional way,” said Richter. “Stripping the components of the piece to the essentials and using this technology creates an incredible sense of presence. It becomes real. Something impossible, like having five different versions of Bobby performing all around you and singing to you, feels normal. With virtual reality we can think about music in an entirely new way.” 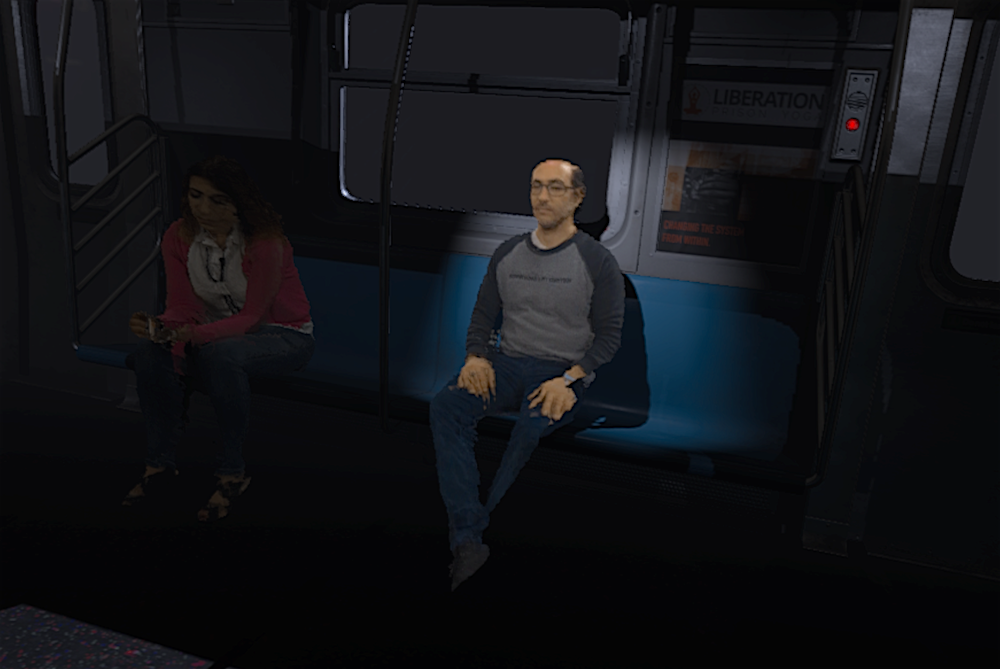 Taking place in a broken down subway car during a mysterious power outage, Tribeca attendees who got to experience Blackout found themselves transported into the stories of real-life New Yorkers. Viewers seated in the VR subway car can glimpse the inner worlds of fellow passengers by looking from person to person, activating a true-life dialogue recorded by a New Yorker. Designed by NYC-based artist collective Scatter, Blackout is an episodic series which seeks to shine a light on the diverse experiences of New Yorkers from all walks of life in a space where that diversity collides every day: the New York City subway. The experience at Tribeca was particularly well-done as the creators built a mock subway car for attendees to sit in while they wore the headset. 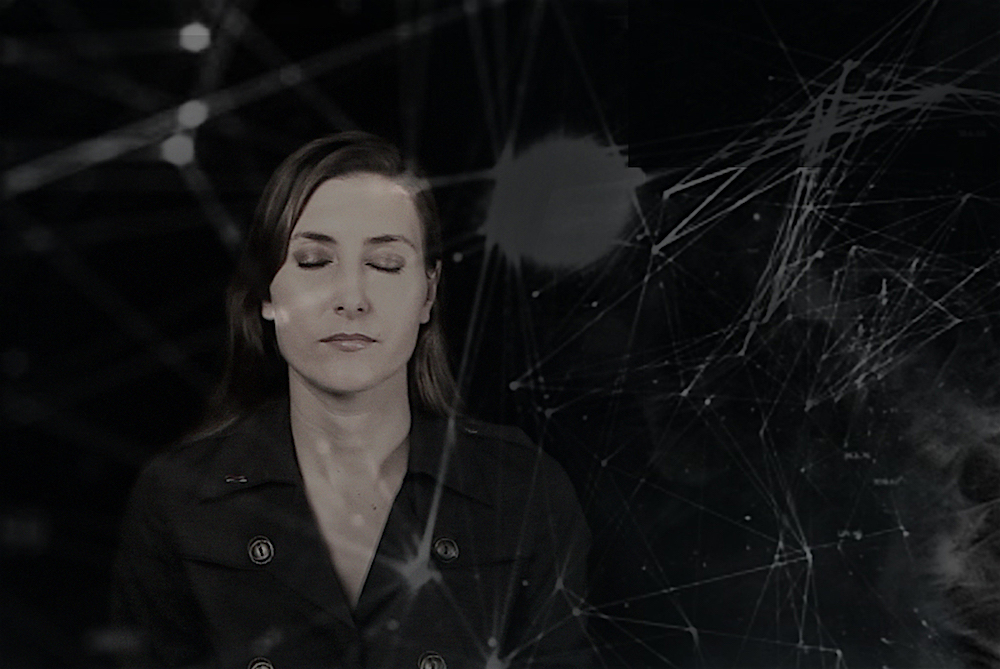 Testimony is a powerful interactive documentary that interweaves the stories of five survivors of sexual assault and their journey to healing. Created by New York-based media artist Zohar Kfir and creative producer Selena Pinnell, a survivor who also stars as one of the participants in the project, Testimony hopes to break down the culture of victim shaming by sharing real experiences of sexual assault. When inside the headset, viewers get to follow stands of each woman's story in 360 degrees, allowing you to hear bits and pieces in a non-linear fashion, or as part of a predetermined “thread” that connects the stories of each woman. We actually found it most interesting to view each piece of the story randomly, as it highlighted familiar patterns and narratives that are so common among survivors of sexual assault overall—namely that the current system of reporting assault is incredibly inefficient.

“Testimony provides a roadmap for group action, detailing what we as a society still need to overcome in order to ensure survivors can effectively report assault,” said the project's creators in a statement. 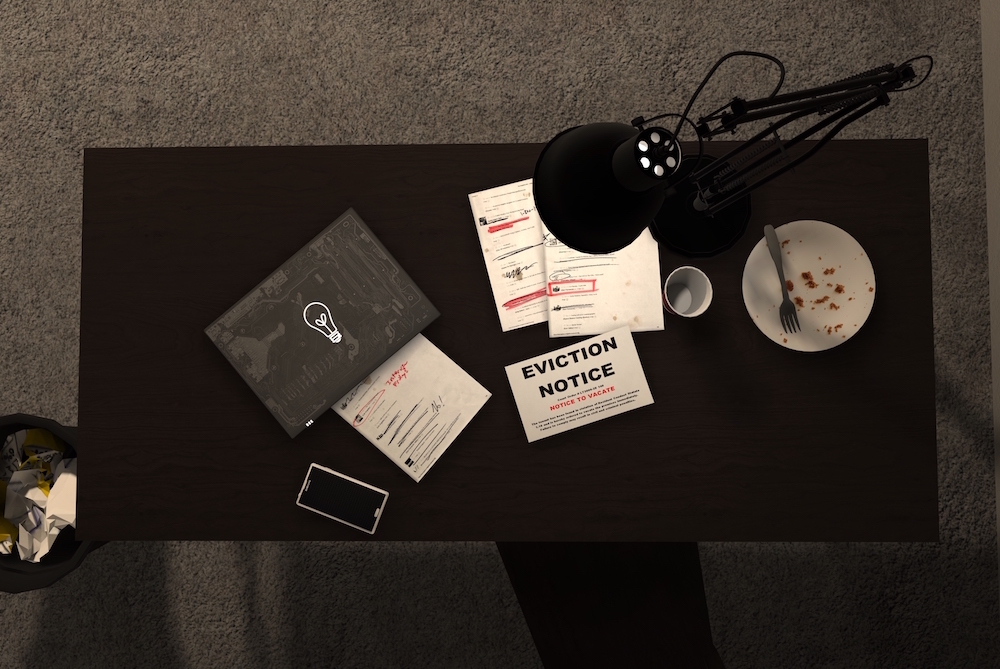 One of the best uses of VR as a tool for empathy was Becoming Homeless: A Human Experience. Developed by a team at the Virtual Human Interaction Lab at Stanford University, Becoming Homeless is part first-person game, part science experience, meant to break down stereotypes about how people become homeless. Using both a headset and a pair of hand controllers, participants are placed in a situation where they themselves are on the verge of homelessness. You are given the choice to sell items in your apartment to make rent, but when it's not enough, you find yourself sleeping on a bus at night, where you have to protect yourself and your belongings from those who might do you harm. The simulation also gives you the chance to interact with other homeless people around you, who will tell you real-life stories from those affected by homelessness.

“Our experience allows people to expand their worldview and to better imagine what it is like to live without a home. In our everyday lives it can sometimes be easier to avoid or ignore an issue that may not seem to directly affect us. However, we hope that people will be able to see the hardship of the homeless in a different way and open themselves to the idea that we are all responsible for helping our fellow humans,” said the creators in a statement.

Following its rousing success last year, the Tribeca Film Festival brought back its popular Virtual Arcade for 2017, offering a slate of new experiences that blur the line between traditional forms of entertainment like film and video games, and something altogether different and new. From musical experiences that took us deeper into the sounds of our favorite songs, to educational demos that put us in the shoes of people from different walks of life, these were some of our favorites from inside the VR Arcade.

PSFK founder Piers Fawkes looks into the ways retrofuturism is being applied to modern technology, design and innovation