What Happens When Cities Adopt Coworking

Coworking is here to stay. The trend shaping the future of work is growing at an incredible pace. Over the last 12 years, more than 7,000 coworking spaces have surfaced and two years from now there will be more than 37,000 around the globe. Cities of every size are seeing these disruptive environments opening up, bringing along a new dynamic to the way people work. So, what exactly happens when cities adopt coworking?  With our startup, Coworkies, we travelled to 106 coworking spaces across 12 cities in the past year to find out.

One of the first things we discovered is the value a coworking space can add to a city. Opening a space brings an incredible amount of new content in the form of meetups, workshops and other activities for members and the general public. With coworking spaces, cities have gained a new physical content platform where people can meet, learn, exchange, and grow personally and professionally. Meetups that would previously be hosted in bars, restaurants, or dingy hotel conference rooms are now hosted at coworking spaces themselves—a much more convenient, cost-effective, and attractive choice.

For several years now, coworking spaces in Berlin have been at the forefront of community driven content creation in startups and tech. Coworking spaces like Factory, Rainmaking Loft, and betahaus have hosted thousands of events, meetups, and workshops where members and the public can learn about new trends in health, food, tech, finances, and legal issues. 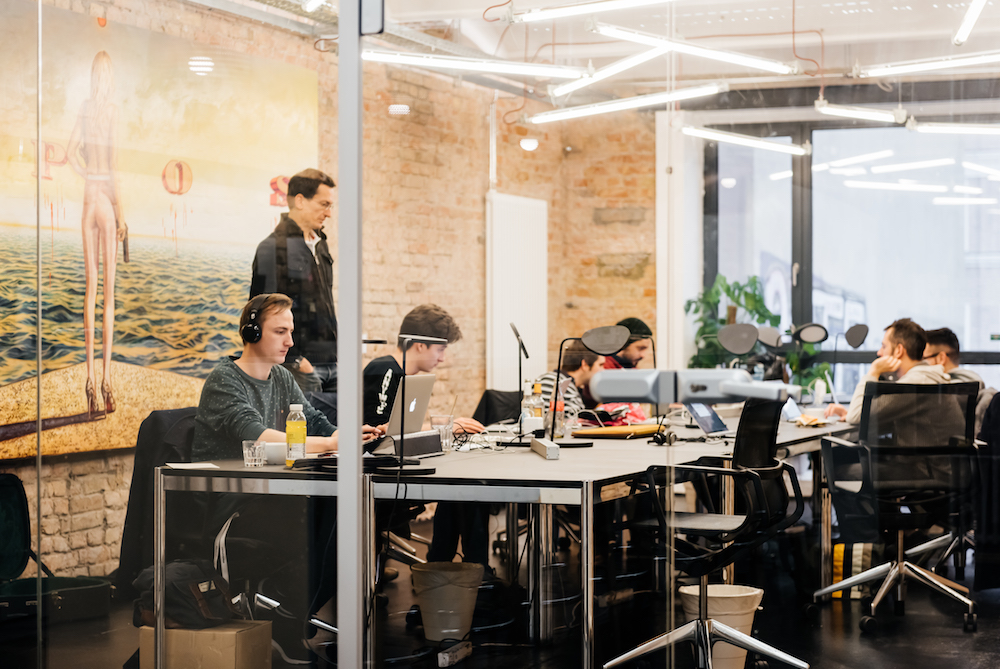 Many entrepreneurs and regional governments are keen for these events to happen in their cities, which is why in Paris there is a new initiative called Station F. A 366,000 square-foot “playground” where startups will have a place to enjoy the entire ecosystem they need to grow and scale their businesses. Station F will add an incredible value to the city by bringing startups from all over the world into one physical space.

Throughout our travels, we visited one coworking space brand that is a content-driven platform globally: Impact Hub. Through their global network of 80 coworking spaces, Impact Hub empowers social entrepreneurs in cities to build the sustainable initiatives of tomorrow. Each Impact Hub carefully selects its members as well as the events they organize, taking into consideration the value each person and event will add to their community—and by extension the city overall. One of their newest spaces is in Istanbul, a huge metropolis with very few places for the public to meet and share knowledge professionally. Now their space serves as a meeting point for everyone working or interested in the topic of social entrepreneurship. 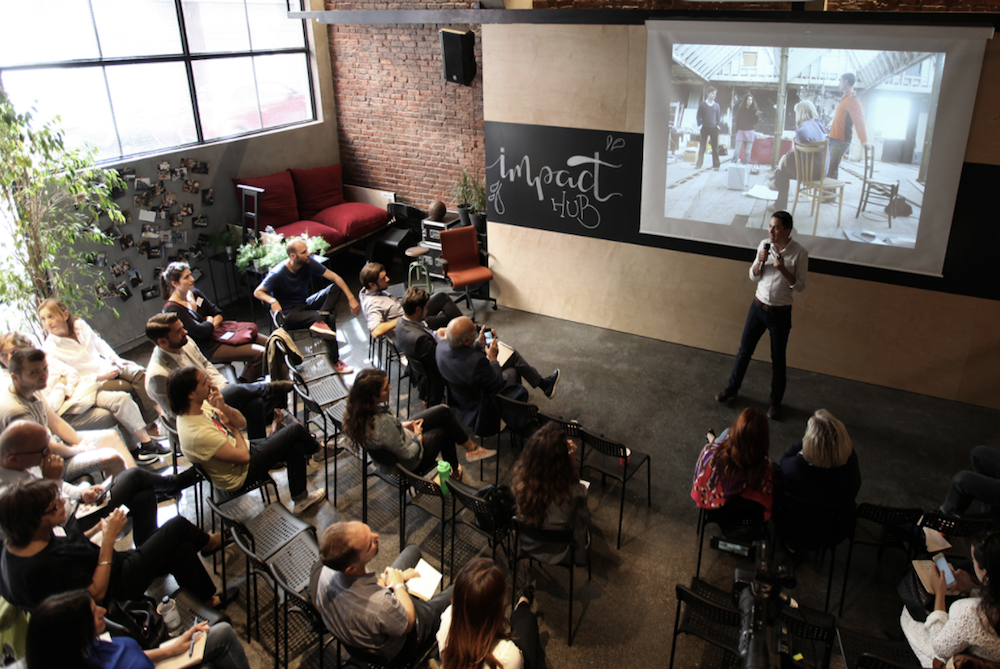 Coworking spaces are becoming a vital part of cities landscape offering places to work, network and ignite change and innovation.

The positive impact of coworking spaces extends beyond their walls. From Copenhagen to Helsinki, Barcelona to London, we’ve personally witnessed how a new coworking space can transform a street. Frequently opening in abandoned buildings or underserved residential neighborhoods, coworking spaces actively recycle buildings into beautiful and lively environments, dynamizing neighborhoods that were previously left aside.

In Copenhagen we visited Nomad workspace, a former courthouse transformed into an eclectic coworking space for creatives. The former basement prison cells have been transformed into beautiful meeting rooms and photo studios available for everyone. Considering the fact that the adjacent building is still a functioning prison, the opening of Nomad Workspace highly contributed to the transformation of the neighborhood of Nørrebro, by bringing the community of creatives to that part of the city. 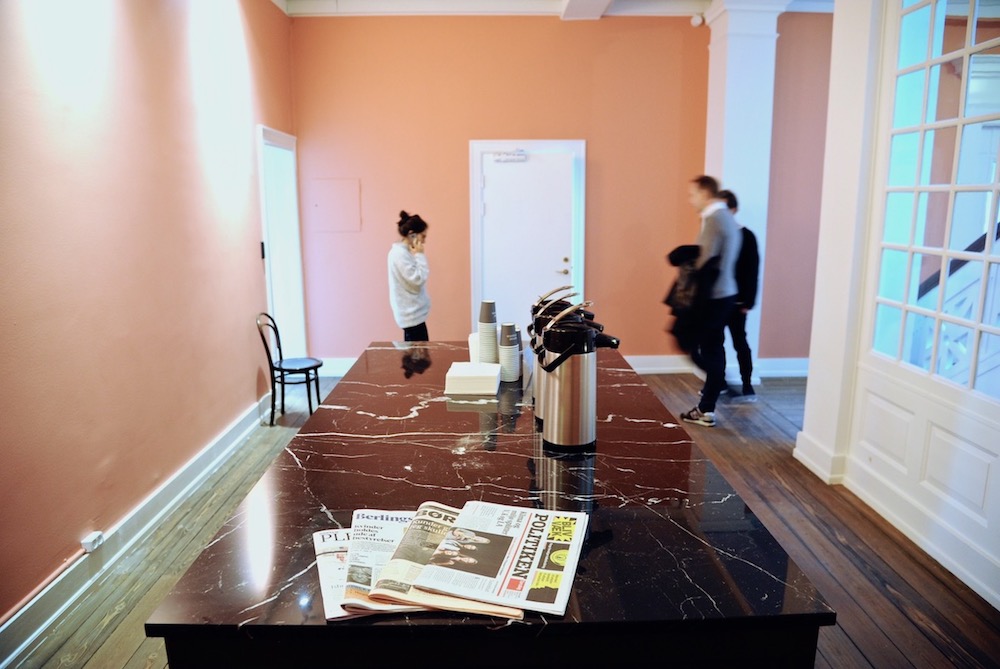 Another example is Maria 0-1 in Helsinki, an abandoned hospital that has been transformed into a Community House for ambitious and scalable tech startups of 344,000 square-foot. They have gathered in-house startups, venture capital firms and tech journalists to let them work closer together. The successful renewal of this old building now gathers in the neighbourhood the most promising vcs and startups that will continue to propel the city as one of the hotbeds of entrepreneurship in the world.

In London, we met work.life, a coworking space brand that actively introduces lively work environments across the city’s neighborhoods. One of their latest project, slated to open in mid-2017, is the upcycling of the old corporate office of Verizon, the US telecom giant, into a hip coworking space for up to 200 startups. The space’s primary objective is to bridge the gap between corporates and startups by bringing them under one roof. When corporate businesses shrink their workforce due to technology they tend to have plenty of buildings that are left abandoned. Through partnerships like this one old buildings can be reintroduced into the cities. On one hand they do continue to serve a purpose for the company and on another the cities are becoming more open and welcoming for new initiatives. 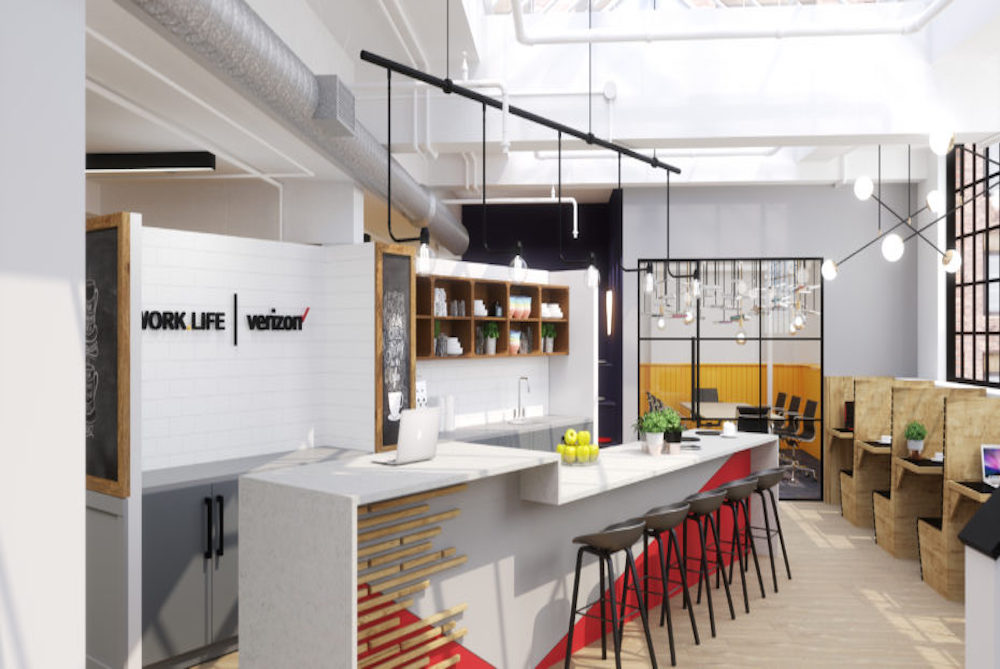 Bringing people together is definitely one of the things coworking does best. In a recent survey we conducted, 61% of the coworkers said growing their network was an important factor in their choice to join a coworking space. Before, that was possible primarily in expensive private clubs. Professionals from many different industries, trades, and career stages can now meet, collaborate and thrive together. While completely mixed spaces are still very widespread, in the last year, we’ve seen an increase in spaces that cater to specific communities.

Noize Fabrik (Berlin) is focused on musicians. They provide their members with the latest production technology on the market, recording and practice spaces, and even a stage for live performances. Being “professionally unprofessional” about it, this coworking space provides easy access to high-end studio-recording to everyone. So, while you work on your next web-page, your coworker just might happen to be recording a rock'n'roll album next to you.

JuggleHub (Berlin) is tackling the dilemma of working independently while raising a child. They provide flexible childcare and bring together parents looking for a place to work that’s also kid-friendly. The founders were motivated by their own needs and built an environment to suit families. In the evenings, they host many meetups related to the topic, such as the Mompreneurs and family art nights. 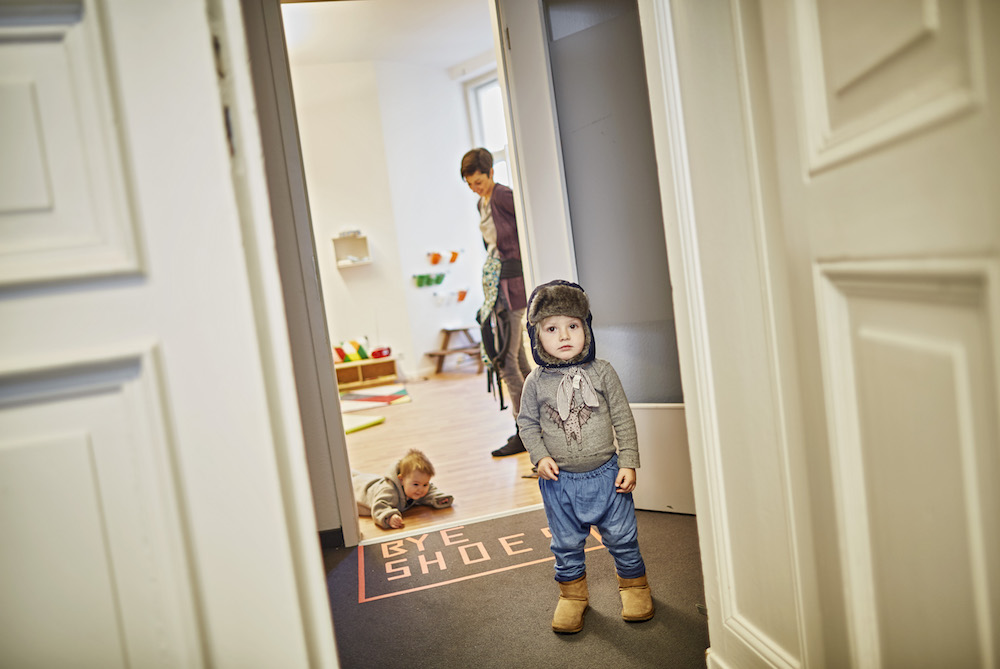 Another interesting coworking concept has recently opened in New York: The Wing. This women-only coworking space is “designed to make their lives easier, and creating magic that happens only when women gather together”. A makeover on women’s social groups of yesteryear, The Wing dispenses with the ping-pong and free beers in favor of blowouts, lactation rooms, and evening events discussing contemporary feminism.

More than just networking and free coffee, these innovative approaches to coworking highlight the growing trend of empowering specific communities. United by passion, responsibility, or identity, coworkers can form deeper bonds and find more fulfillment in their work.

Some coworking spaces have even introduced the concept of co-living. Sometimes this is out of a desire for deeper community, but for most, it’s practical: finding accommodation in cities, like Paris or New York, can quickly become stressful.

The Collective (London) was among the first to bring co-living to the market next. They gather professionals with different backgrounds, from entrepreneurs to ballerinas in their latest location of 550 beds in North-West London. With the rise of co-living, the housing market is now also entering a new phase by enriching the living experience through community engagement. 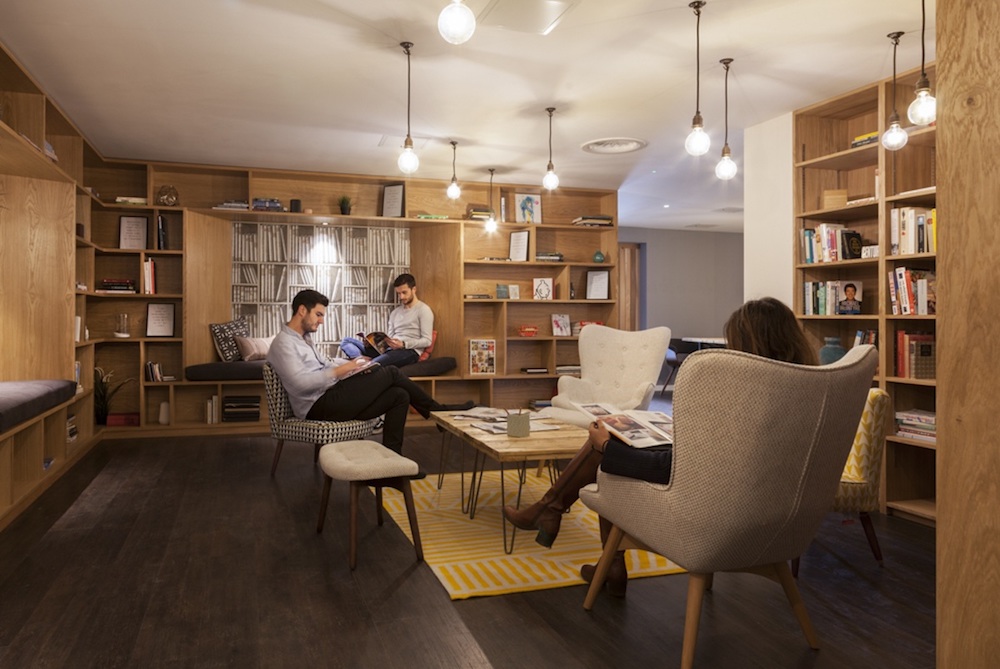 Coliving at the Collective, London

Coworking spaces, whatever their size, have a positive effect on cities. By every new opening, they bring the physical environments cities need to bring people socially together, in a world becoming more digital by the day. They are the platforms driving people to learn more from each-other, working together and be more flexible in their professional career. In them work still remains the primary topic approached in the way that make sense for the new generation.

Coworking is here to stay. The trend shaping the future of work is growing at an incredible pace. Over the last 12 years, more than 7,000 coworking spaces have surfaced and two years from now there will be more than 37,000 around the globe. Cities of every size are seeing these disruptive environments opening up, bringing along a new dynamic to the way people work. So, what exactly happens when cities adopt coworking?  With our startup, Coworkies, we travelled to 106 coworking spaces across 12 cities in the past year to find out.

PSFK has spotted a trend bubbling up at the juncture of exclusivity and community, where brands retailers are tapping into the ephemeral and the human with unique networks as a remaining way to differentiate and connect more deeply