Consumer data and its applications is currently a hot topic across many industries. Within the realm of retail in particular, people have increasing awareness of and concern over the storage and usage of their data, and are starting to question how they can manage it themselves.

This is why SHOP, a blockchain-powered commerce platform, aims to empower shoppers to own and monetize their personal data while also providing brands with unparalleled business intelligence. In this podcast interview, PSFK founder Piers Fawkes speaks to John Wantz, CEO of SHOP, about how the company lets shoppers tokenize their personal data—allowing them to then exchange their tokens with brands for transactions, rewards and savings—and helps brands grow direct sales without the use of middlemen and drive demand through actionable customer data.

Piers: Talk about what’s happening in the marketplace that led the decision to launch SHOP.

John: It began with realizing that the death of branded manufacturers is closer on the horizon than I think anyone believes. The rate at which Amazon, and Walmart and Target are pursuing private-line development is atrocious. Amazon particularly is able to sit in the middle of branded manufacturers and consumers and see all the intelligence around what products are performing well and what types of consumers have what type of purchasing affinity. They're able to then manage a game of arbitrage, removing brands that perform well by increasing rates and fees, consuming any and all data about a shopper that is interested in that brand's product and then ultimately rapidly integrating the supply chain for private-line development.

Right now, Amazon has something like 63 LLCs. They are brands that are selling apparel on Amazon that are actually owned by Amazon. They're a big centralizing incumbent that is here to optimize shareholder value and to continue to forward the budget.The goal is they have to increase shareholder value. Right now, the amount of stress that they're creating on the retail ecosystem between CPG and apparel is becoming so exhaustive that private-line development, whether it's CPG and/or apparel, is the number one mandate.

They are relentlessly looking to use all of the information that they're able to acquire by sitting in the middle between brands and shoppers and quickly eradicate branded manufacturers from the puzzle.

The same week that Nike finally gave in and started selling on Amazon, which is something that was thought would never happen, it was found out that the supply chain partners, the manufacturing and supplying partners for Nike, Amazon signed a direct deal. They're not covering very well their tactics, and they're moving very hard into commoditizing all brands.

What we're working on is creating a cryptocurrency token called SHOP that will only be accessible and usable by shoppers who buy from brands direct. We're creating a protocol that sits on top of a blockchain so that this information about shoppers can never be centralized again. We're deploying a digital wallet that allows for our SHOP token to be handed out and gifted and embedded into a shopper's wallet so that they can then buy products from brands direct. 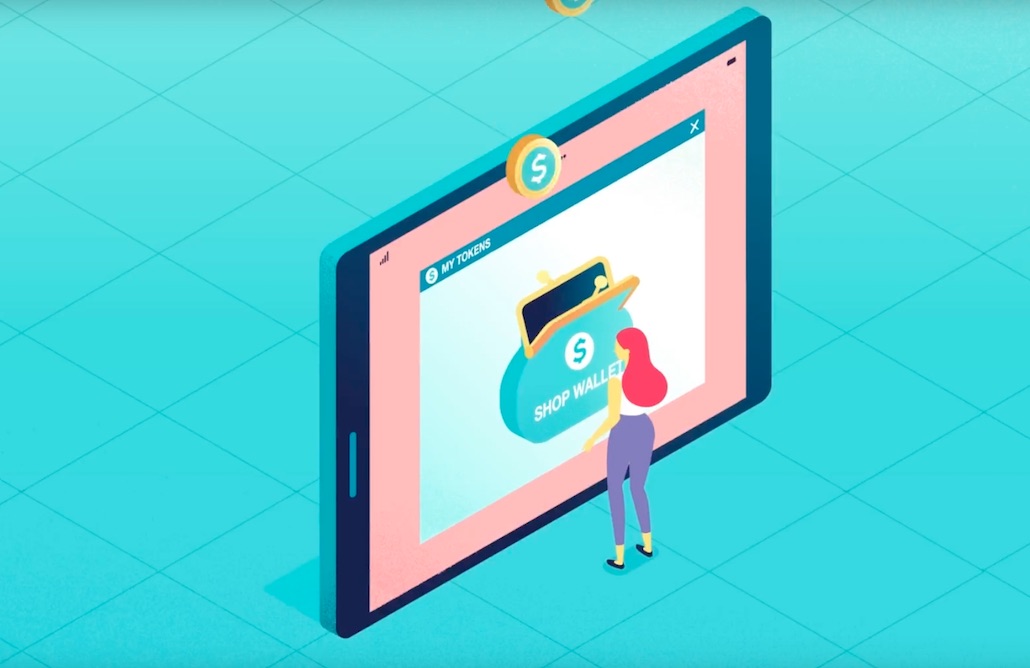 The idea is creating a new money supply like creating a cryptocurrency, and then using that value of that currency to hand to consumers so that they can have a direct exchange with a brand, is something that hasn't been done before. More particularly, what's happening in that digital wallet is we don't store any of that Information about the shopper. They store it locally on their device, and they're able to hand that information directly back over to a brand. A branded manufacturer has a shot at getting access to data about a shopper that they've just never dreamed that they could have, while increasing their topline sales and developing a direct relationship with the shopper.

So when shoppers buy the products, the payment mechanism shares information within a private blockchain, which allows better service. Explain that customer journey and the benefits.

It's a public blockchain, and the information that the shopper stores locally in their device from a desktop computer is about their fit preference, their transaction history, their social demographic—information that we want to make it really easy for brands to take action on.

We have some partnerships and ad networks coming on deck to help propel some of the opportunities for brands to better leverage their shopper data. It would be applicable information that would enable a brand to continue to grow meaningful loyalty or to target new audiences. We're not going to make it laborious for shoppers to give us information. We're going to reward them and give them some of our SHOP tokens just for providing some of that information. Then, they're able to use those SHOP tokens to buy from brands that use the wallet on that apparel site.

If I'm a shopper, the SHOP wallet and token captures all of my personal data and enables me to control the access to it within the wallet. I have settings that I'm able to adjust when I'm out there shopping. I'm able to control how much of my personal data is shared with any brand whose site I visit, who is integrated with the wallet and able to interact with me. If I show up at Nike.com with my SHOP tokens in my wallet and they recognize me, they are immediately enabled to access my data. Based on the value of that data, they're able to reward me for sharing with them by giving me back some SHOP tokens, or personalizing my experience. The get is for the brand to get all kinds of constantly-updated shopper data about me that I'm commissioning out and monetizing personally instead of allowing others to do it for them. They're then able to take all that business intelligence and process it in whatever ways they see fit for their own internal learnings. As a shopper, I'm able to monetize or get discounts for sharing that information. It's building a loyalty layer there. 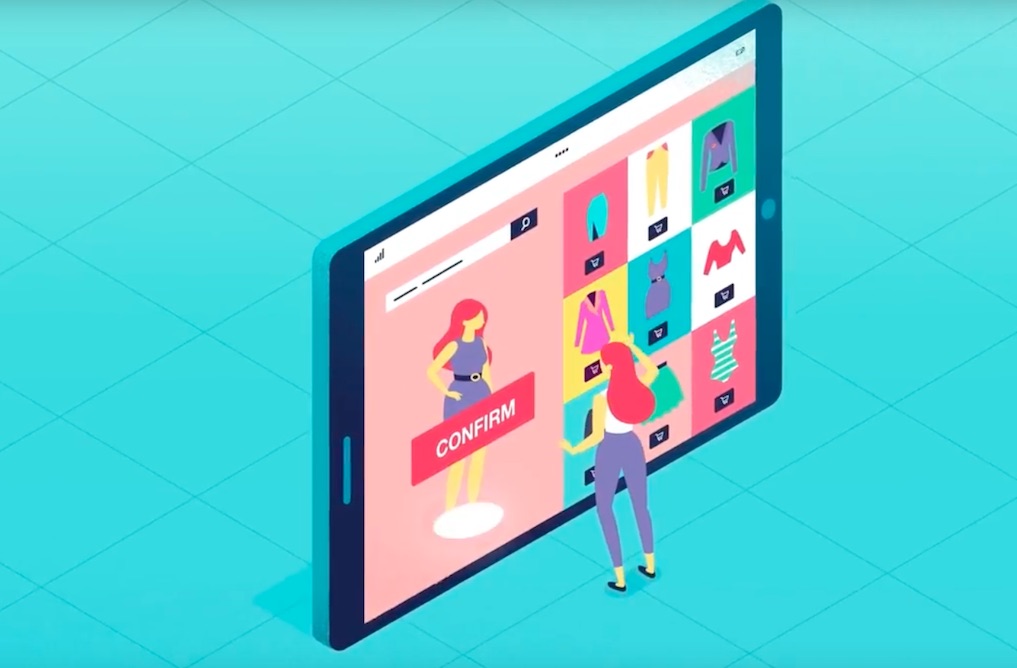 People are concerned about the use of data. This is a safer, more secure method you're suggesting. Is it less complicated?

We're going to make it simple. All the consumer needs to understand is that there's information that they'll recognize is theirs. They own and control that data, and if they're willing to hand that data over to a brand or an app, they'll get an economic reward or discount for that data. They don't need to understand blockchain. They don't need to understand GDPR. We're going to handle all of the data security and all of the brokering and economics of who can access their data.

It's basically total data empowerment for the masses. The way that we're going to launch this to the public is going to be such a clean interface with simple

messaging that anyone anywhere should be able to use it and not have to understand anything about cryptocurrency, blockchain or even really much about data online.

Our core messaging is going to be, “Own your data. Monetize your data. Get paid for sharing your data.” We're going to be working aggressively with brands to connect them to this network so that they can receive that business intelligence through the wallet and the interactions with these shoppers.

When do you launch?

We’re going to open up our token release to the public on May 14th. At that point, the wallets will be live. Shortly thereafter, when we issue the tokens to everyone who signs up and creates a wallet, users can start using the wallet on one of the first marketplace apps that we have partnering with the coop.

We've started to ramp up press and exposure. We've been working on this for about a year since leaving Target. We've been doing mostly de-risking on the regulatory stuff. We think this is going to be the first token that a regular consumer would actually desire to acquire and hold. We're lining up a lot of brands. We're a team of over 20 working on this daily, bringing an open-sourced, decentralized retail framework to market to help brands who manufacture products and the shoppers who want to acquire those products connect directly.

The intent is to grow the coop, to grow the brand members and to grow the shopper members so that, over time, there can be an economy-of-scale influence in the market to where a mass of brands and shoppers maybe could start to renegotiate how their data's being held or how their value's being commoditized in other retail marketplace environments.

If I were a brand or a retailer reading this, what would I do next? How would I get involved?

We have a program coming online where we're going to be developing brand tokens. All of the use cases and the throughput of data exchanges that we've discussed have been oriented around just the SHOP token. We think of the SHOP token as a platform token. It could facilitate all of the general data exchanges between a brand and shopper. Now, if a brand wants to have more of a direct data relationship with you in the form of loyalty where, for example, maybe there's some information about your Nike fit ID or your Nike+ Running information, that's specific to a brand that we want to store in a shopper wallet, then we need to introduce a brand token. The Nike token is what could access your data, but also the Nike data that's stored in your wallet. We see brand tokens as being an opportunity for brand, manufacturers and shoppers to be able to maintain ongoing direct relationships one-to-one. The brand tokenization program is going to be launched here within the next week.

We have a funnel of pretty meaningful brands that we're talking to that recognize that, as an entity, they represent value. That's what a cryptocurrency is. It's a representation of value and utility. If we can convert a brand into a representative store value, as it's referred to, we think that a brand currency makes a lot of sense in retail. The new money supply that gets created by a cryptocurrency token will afford discounts and fund direct-to-consumer relationships for these brands.

Our protocol that we're making publicly available is going to enable developers to create centralized retail apps and e-commerce experiences. It will be a very easy environment for them to build in on a very robust platform with an existing economic model.

We're looking really closely at the GDPR regulations that are coming out. We think we're going to be able to mirror market expectations in some time of GDPR standards. Handing that leverage back over to shoppers is our number one mandate, and then bringing brands along and tokenizing them so that they can then propel themselves into direct relationships with shoppers is the plan.

It’s a funny coincidence that this whole thing with Facebook blew up the way it did at this time because we've been leading this charge for about a year now with the mission statement of, “Own and control your data.” The fact of the matter is that the general public doesn't think about that too much. Now, it's front page news everywhere.

As consumers demand greater control over their own data, platforms like SHOP can serve them by making it actionable to them while also decentralizing the shopping experience. For more from John, see PSFK's podcast.