Interview: Casaza's President On Building A New Kind Of Home And Design Inspiration Platform (With Help From HGTV's Property Brothers)

Influenced by and launched through HGTV's Property Brothers, this design platform is offering consumers a new experience and assortment threshold that goes beyond the traditional room design imagery common with other home design publications and platforms. Casaza takes the interior design spectrum a step further to not only give its customers the ability to gain inspiration, but also provide a marketplace of products that are specified to their needs.

After a successful pop-up launch in New York City, Casaza demonstrated to its consumers and the design community that it is able to build a tangible experience in the physical retail space. PSFK spoke with President Taleeb Noormohamed, who explains how the business model reflected in the popup activation is reflected in Casaza's platform, designed to add industry expertise to consumer inspiration to create the ultimate space.

PSFK: Casaza’s mission is to make home design accessible to everyone. How does this platform differ from competitors providing a similar services?

Taleeb Noormohamed:  There are a couple things. You have two distinct business models. One is the marketplace model where you throw up everything you possibly can. You confuse the heck out of consumers. You hope that they'll find something that they want.

The other extreme is you have folks who are providing online design services and design planning platforms, but no real access to goods. We're trying to just bring the two worlds together.

To say, “Look, you're not going to find everything in the world on our site, but you are going to find well curated, well thought through products that are not just products that you can sell, but are also part of designs and looks that we have our network and designers creating.” We're bringing on a new designer every other week. 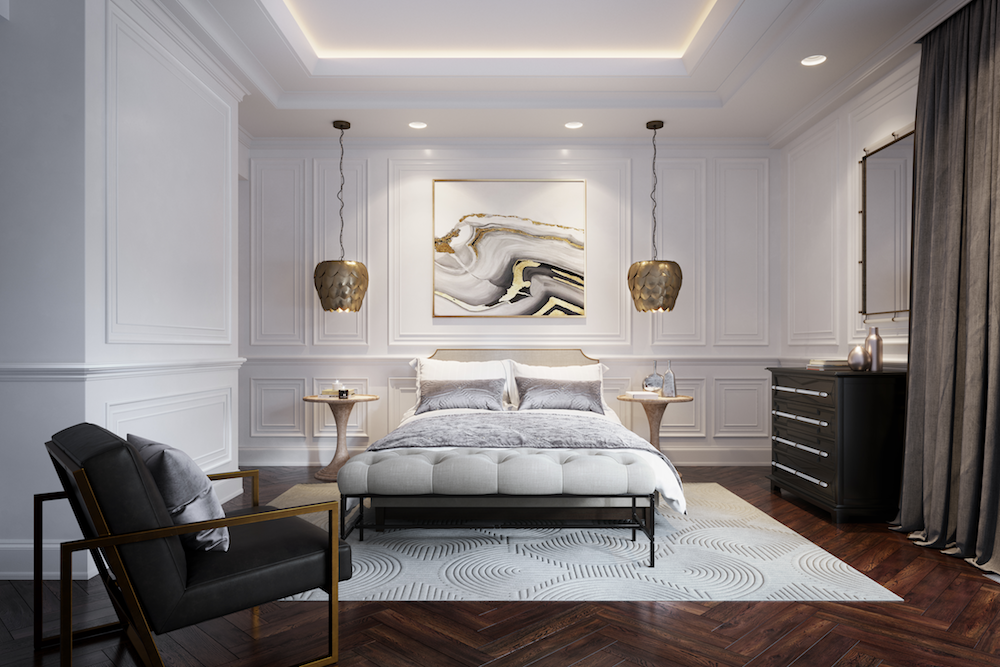 Our philosophy is, “Look, we would rather somebody come to our site. Take the time to find the right thing. See how it feels for them. Then they buy it so that, A, they're getting what they want. B, we have to worry about a far lower rate of return. C, you actually become a place that people come back to and are inspired to be at.” The primary objective is for them to feel good about what they're buying and then to be able to buy it. Then to have the help and support they need to be able to make it all work.

The Property Brothers HGTV show was very successful. How are the Scott brothers using that influence and applying it towards this platform?

The most important thing for us is that this is a business that is actually born out of, among other things, the feedback that they've had from their fans who watch their show. It is, in some sense, a response to not just what they have heard, but that we have also heard from the market in terms of what's missing.

When we can reach out and say, “Look, we're working with the brothers,” a lot of suppliers are really excited to come on because this is not just Scott Brothers' products. They are one of our many, many suppliers.

When we're talking to designers, we're saying, “Look, this is actually coming from folks that have a vested interest in actually making sure things turn out well. It's not pure play marketplace.” It's much easier for designers to see the value in this.

In terms of building the network and building the family, that's been one of the most important things that the brothers have been able to bring to the table. On top of that, obviously there's the power of their brand. The fact that they have all these fans. They have market awareness that has been a huge help. It goes without saying that it's a huge help in terms of awareness about Casaza and what we can be.

Casaza plans to bring new inspiration each season. How is this platform bringing new, fresh designs to re‑inspire consumers in season and out of season?

As I mentioned, because we have this group of designers who are part of the big Casaza network, every few weeks, but really every season—this happens every season on a very regular basis—we're creating more and more looks for people to be able to see, which all take into account the inventory that we have at Casaza.

As we build out our back‑end, our AI, what you're going to be able to do is essentially, if you have a particular style that you like, let's say you like mid‑century modern, we will show you more looks in mid‑century modern, but with different approaches, different takes where you can change certain elements, so on and so forth.

You mentioned using AI being to recommend suggestions to your customers. Does it go further and recommend design advice based on space size and need as well?

Yeah, it'll be by room. We'll be doing things by different room types. As we start new looks, there's a couple of things that we're going to be introducing very quickly. One is a high/low feature. Let's say you see a beautiful look on the site that you really like for your kitchen or your bedroom.

As you look at that, one of the things that we're working with our designers to do is to say, “Look, there's gonna be the high, top‑end version, the more cost‑effective option and an entry level option.”

Our philosophy is not just creating new looks, new environments and new spaces— small, large and so forth—but also within that construct for each space being able to articulate different price points for a product that allows people to be cost effective where they please. 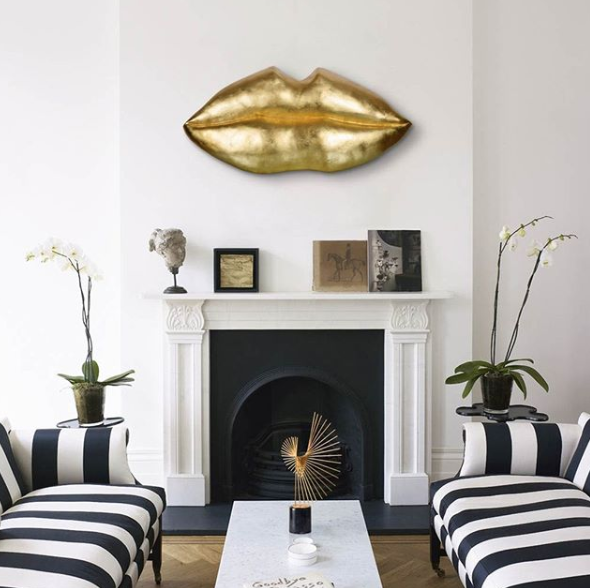 You recently held a pop‑up shop in New York City. How important was this for your customers?

The activation was really important in helping to do two things. One is to create a ton of awareness, which it's really done. We've had remarkable feedback from media and from customers. We've had a lot of people very excited about Casaza. Anytime you're launching a business, that's really key.

The most important thing that came out of it was being able to create for people a sense that they could really come and see something and be part of something that was very tangible.

Now, obviously, our plan is not, by any stretch of imagination, to open up brick-and-mortar stores. Not at all. We want this to be very much an online platform. That's what is going to remain. On occasion, we'll probably do things in markets to be able to engage with consumers in a different way. What we want to be able to do is, by driving the design aesthetic first, create comfort and confidence in people.

PSFK: What is your current target market, if any? Is it moms who are watching HGTV? Is it Millennials? Is it young couples? Is it urban focused?

That's a great question. It's something that we spend a lot of time thinking about. People always ask us, “What niche are you really playing to?”

Our philosophy is, the only people that are going to be unhappy with what they find in Casaza are people that don't care about design. If you care about design, whatever your version of design is, we'll be able to help you, whether it's a small renovation of a tiny one‑bedroom apartment in New York, or whether it's a 7‑ or 10‑bedroom house in Nashville. This should be a place where anyone is excited about the idea of designing, excited about creating beautiful spaces for themselves and to create their own version of home, that we should make that available.

Within that, the folks who watch HGTV are obviously a big demographic. You've got young couples in there who are starting out. You've got single moms. You got single dads. We had a couple of college students use Casaza to redo their dorm room. You've got all the way up to somebody who's re-doing a nine‑bedroom house. 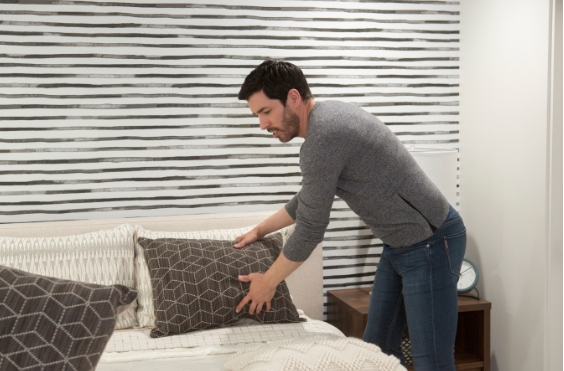 Why should customers turn to you versus Pinterest or another platform that offers design inspiration?

At core, we are a marketplace. We are design, first. That's our differentiator. We want people to come and see what they like and then be able to interact and transact with it. You're not going to show up on our site and be bombarded with stuff to buy on an immediate basis. You're also not going to come to our site, see stuff you like and then be frustrated because you can't figure out how to get it. Our whole value proposition is we're going to help you figure out what you like and then give you the way to get it.

For us, the bringing of those two worlds is, in our view, a pretty compelling proposition because you are bringing, as you said, the best of what Pinterest can do and the best of whatever Hauser or Wayfair can do in a way that perhaps the others can't.