With primary care app K Health, founder Allon Bloch hopes to help fix healthcare from the outside by connecting consumers and collecting data

Though it can't replace the diagnosis of a real doctor, K Health is a new smartphone app that helps consumers identify symptoms in real time and compare them against a vast ocean of data collected from similar patients. The app hopes to keep patients who don't need treatment out of the doctor's office, while helping those who do need to visit a hospital or physician's office find the correct treatment.

PSFK spoke to founder and CEO Allon Bloch about his company's commitment to making better care accessible to all and fixing what he considers to be a broken U.S. healthcare system.

PSFK: Could you tell me a bit about yourself and your background? What led you to co‑found K Health?

Allon Bloch: K Health is my health company. I was also co‑CEO of Wix, which is now public on NASDAQ, and was a web publishing and e‑commerce infrastructure for personnel businesses and Vroom, where I was co‑founder and CEO. You can buy and sell cars directly from consumers.

Everything I do tends to serve an industry that is large and is broken, and where you can use data for the advantage of consumers, but for some reason the legacy players have built a business that is not for consumers.

We started K about two and half years ago, because my co‑founders and myself asked ourselves, “Why can't we get reliable and helpful information online about our health?”

If you're not feeling all right you've got three core questions. What do I have? What else could it be? What are the different ways to treat it? It doesn't matter if it's an acute condition or chronic, big or small: There are seven and a half billion people on the planet, and they all have these three core questions.

You wake up in the middle of the night. Your head hurts. Your stomach hurts. Something's bothering you. You've got a rash. You've got a cough. You want to get an understanding. We asked ourselves, why is nothing on Dr. Google, WebMD? With all these symptom checkers, why does none of this ask me the right question? Why can't it get to the bottom of it?

If you live life long enough you can see mistakes in diagnosis and treatment that doctors have done, and I've looked at what happened to me and my loved ones and my co‑founders' families over the years.

We said to ourselves, before I go to the doctor, or at the doctor,  or after the doctor, wouldn't it be magical if I could refer myself to people like me? Is there, with all the advancements in processing and power in machine learning and AI, data we can use to allow people to compare themselves to others in similar situations?

We said to ourselves, how do we borrow, beg, or steal our way into a data set that will allow us to build this understanding? We looked high and low in the U.S., and then I realized that all data is built here for billing purposes.

It's built for the payer and the provider, and the lab and the drug companies to negotiate all their care plans and pricing. The primary purpose in the electronic medical records is not to record the health. It's to record the billing information around the health.

That's not useful if you want to actually build a predictive system based on data because that data's essentially built for a different purpose. We ended up licensing a data set from a large HMO that is virtually integrated, very similar to Kaiser.

They own their own doctors. They own hospitals. They own labs. They own drug stores, and they have two and a quarter million people that don't really switch. Their entire healthcare integration is in a single system. We have 20 years of data.

The doctors' notes would say something like, “30‑year‑old female has abdominal pain. She has a loss of appetite. She is nauseous. She isn't vomiting. She's got a family history of X and medical history of Y, and she's taking x drug.”

Then we package it and put it in an app. It masks all that mathematical and biological complexity, but essentially we train the machine for the first time ever to do what primary care physicians call differential diagnosis. This is not a general artificial intelligence. This is a very specific conversation. Our machine is trying to do two things like a great doctor.

It's trying to mimic a great doctor, a doctor that knows everything about everyone. On average you're seeing the average doctor, but the machine is trying to understand the next best question to ask to be able to differentiate between say a migraine and sinusitis. They can rule out another horrible condition if somebody's got a headache.

It can't diagnose you, it can't prescribe, but it can give you reliable information. At its core, that's what we built. 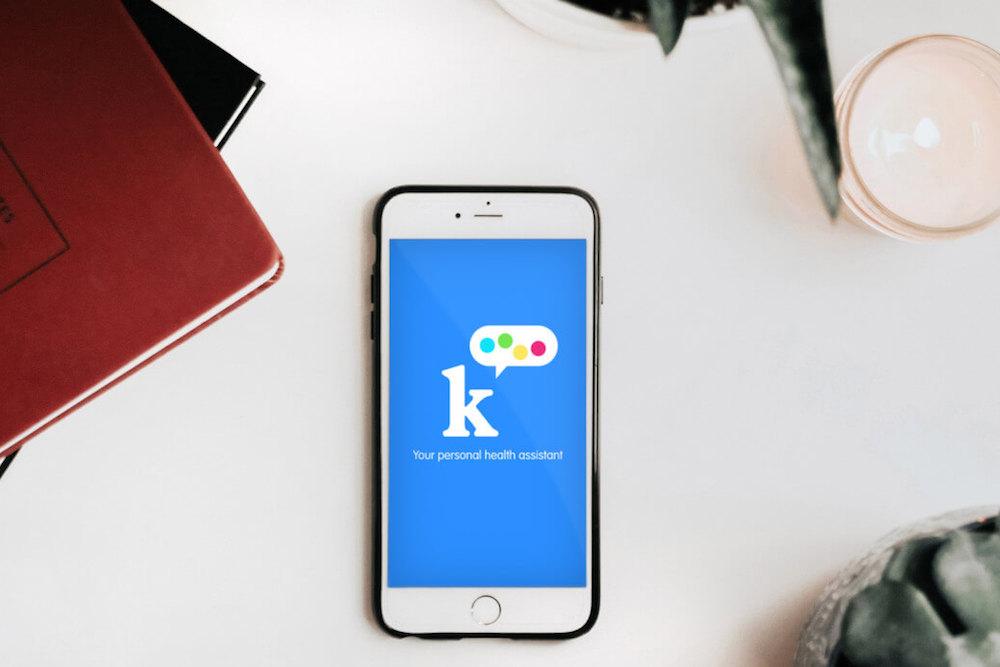 What are some broader trends you've noticed in the healthcare space, and that you're leveraging in your work?

The healthcare system is broken. You hear all day long about crazy costs associated with things, about people being out of network and paying a lot of money. Fundamentally, I think America has a big problem—it's not only the uninsured but also the people with high deductible plans. A lot of people don't really have a primary care physician.

They don't really have access. Good primary care, good information, good access to doctors if you need to get a prescription or you need to get a consultation is the cornerstone for everything else in healthcare. If somebody's walking around undiagnosed with diabetes or hypertension, that's risky.

This is not a political statement, but nobody's going to argue that healthcare in America costs about triple what it costs in Western Europe, and people live longer in Western Europe. Costs still keep on going up and so does inflation, and it's layers upon layers of bureaucracy that are not there to help people live healthier, better lives. It's there for various reasons—for billing, a thousand more reasons, but there's not enough transparency.

We’ve also given consumers this amazing comparison data set that doctor's don't have. They don't have the ability to compare themselves, to compare somebody walking in the door to people like them.

To answer the question also more broadly in technology and AI, if you think about Google, Google's a system at its core on the search to connect through all these different HTML pages. Facebook connects people. Waze connects traffic and traffic jams and transportation. Nobody's connected that for health—think of all the aspects, genetics, location and local conditions, your mental wellbeing. All these things matter.

We haven't built a healthcare system that can learn from all that. K learns you and takes into account if you're a 30‑year‑old woman and have certain conditions, an app can compare you to 100,000 women like you. You enrich the data set, and the data set enriches you.

Now the machine's getting smarter from every interaction it's doing. That's a very Googlist way of getting better with that information. That to me is having control for health.

How does K Health fit into the healthcare market as it exists today, and how do you and your team plan to gain market share?

One of the things that you can do on K already in New York City and in some pilot areas outside of the city is the ability to share that conversation you have with the machine with your doctors.

K has secure communications with telemedicine. The doctor receives that conversation and decides if they need to bring you in or not bring you in. One of the things I learned over the last two plus years is many primary care physicians have no way to triage people. They now have no way to see the most important people first, and some people just keep calling. Literally doctor after doctor would say, “Most of the time I'm seeing people that I shouldn't be seeing.

It seems as though your app is very much applicable to everyone. Are there any particular strategies that you're using to market to people?

Our app right now is just for adults. We are working on pediatrics. We're going to add pediatrics for kids over the age of five in the coming months. The idea is that primary care is the entry to anything in healthcare, so we want to be your confidential and helpful chaperone in that scary and confusing process. We are built for everybody, and our data is virtually ages 18-85.

How does your company go about managing the data? In terms of HIPPA and privacy and growing concerns, what is the data usage strategy?

We're bouncing around a bit. We're number five on the health and fitness in the App Store, and I think number nine on Google Play. We're not spending a lot of money. People are craving to get reliable information about their health. I think we're well on our well there.

What is the long‑term strategy, and how do you see K scaling over the next three to five years?

We're going to have some partners that we work with, people whom we trust who are going to use K in a good way, in a pro‑consumer way. They might be a cardiology out‑patient center who wants to give better management and remote triage treatment to the members. It might be a non‑traditional health care player. We have those options, but fundamentally, we also see ourselves as a direct-to-consumer offering.

One last thing is thatK can also be used for preventative. As we add somebody's blood work we can talk about ways to reduce their cholesterol in a very specific personalized health manner as opposed to a one‑size‑fit‑all.

Everybody knows they shouldn't be smoking, or they should exercise more, or they should lose weight, but K can make it much more specific and relevant. Again, if it's data‑driven, and relevant, and helpful, I'm not trying to make an extra buck from you, and I think people will look at it very differently.

Democratizing data is just one way startups are disrupting in the healthcare space. For more about how companies like K Health are evolving for the future of health and wellness needs, see PSFK’s Retail Health & Wellness Debrief.