Health startup Dadi's founder explains how the service aims to educate and empower men to take control of their fertility, with simplified yet thorough at-home testing and sperm storage solutions

The rise in direct-to-consumer retail has led to the democratization of many services and sectors, from home goods to healthcare. In the wake of brands like Hims and Ro, both of which have made a name for themselves by helping to destigmatizing certain male health concerns, comes Dadi, an even more advanced DTC service.

With one simple kit, Dadi customers can send sperm off to a lab via FedEx and have results back within days. PSFK spoke to co-founder and CEO, Tom Smith, about his personal inspiration for starting a very personal business and how he hopes to empower and educate male consumers on their own fertility health. 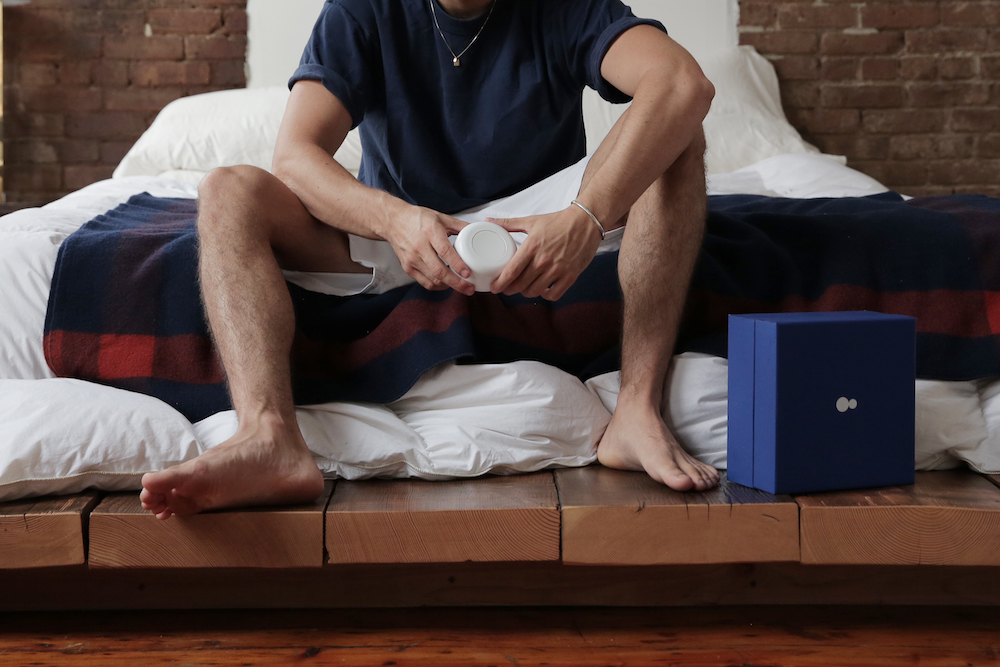 What led you to found Dadi and what gaps did you notice within the health and personal care space?

Tom Smith: Three, four years ago I received a text message from a friend of mine whom I used to work with at Apple who basically said, “Hey, let's hang out on Saturday.” I said, “Sure, let's do it.”

There's three or four of us there. He basically describes earlier that week being in the shower and feeling a lump on his testicle, going into Stanford Medical Center, getting all of the appropriate tests done and finding that he had late stage cancer all over his body.

He was told that the next Monday that he'd have the surgery, followed by a long process of surgery. In that process he would be totally infertile and describes going to a sperm bank.

To add some levity of the conversation I cracked a joke about what everyone imagines sperm banking is like—going to a creepy facility and sitting in a creepy little room and be handed a cup by a nurse. [He said] it was far worse because he was there for three or four hours trying to collect.

He wasn't comfortable. He wasn't in the right frame of mind. In that situation, the last thing that you want to be doing is that in a foreign place.

That really was what sparked the original concept. From there, there were two things that further developed the concept. One was the total lack of education and understanding across society on issues of infertility, specifically for men.

The second piece was the total lack of development in the industry. Male fertility has not evolved in the last 30 or 40 years. That includes the way things are communicated, the surfaces that are being offered, the pricing structures. We saw a huge opportunity to revitalize, retool and reinvent the overall industry.

How does the Dadi platform educate the customer about fertility?

The bar is really low. Let's start with that because when it comes to the topic, no one knows any of the facts. If you look at today, one in six couples today has trouble conceiving and seeks infertility treatment. That number's going up pretty significantly.

We all know people who've had trouble conceiving. When you look at those people, 50% of the time the issue can be attributed to the man. What it fundamentally means is that infertility is not a women's issue. It's an all‑gender issue.

Our ultimate goal is to educate men and women about male fertility and its impact on family planning, to incite and promote a real discussion on the topic. Our mission is to basically normalize the conversation. A big part of that is the educational piece and making sure that people know the facts.

Do you have a target audience? How are you reaching consumers?

Within this current soft-launch phase where we're getting all the systems warmed up and working on the operational processes, we really focused on the existing industry.

We focused on men who are sick, like my friend I described. Ones who work dangerous jobs—the military, or the police force, or fire fighters. Those who are getting vasectomies. Then those who have the foresight to take control of their fertility and proactively engage in the industry today. Those are the ones we're focusing on.

The overall objective of Dadi is to normalize the conversation around male reproductive health and to invite in a new market. Most men today wouldn't know that 1 in 10 men are infertile.

Really, the only opportunity today where men are faced with getting their fertility checked is if there is already a problem—if they had trouble conceiving and they're going in for treatment for it.

I'm 31 years old. When I was 30 years old, I actually went in and got a barrage of tests done. There was no available test really for fertility, which is a crazy thing.

For us, the new market we're trying to create is the midlife fertility moment for men, which we think wraps around the 30s. 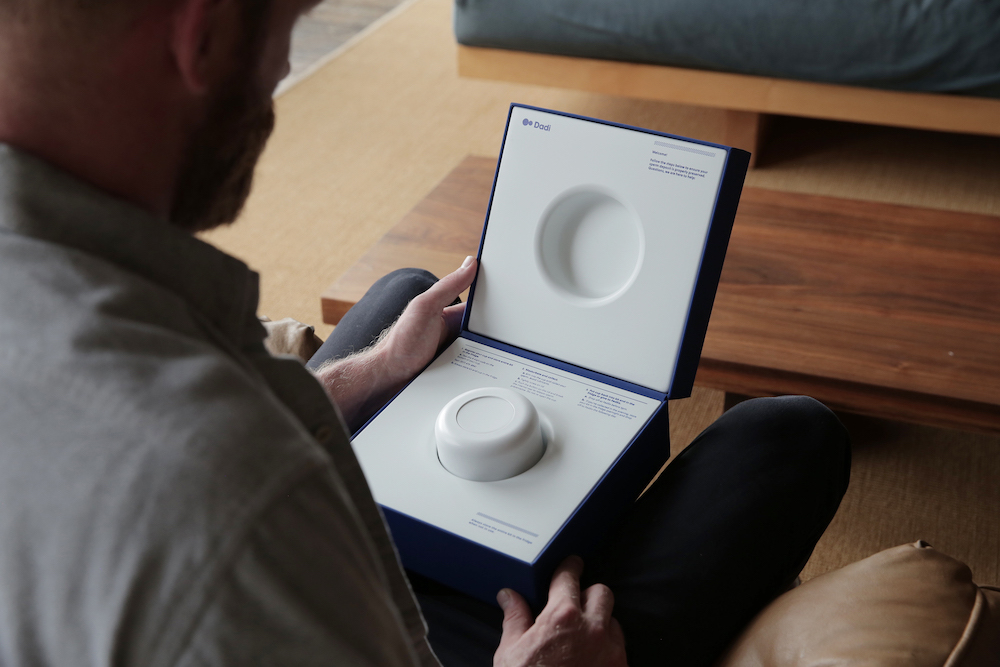 Similar to Hims, especially on the social side, our branding and our messaging definitely has some personality—somewhat tongue-in-cheek. There's a little bit of humor. I think the fundamental difference between us and other brands is the seriousness of the service that we're launching and our values.

Our core value as an organization are about security, responsibility, privacy and the highest medical standard. That's so important, given the nature of the business. We had a lot of core capabilities around the operational excellence, around messaging and branding the products, but we didn't, at our core team, have the experience of 30, 40 years of working in sperm banking.

I flew all over the country and met with a ton of different facilities, and we rested on a partner: The New England Cryogenics Center. They're based outside of Boston. They've been doing it for 47 years. They run one of the largest full-service cryogenics labs. They have the highest medical standards.

I think the difference between us and some other DTC brands is the nature of the service we're offering, where you have to be very operationally solid as you're dealing with people either in a very sensitive part of their life.

Could you describe the consumer experience of using the service?

We wanted to make sure that we were building a low-cost, long-term, safe option. The big part of that is making sure that men have the option to do it when they want, how they want and where they want. That really spurred the creation of our at‑home testing kit.

From the top, you order your kit. The kit's $99.99, including shipping. It comes to your house. You open it up. You take out the cup. You fill the cup. You close the cup. For the sperm to survive the journey back to our lab facility, it needs to be mixed with a preservative.

To improve the product experience and make it as simple as possible, we actually took the preservative and nested it inside the lid of the cup. After you screw the lid onto the cup, you hit a plunger at the top of the cup which drops the preservative inside the cup and mixes with your sperm. You then take the cup and put it back in the kit, seal it up and give it to FedEx.

24 hours later or the next morning it arrives at our partner facility where they then open up the kit. There it goes through processing. It does through the different tests which include your sperm count, your sperm concentration and your sperm volume. They also shoot a video of your sperm.

24 hours after giving the kit to FedEx, you receive an email which invites you to go your My Account page. On that page, it has your full fertility report, including the video of your sperm. Then we store it for either the monthly subscription of $9.99 a month or the annual subscription of $99.99 a year.

We've been building this service for a long time. When you compare it, most of the industry today doesn't offer any at-home collection. It's largely facility-based services.

There are a few that do offer the at‑home experience. In our experience, you end up getting a box full of a number of different cups, and plungers, and pipettes, and liquids. The instructions are very complicated. For us, we focus on one service, one SKU, simplifying it as much as possible.

Can you share anything about where Dadi is going, and how you think it will evolve in the next couple of years?

From a business standpoint, we believe that this is a really big industry all on its own. Sperm testing and sperm storage is a huge opportunity. If you're a man and a family, it's the best way you can ensure you could fertilize an egg in the future.

What's really interesting is given the subscription lengths and storage lengths with customers, we have an opportunity to build a long-term relationship with the customers that we have. In the future that might involve other services and adjacent verticals. We have high hopes for the product roadmap.

For the moment, we're really focused on trying to create the highest medical standard, security-based, responsible system that we can.