Op-Ed: Could Cars Be The Therapists Of The Future?

Dhruva was previously the Founder at Latch, a venture-backed startup disrupting the access market. Today, he runs Fastrope Labs, a product studio in Washington, DC., and publishes RIOT, a weekly combination of dad jokes and new product ideas.

Author Dhruva Rajendra makes the case for an untapped post-purchase need that vehicles could be poised to fill, turning consumers' daily commutes into therapy sessions—in short, wellness on wheels

It's all but inevitable that self-driving cars will become widely used in the next decade or so, assuming Skynet doesn't come online and kill us all.  Whether autonomy happens in 2020 (Elon) or 2030 (everyone else), the car is becoming more and more connected. It's becoming, well, a smartphone. With wheels. And airbags. And child vomit.

Over the past few years, Apple and Google have capitalized on this by launching connected car platforms. Now, your favorite apps, from Waze to Audible, have apps (meaning I can recycle this for more posts later). A while ago, R.I.O.T. covered the possibilities of integrating mental health apps like Talkspace into social media platforms like Facebook. I'd like to offer the connected car gods my own suggestion: Turn a car into a therapist.

Imagine your morning commute. Most of you are in the U.S., meaning you spend approximately 53.2 minutes commuting per day. (Fun fact: The longest average public transit commute in the country is in Idaho, clocking in at 121.4 minutes per day. Idahoans must crush audiobooks.) When you start your car, instead of defaulting to the last thing you listened to, it would ask if you'd like to launch an app, like Talkspace. From here, a few different experiences might emerge.

Upon launching the app, you would be guided through a series of questions to determine your current mental state. It would record the interaction as an event. Over time, you could plot your mental state on a graph, mimicking mood or emotion trackers. 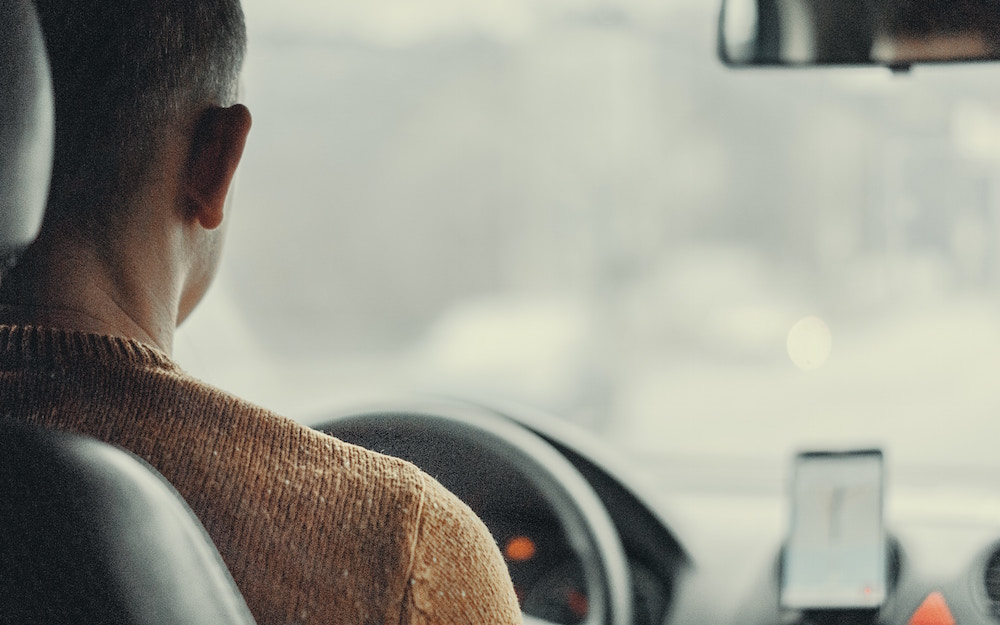 Not down to talk to your car? A few years ago, researchers at Carnegie Mellon developed a computer vision algorithm that can identify mental illness through facial scans. Early tests showed potential for screening depression, suicidality and post-traumatic disorders. This year, Volvo announced it was incorporating cameras into its cars to monitor driver behavior. If someone is distracted, the car pulls itself over. Perhaps the same cameras could figure out how you're feeling and get help if they determine you're a danger to yourself or others.

There are other possibilities, too. When I'm driving to the office, there are two or three different routes I can take through Washington, D.C. They all take the same length of time, give or take a few minutes. If I ask Waze or Google Maps (no, not you, Apple) for directions, the default is always the quickest route. Sometimes, I prefer to add a couple of minutes if it means I can drive through Rock Creek Park and enjoy nature instead of the constant stop-and-go that is Connecticut Avenue.

I might be on to something: A recent study conducted across four European countries found that people who commuted through natural environments experience reduced stress and enhanced mental health.

Back to the commute—you could use the time to listen to your favorite podcast, catch up on the news or jam out. But what about using the time to improve your mental well-being? Based on how you're feeling, or, rather, how the car determines you are feeling, it could customize your audio experience. If you're driving your kids to school or  taking them out, perhaps the car could react to their moods as well. It could deliver all of the above to help put your family at ease.

We spend a lot of time driving. That's a given, at least until the next era: flying cars. The blending of hardware and software could create a significant impact on our well-being. Let's do it, kids.