PSFK speaks to the founders of the Cha Cha Matcha franchise about building a next-gen cafe and brand experience that focuses on peer-to-peer connection, digital detox, cross-industry collaboration and sustainability

•In the competitive landscape of matcha-focused cafes, one establishment has remained a top player in even the fickle streets of New York and Los Angeles: Cha Cha Matcha, the brand that loves you so matcha.

•The company strives to differentiate itself with a focus on an in-store experience that invites customers to stay a while—even eliminating wifi to encourage screen-sick visitors to connect face to face—and building a unique image by collaborating across verticals with the likes of Kith, Louis Vuitton and Versace.

•PSFK had the opportunity to speak to Cha Cha's founders to learn about redesigning the cafe experience to connect with younger consumers needs for true hospitality, not just grab-and-go service, and driving engagement with cultural relevancy.

PSFK: What did you set out to do differently with the Cha Cha Matcha cafe experience?

Cha Cha Matcha founders: Five years ago, or so, we’d be walking through NYC and to be honest, when we’d go get a coffee or tea, the places we’d go to, while they may have made a great cup, we just really didn’t feel comfortable hanging out there. Maybe it was pretentious (or unfriendly) baristas, or maybe it was just an uninviting atmosphere. All of this added up to a culture where we would grab and go — but we didn’t want to!

We wanted to chill and linger and chat. But the vibes at these cafes weren’t really conducive to chilling. As we started to concept Cha Cha, that was the real focus: an escape from the hustle and bustle of the city. A place where chilling and community camaraderie were front and center. We really wanted to put the hospitality back in hospitality.

Tell us about going beyond a product and a store, and really creating a community.

Cha Cha really started from that spirit.  It was birthed not only out of a love for Matcha, but also in wanting to create a place for people to actually unwind, to hang, to chat. We do not even offer WiFi anymore. We did this to get people to socialize (and plug it in). Our spot in West Hollywood, in particular, was built from scratch with all this in mind. 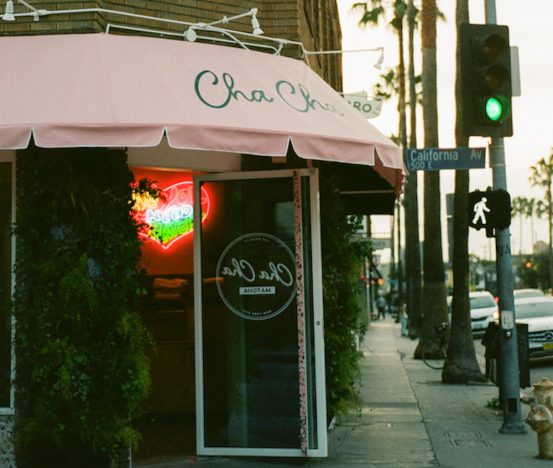 Tell us about some of your partnerships that cross into other verticals, like fashion and art, for example, with Virgil Abloh or Kith x Versace. How did these manifest, and how did they serve Cha Cha‘s greater mission?

The Kith x Versace collab came about really naturally. We met Ronnie Fieg, founder of Kith, and we became fast friends. We shared a similar ethos—both in life and business. Turns out Ronnie was never a coffee guy and matcha was a big part of fueling his busy schedule at Kith. When he approached us about Cha Cha being a part of the Kith x Versace experience, it felt really natural. We invited them to redesign the cups and sleeves, and the whole thing felt like an organic extension of our brands.

In what other ways does Cha Cha merge food and bev with culture?

Sustainability is a big thing for us, and will continue to be going forward. We really want to educate our community about the importance of using sustainably sourced products. We’re proud to have eliminated single-use plastics from our stores, and we’re going to continue educating our community on different ways they can reduce their footprint. It’s a simple act, but one that we want to continue to thread through our business practices. 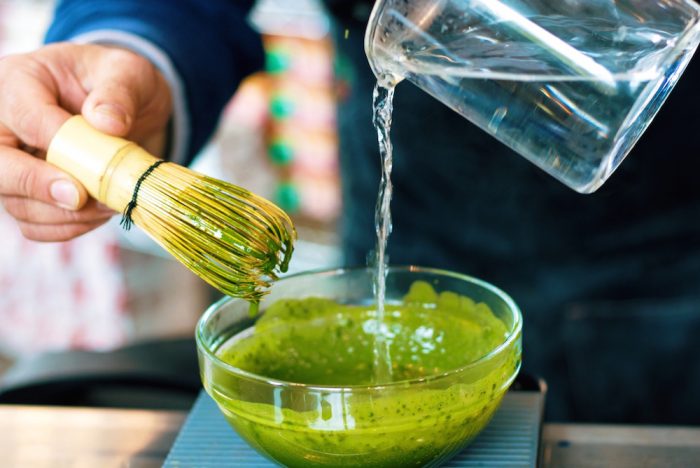 Tell us about what's next! Any projects or upcoming collabs you can share?

We were honored to be a part of the Louis Vuitton X exhibition. We served matcha in their incredible space in Beverly Hills during the opening gala. We’ve got a few big things coming up in September that we can’t go into too many details about right now, but we’re excited! 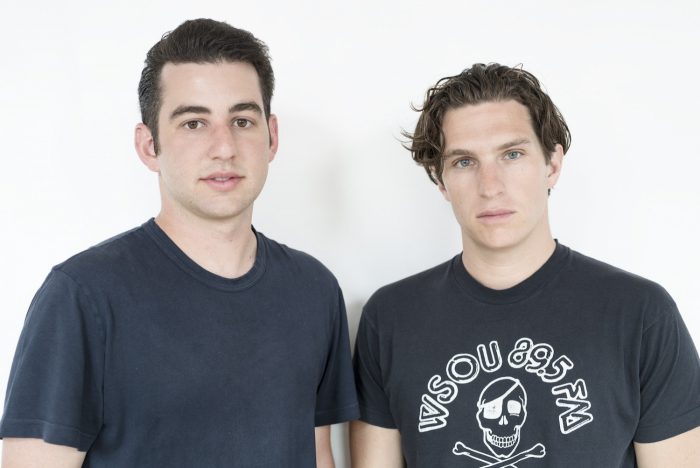