In this series, Piers Fawkes dives into what life will look like a decade from now. Kicking off his analysis, he investigates communal living

In this series of articles, PSFK's Piers Fawkes will explore scenarios and signals that suggest the ways in which we will live by the end of this new decade. We’ll look at six key future trends, listen to expert opinions and examine fringe ideas that may be mainstream by 2030. This is the first post in the Future of Home+Living series.

Colive is a new shared apartment in a converted attic in Södermalm, one of Stockholm’s most sought-after neighborhoods. The space is designed to be shared by between six and 12 people. There are six private rooms with soundproof door and locks—but the residents share a fully-equipped kitchen and other socializing areas that are decorated for what the owners describe as the “best home feeling.”

Colive joins a number of communal living spaces that have recently been developed in Scandinavia. A similar community space, Hus 24, can be found in one of Stockholm’s medieval townhouses, and another, K9, in a converted, disused hotel that was renovated to hold 50 professionals.

Colive founders Jonas Häggqvist and Katarina Liljestam Beyer believe that with digital tools, the right residents can be matched together. They also believe that innovative, smart and surface-efficient architecture gives access to a home with room for both privacy and community with others, at a price most people can afford.

I recently spoke with Evamaria Rönnegård, an expert leading the Better Living effort at IKEA. She believes that we need to rethink how we design, finance and build our future homes.

“A shared economy does not only mean that people share things; it also means that people will share spaces to a higher degree,” Rönnegård says. “Newly built neighborhoods, houses, apartments and other spaces will be designed to cater for shared spaces from the beginning. We will also see more and different kinds of services, solutions and types of products that are especially designed for shared living.”

Speaking to the BBC, Colive founder and compound entrepreneur Katarina Liljestam Beyer provided some insight into why people might want to choose to live in these communities — including overcoming loneliness during long winters and avoiding long queues for affordable apartments.

“In Sweden it’s really dark in the evenings during the winter and you don’t feel like going out during the week, which makes some people feel isolated. If you already live with other people, you have your dinner company under the same roof as your own room. If you don’t want to socialize, you can just close your door.”

Loneliness is a recurring theme. A British YouGov report says that 30% of millennials say they always or often feel lonely. Meanwhile in Beijing, a “loneliness” museum is actually designed to bring people together with group activities. In many ways, Colive, Hus 24 and K9 are signals about the way many of us could live in urban areas in the future. Rönnegård explained it to me:

“We are curious about how we could possibly create neighborhoods where different kinds of people get attracted to live their lives fully. A place that is attractive for people with different cultural backgrounds, lifestyles, income levels, genders, sexual identification and ages. It could be two families sharing a home, but it could just as well be two generations from the same family, two friends, or any other cohabiting constellation. By ‘family,’ we use the word in its broadest possible sense—it does not exclude singles.” 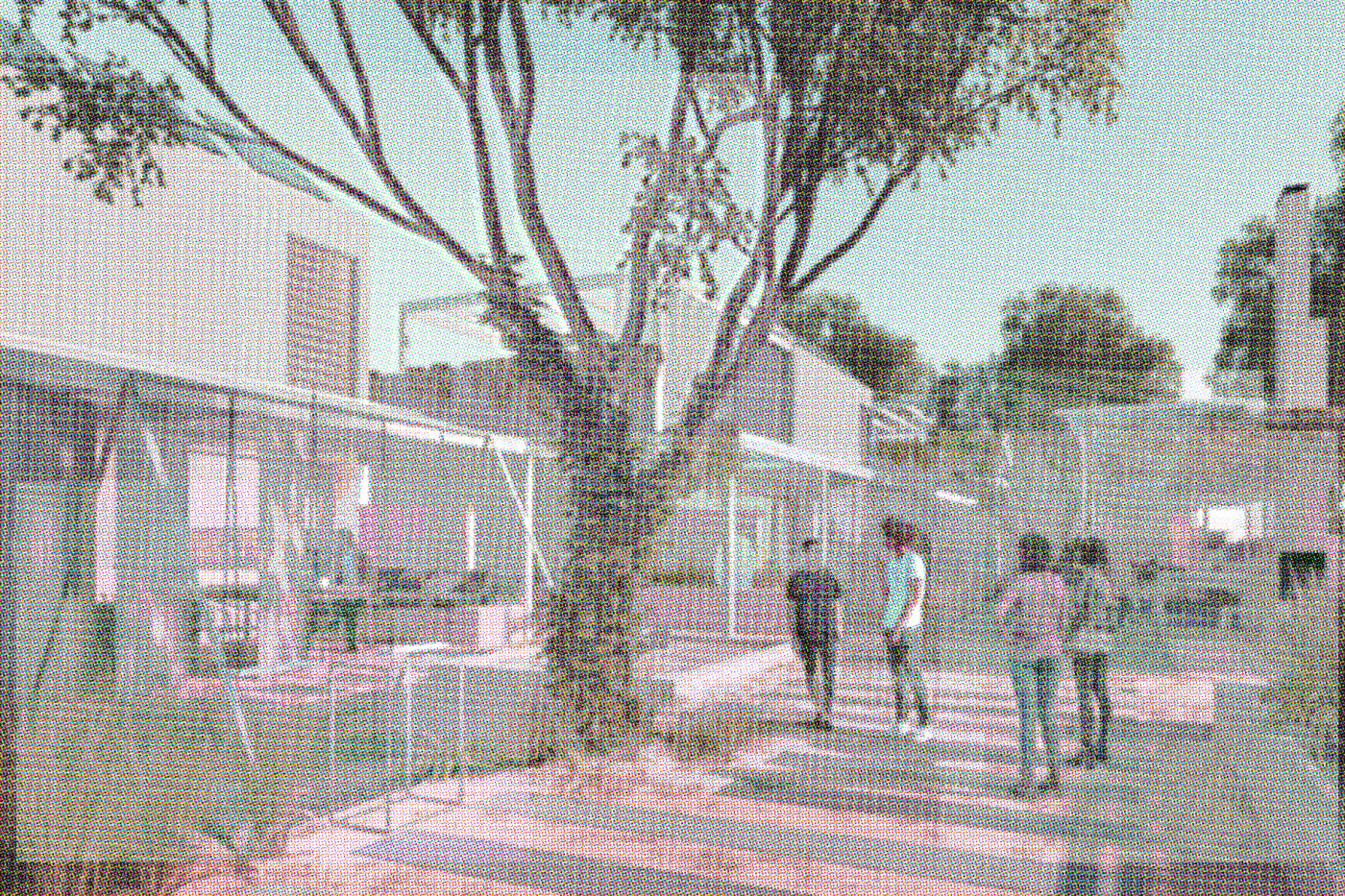 Picture this scenario: In 2030, people will sleep, play, shop and work in large buildings with hundreds, if not thousands, of others. They will live communally and all be very close to one another, using shared objects, appliances, services and physical space. Residents will also use shared spaces—sometimes as a group, sometimes alone or with friends and family, and the systems and architecture will coordinate to provide a sense of privacy.

In some of these compounds, people will have a permanent room to sleep in and to store items for their most immediate needs, but in other dwellings residents will “hot-bed” each night to different rooms or the bunks provided for them—and the few products they still own will be held in a vault and accessible on request. In some buildings, clothes and other personal items will be shared too.

These buildings will be close together and connect at different levels. Older apartments will be refashioned so that they connect easier to neighboring buildings and so people, goods and services can flow from one to the other more easily. Basements of these connected compounds will include food halls where dwellers can select multiple cuisines from different windows or food carts, which is prepared in common kitchens.

Outside of city centers, row homes will start to connect to each other and residents will share service areas. Kitchens and bathrooms in this “middle housing” will be centralized across the conjoined buildings and replaced by more living and work spaces.

The concept of property ownership will fade and the expectation of privacy will be a fleeting one. The “neighborbuilds” that people end up living in will be suggested to—or selected for—them based on their profiles and the profiles of friends and colleagues. Some people will complain about systematic discrimination against less affluent or socially-accepted groups.

Food & Beverage
Suburbs will start to be redeveloped for food factories. For many people, the spread-out neighborhoods will be too far from urban centers of work, play and education. Centralized urban hubs will demand food and we will see the beginning of homes and streets in the suburban spread being replaced by colossal, wide buildings. Inside the buildings, a controlled climate will grow traditional crops that will be harvested by robots on wires. The roofs will feature a mix of solar panels and “heirloom” crops that are more resistant to the warming climates.

Hotels, Hospitality & Travel
When we decide to go on vacation, we will find remote locations but stay in communal spaces. Because modern services, goods and experiences will be provided best when a critical mass of people is served, we will avoid isolation in wood cabins or small islands. Instead, we will look for remote hotels where likeminded people travel, and from there we will explore the landscape, historic towns and even farm factories in smaller, guided groups. 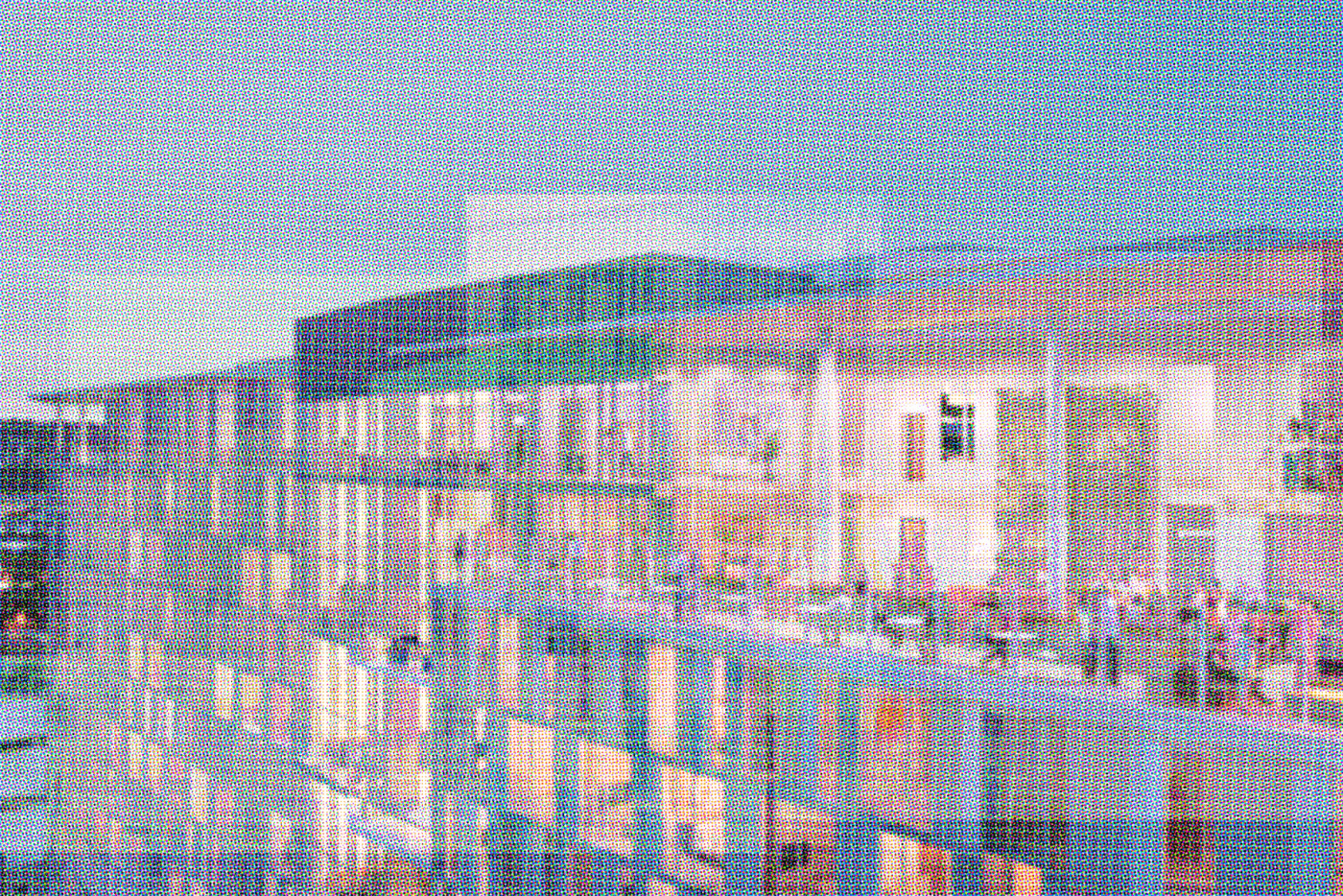 On the edge of Atlanta, Serenbe is a communal wellness community connected to nature. Steve Nygren bought 60 acres of wilderness and has built four neighborhoods of residential and commercial buildings. The approach was to look at building typologies in English and other condensed European towns.

While there are examples of community spaces in more rural and suburban spaces, the focus is in cities. Rönnegård recently told Bloomberg that if we believe the estimate that 70% of the world’s population will want to live in cities by 2050, homes could include large hotel-like complexes featuring hundreds of bedrooms depending on need and cultural preferences.

There are several other examples that point to Rönnegård's vision of multi-room shared residences, and IKEA itself is already is developing housing complexes in the south of England, in partnership with building firm Skanska. Over 5,000 miles away in San Francisco, a seven-story apartment block has been built to operate more like a hotel. In Nashville, developers have built an Airbnb-style hotel, and in San Jose a proposed 18-story co-housing unit dubbed a “dorm for adults,” built by Starcity, will have 800 co-living units. It certainly seems like in every city there’s a co-living block being developed.

Innovation manager Angus Maclaurin wrote to me about this subject and told me that he has always wondered why we can’t have a more shared ownership model:

“Why can't you get partial equity when you rent a place? The vast separation between rental and ownership feels off, and that there is an opportunity to change that. It makes me wonder what examples from adjacent markets exist. For example, you buy an iPhone with the option to upgrade, a partial rent and partial buy combination.”

There are also different models of communal compounds developing: In Los Angeles and San Francisco, residents can rent a pod with Podshare which gives them a bed in a bunk, a locker, access to Wi-Fi and some staple foods and toiletries.

Elsewhere, developers are mixing commercial and residential together. At the Spektrum building in Gothenberg, the ground level is a public space, containing a restaurant, stores and offices. In the basement is a bowling alley, and the second floor has “flexible school facilities” that can be used by various businesses during the day and residents in the evening.

There is some concern that these residences become filled with people with similar backgrounds who work at similar employers. Station F, for example, is a community compound developed just outside of Paris for 600 employees of startups.

In Habitus Living, design journalist Thida Sachathep explores the way housing will have to change. “The main idea is to create livable neighborhoods for diverse demographics, multi-generational living and flexible working behaviors,” Sachathep writes. “Missing middle housing can be categorized as multi-unit or clustered housing types suitable for single-family households, and are highly compatible with neighborhoods as it diversifies the community.“

For those not wishing to live in these large domiciles, there will be an alternative, parasitic style of living—but for many, the world will revolve around a private bedroom. Maybe one day it will be the only room in your home that you can truly call your own. 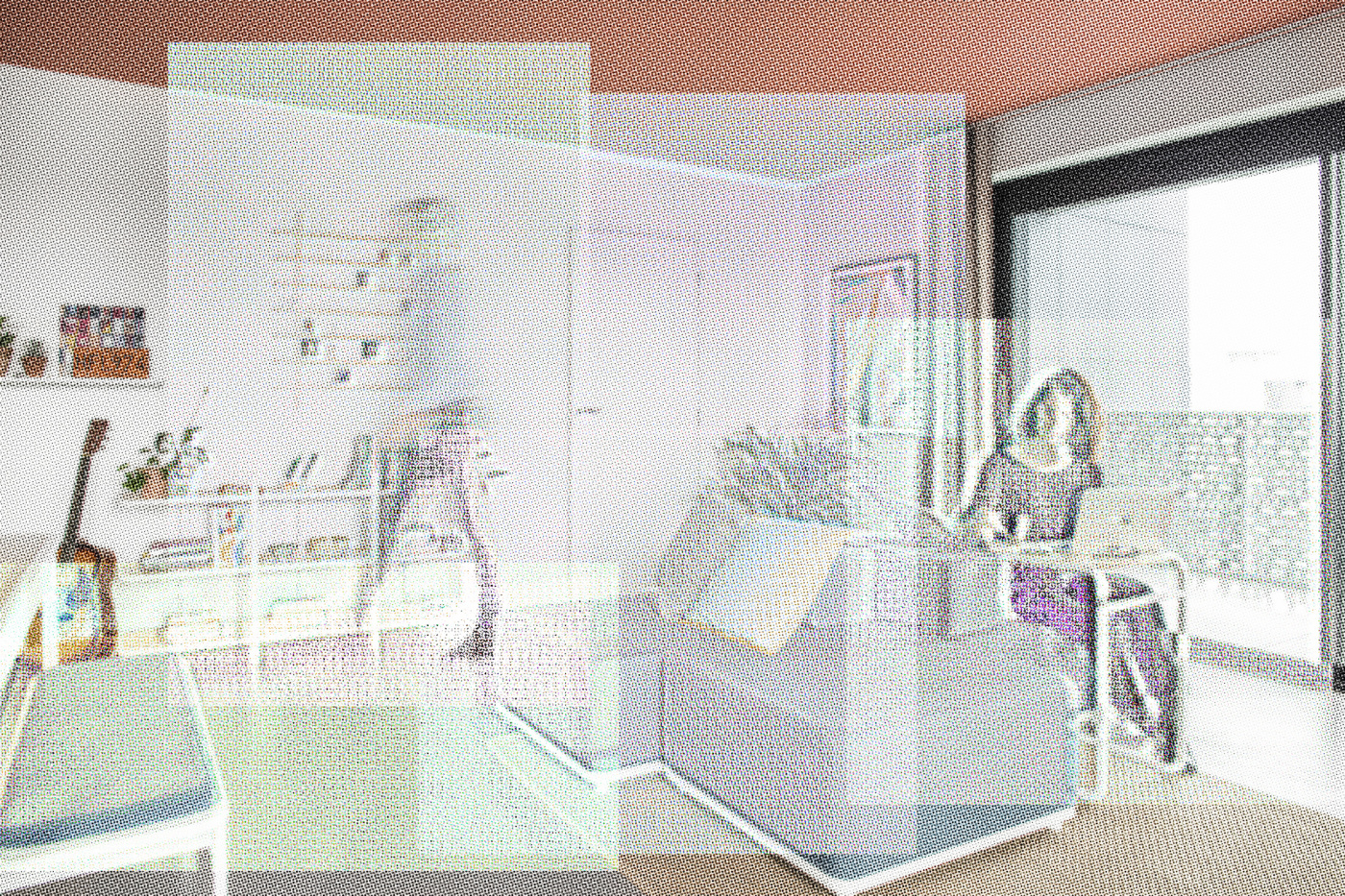