2030: An Introduction To The Future Of Home+Living

PSFK founder Piers Fawkes dives into what life will look like a decade from now. First up: an introduction to the project through urban revitalization

In this series of articles, PSFK's Piers Fawkes will explore scenarios and signals that suggest the ways in which we will live by the end of this new decade. We’ll look at six key future trends, listen to expert opinions and examine fringe ideas that may be mainstream by 2030. This is the introductory post in the Future of Home+Living series.

For many, the mental picture of any city in Alabama might be of a once-vibrant but now-sleepy market town that is literally and figuratively thousands of miles away from the bustling metropolis of New York or the dynamic churn in the South Bay below San Francisco. Instead of startups and innovation, when it comes to the South we might think of cotton trade and waterways. We might even think of darker times and a population conflicted about the future.

Alabama’s capital city of Montgomery, however, has long been a place of change. In 1886, it was the first U.S. city to have electric trolleys that ferried the city’s workers along the Lightning Route. In 1955, it was where Rosa Parks refused to move her seat in an act that became a cornerstone of the Civil Rights movement. In 2019, the celebrated artist JR engaged the community to create an exhibit of locals faces all along the once-vibrant Dexter Avenue. Montgomery was also one of the first cities in the nation to implement SmartCode zoning, which has driven mixed use and has led to downtown revitalization and new urbanism projects. 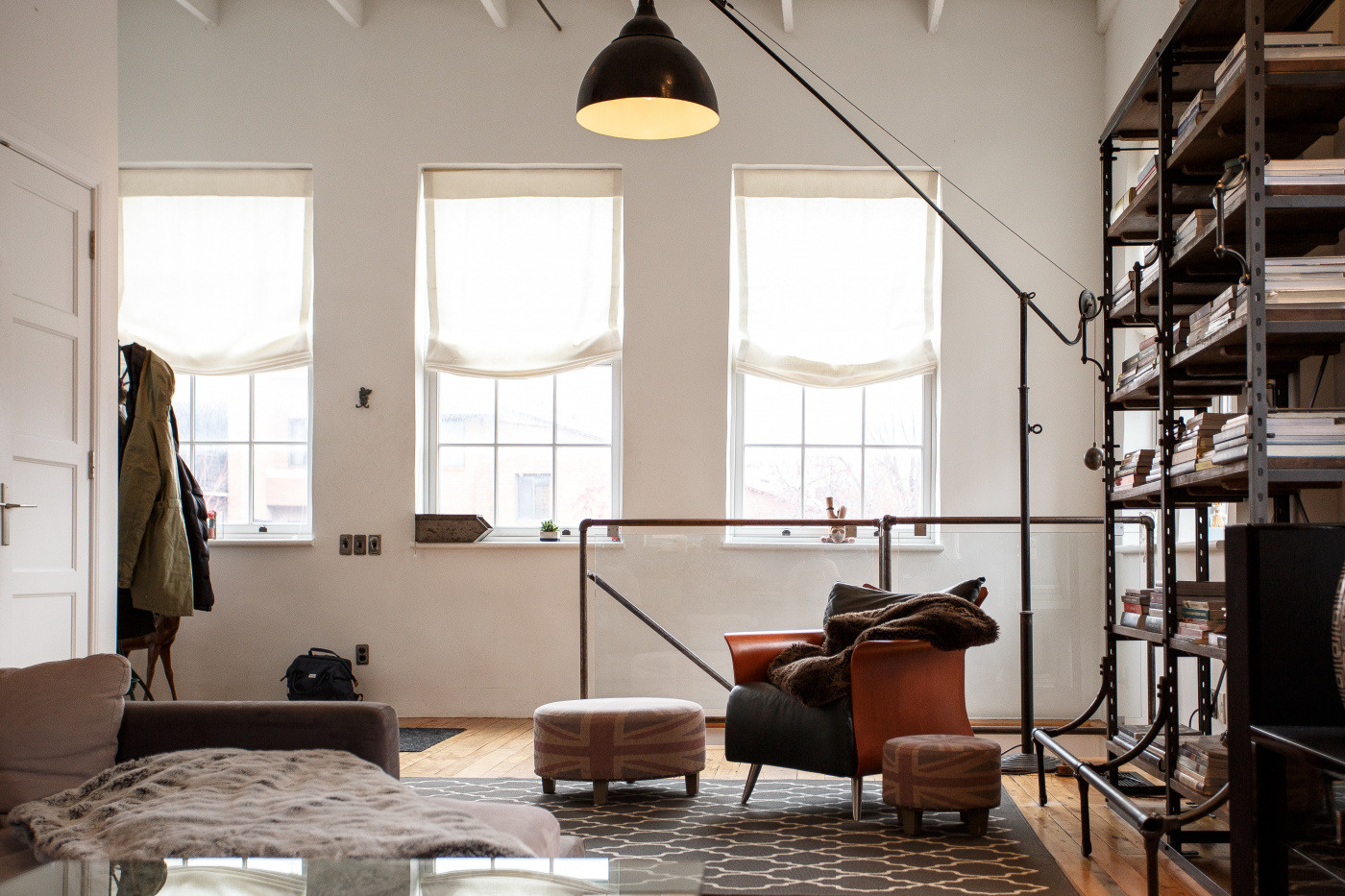 Today, you can find an example of a revitalization project on the corner of Monroe and Dexter in downtown Montgomery in an ornate, aging building that once held a department store. The Kress is an original example of the stores built by S. H. Kress & Co., which operated hundreds of stores that dotted the South from 1896 to the mid-20th century. Across towns and urban centers, many of the original Kress buildings still stand, being redeveloped as restaurants, lofts and corporate offices, and their basements as bars and nightclubs.

In 2015, Sarah Beatty Buller and her husband Mark Buller bought and started work on the empty Kress building in Montgomery’s city center— along with a dozen other buildings. While actively engaging a dialogue with a community with a deep sense of local history, the couple started to redevelop each building as mixed-use spaces combining office, residential and retail under one roof.

Four years later, Kress on Dexter offers 28 one- and two-bedroom apartments on its fourth and fifth floors, and on the first and second floors, there is now 65,000 square feet of mixed-use retail space. But Beatty Buller has always seen the Kress as more than just a real-estate project. On the third floor, they have built several community offerings: a meeting room for not-for-profit groups, a story booth to record the audio history of the local community and an art space that often celebrates the “stories emanating from Monroe Street, which in its heyday was the epicenter of Black Enterprise and culture.”

You may have seen similar projects repurposing buildings, like the Ponce City Market that occupies an old Sears building in Atlanta or ROW DTLA that has been built on a rail hub in Los Angeles.

I’ve been tracking the work of Sarah Beatty Buller for a while now. In 2009, David Pinter interviewed her for PSFK about the green building movement she was pioneering through her retail and wholesale start-up Green Depot—and I later asked her to present at the annual PSFK conference. With a mix of corporate vigor, entrepreneurial spirit and a passion for the community, Sarah Beatty Buller has always been a pioneer in tune with cultural and market trends. I recently spoke to Sarah about her work and whether she thought it presented future possibilities for the way we live:

“The rebuilding of Kress on Dexter has reaffirmed my belief that people crave connection and authentic, shared human experiences. Technology has expanded virtual access, but has not supplanted this innate human desire. The Live/Work/Play model is, in some ways, a return to the piazza or town square of the past—diverse, resilient, intergenerational. I consider the Live/Work/Play model to be the most optimistic, sustainable and flexible system for community building and development.”

Far from sleepy, what’s going on in Montgomery is a lightning route to the future. Kress—and Beatty Buller’s work—give us a peek into the ways cities are changing and how many of us will be living by the end of the 2020s. 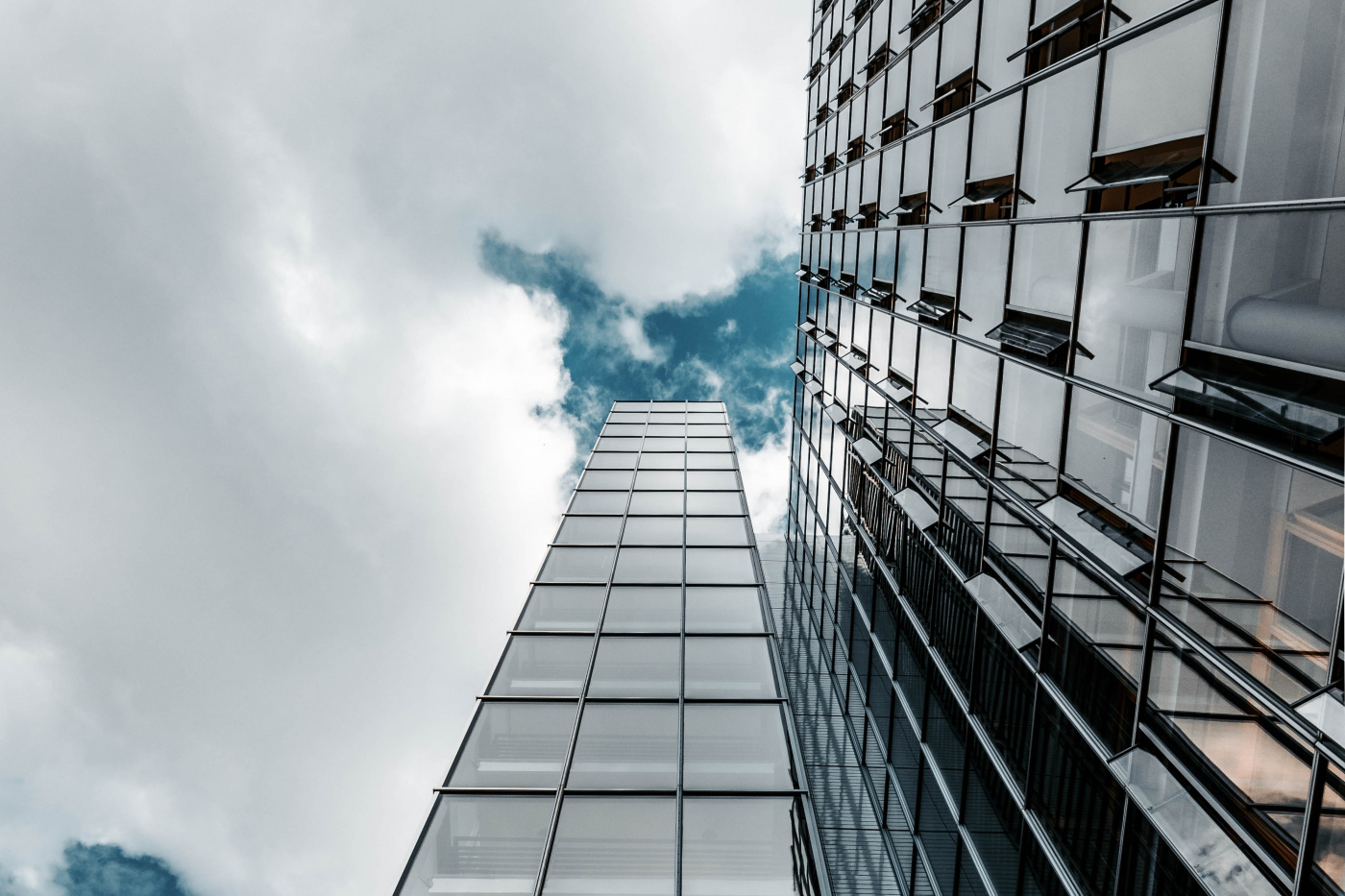 An Introduction to Tomorrow

Picture this scenario: By 2030, most of us will live within or very close to urban centers. Despite the promise of virtual offices and remote working, by the end of the next decade most people will hold down multiple jobs and this will drive people to reside close to their places of work.

People will also feel the need to live in urban areas because of access to a modern and dynamic suite of services that is hard to find in areas of less dense concentration. With their fragmented lives, people will use the suite of services to handle daily chores while they are working at one of their jobs.

With traditional housing stock being monetized for short-term hospitality and entertainment, more and more people will live in communal compounds or in parasitic buildings, literally clinging onto the city. People’s homes, objects and appliances will embrace a retro-futuristic aesthetic, borrowing from previous eras that were excited about tomorrow.

Restricted by space and time, their sentient dwellings will monitor residents and respond to help them make the most out of the space — whether that’s to sleep, work or just find some privacy and cloak themselves and hide from prying sensors. 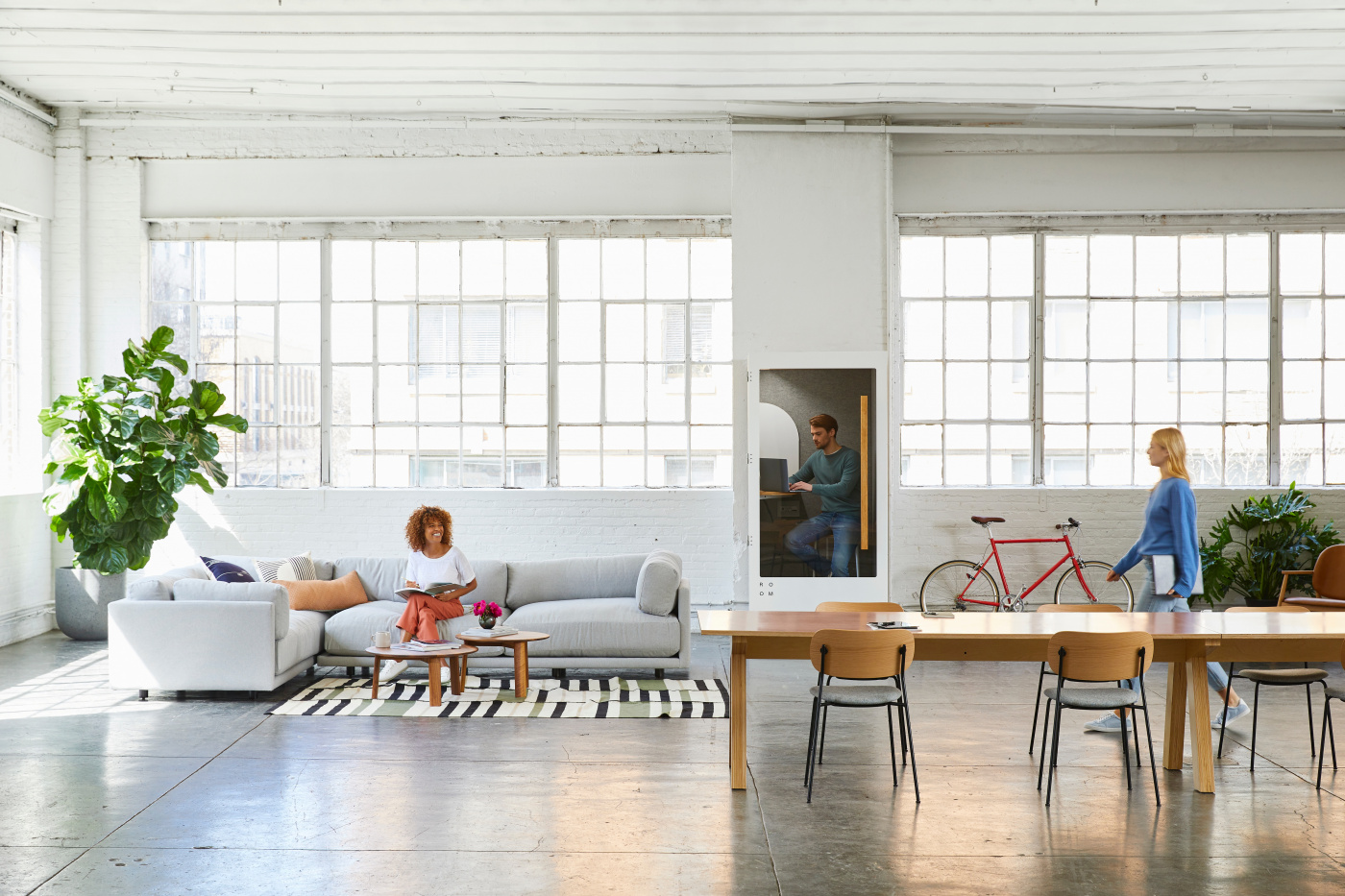 The 2030 Series on the Future of Home+Living

For this limited series of articles, I’ve identified the following six patterns based on a research methodology I have leveraged to help some of today’s leading companies. The six themes I will explore around the future of home and living will be: communal compounds, parasitic living, sentient dwellings, yesterday’s tomorrow, bundled services and cloaking.

During the process, I have also interviewed a number of experts to help me validate and understand these trends better and you will see their opinion quoted throughout the articles. After I publish one of these themes each week, I will listen to feedback, talk to more experts and then build on this framework.

1. Super-Connectivity & Group Access To Services
Today, the expectation is that super-fast connectivity will help people live and work anywhere—but what will probably happen is that people will tend to live anywhere near urban centers. Instead of a workforce dispersing across countries and into rural regions, super connectivity like 6G will lead to the development of a range of support services that can only be optimized when a critical mass of users and suppliers are present. This means that for most people, to live a modern life with a full suite of these services provided for the community, they will need to live in a city or very large town.

2. Super-Connectivity & Reuse of Urban Dead Zones
Super-Connectivity will also lead to the redevelopment of ‘dead-spaces’ in urban zones. When communications, energy and utilities can either be delivered or beamed in , forgotten sections of cities—big and small—will be able to be converted into productive areas.

3. Shared Economy & Residential Displacement
As owners of homes realize that they can make more money from shared-economy services, there will be a transition. Traditional residences will be taken off the rental market and the owners will maximize their returns through short-term rentals for out-of-towners and other experiences—private dining, social clubs, workshopping or events.

This move could even drive up the price of houses as they transition from residential to ad-hoc commercial use. Unless they have the wealth to reside in historic single-dwelling buildings, more and more urban inhabitants will live, work and play in the nooks and crannies of our cities. 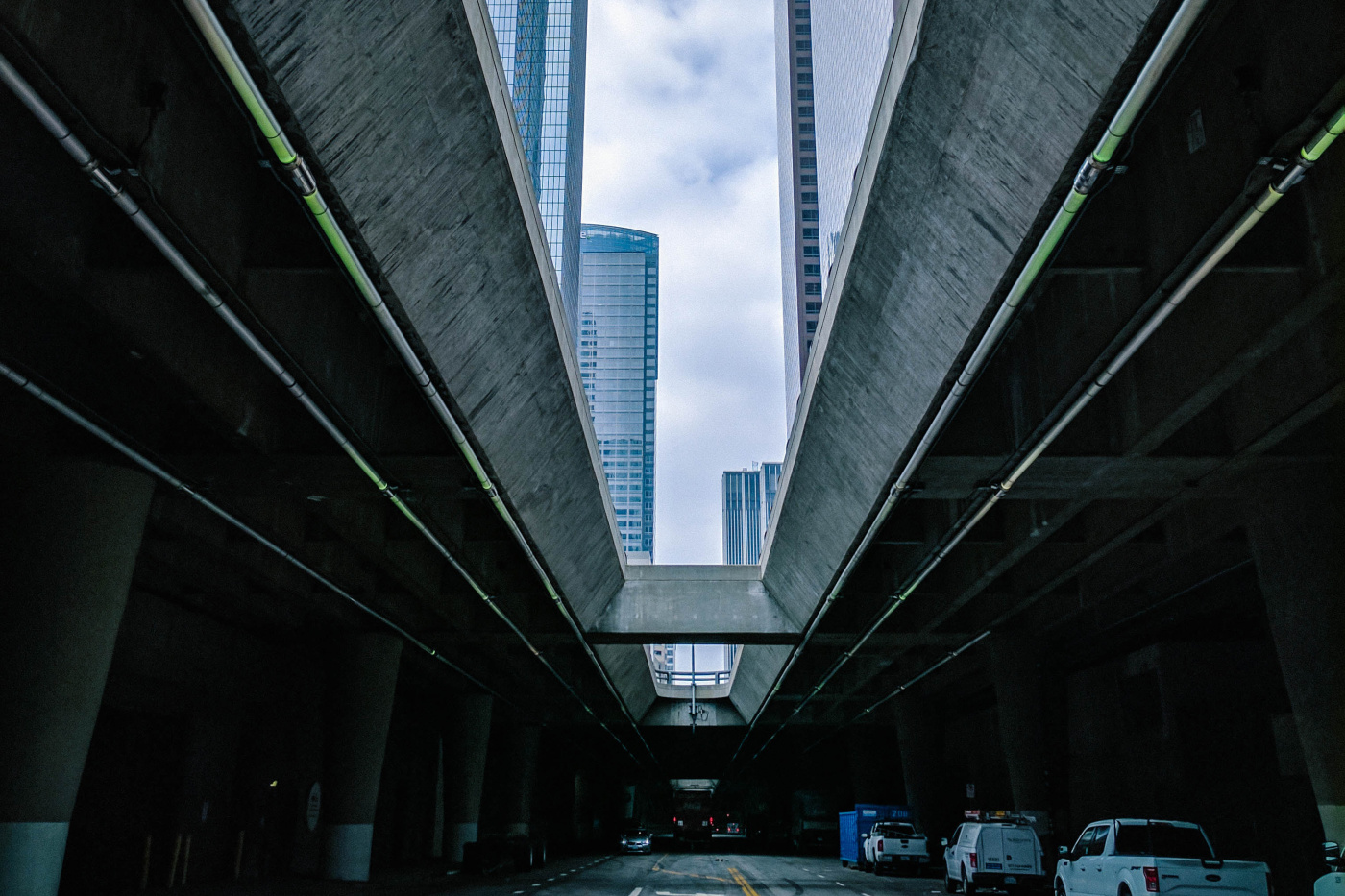 4. Shared Economy & Ownership Displacement
Owning things will become more expensive, especially if those items need to be designed to be shared and have multiple functionalities. Let’s take cars, for example—if cars can be shared and be designed to have multiple uses, their value and cost to produce will increase, driving further sharing of cars. With higher prices, fewer parking spaces will be needed. That logic can be applied across a wide variety of industries.

5. Uber-Employment
By 2030, most people you know will probably not have a full-time job. Instead, they will have multiple physical and cerebral micro-jobs. There will be less and less a pattern to the types of work someone does each week, or even each day—and instead these ‘uber-employees’ would be hired based on predictive modeling of demands for a corporation’s staffing needs. An intricate system of support and services will take the frustration out of being part of this gig economy, and the general attitude would be that people get the most out of this type of work are the ones who put the most in.

Working various gigs — at home, in service spaces, in offices—means that people will need to live closer to nodes of employment. Even if one job is handled ‘remotely’ from someone’s home, another job might require in-person attendance. They will need to live close to the city where the majority of work would exist.

6. Single State
Today, the barriers around how we perceive different groups are being overcome. People are being accepted for who they are and how they live. The notion of being single will evolve from being seen as a ‘life stage’ to a ‘life choice.’ Single people will also be distracted by access to a whole world of things to do and see, both physically and digitally. 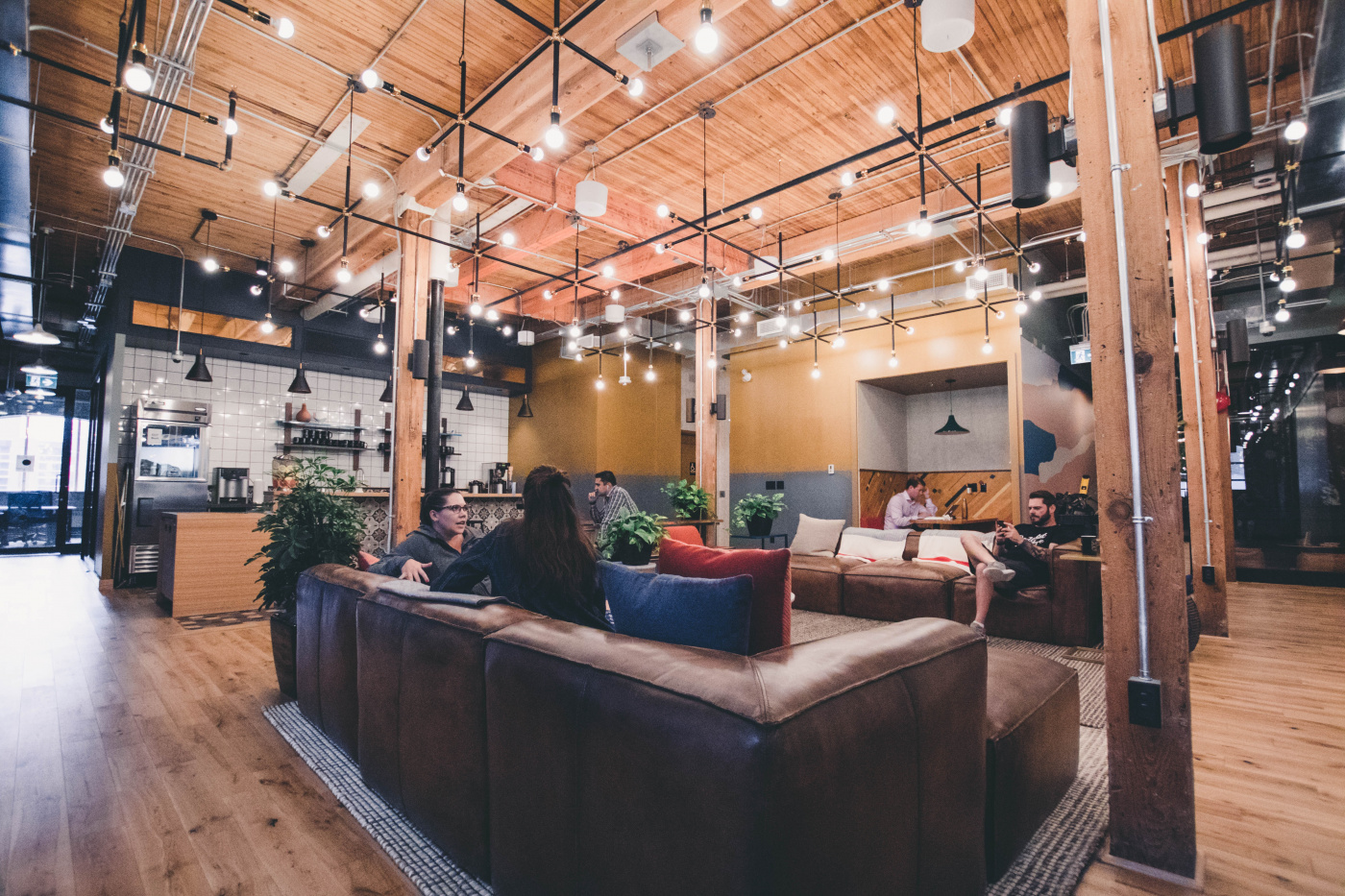