Strategies for Grocers to Enhancing Convenience, Quality and Community

Macala is a certified Google Analytics and Ads analyst who uses her knowledge to develop data strategies for B2B, Food, Wellness, and Agricultural (farming) companies. She's written for PSFK and Mashable; her expertise has been featured in numerous publications including the Wall Street Journal, the Los Angeles Times, NPR, DWELL, the New York Times, Ad Age and AdWeek.

Author Macala Wright discusses how grocers are responding to shifting consumer shopping habits, and speaks to innovators in the category about embracing smaller formats, popups, local stock and community

The global food & grocery market is set to hit $12.2 trillion by 2020, and the current U.S. grocery market is worth $655 billion. According to McKinsey, even though U.S. grocers have seen a steady 4.5% growth in revenue in the last 10 years in the U.S., many traditional grocery retailers are seeing their sales and margins fall.

Technology, the advent of e-commerce and shifts in consumer eating preferences have led grocers to see a profit margin loss of 54%. This leaves grocers in a challenging spot, as they attempt to meet consumer demands for convenience, rich experiences, and digital fluidity—while not passing those costs on to their customers. 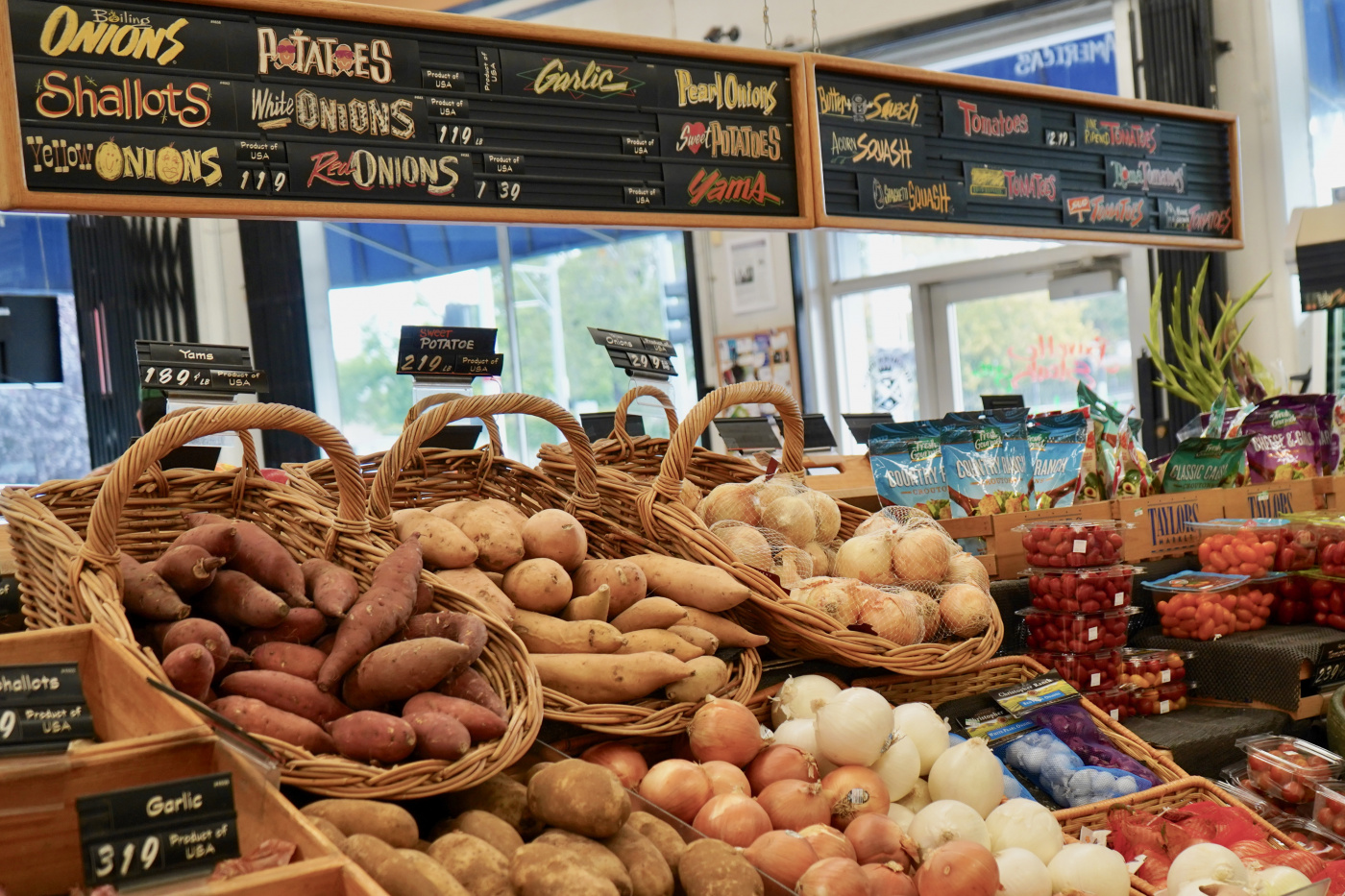 One of the largest shifts in grocery in the last five years has been the physical size of a store and the number of products it carries. Larger grocers have begun testing smaller, more curated store formats in cities nationwide. Of the best examples of this is Raley’s concept store, Market 5-ONE-5. Located in Sacramento, the store is 11,000 square feet built on three core values that they’ve identified as critically important to their customers. (ONE stands for organic, nutrition, and education.)

The store has a butcher shop, which only sells grass-fed meat and wild caught fish, plus a deli and a hot bar. It also offers a tailored selection of extremely high-quality organic produce, local products and well-known natural brands. Kevin Wright, the store’s general manager, shared, “When we launched Market 5-ONE-5, the focus was to provide our customers with a curated assortment of natural and organic products that they could trust.  We want our customers to know it’s all good.”

According to Wright, the store is on track with what they are hoping to see in terms of growth and the company is happy with the community response. “Our daily happy hours, weekend events and community health fair are customer favorites,” he shared. 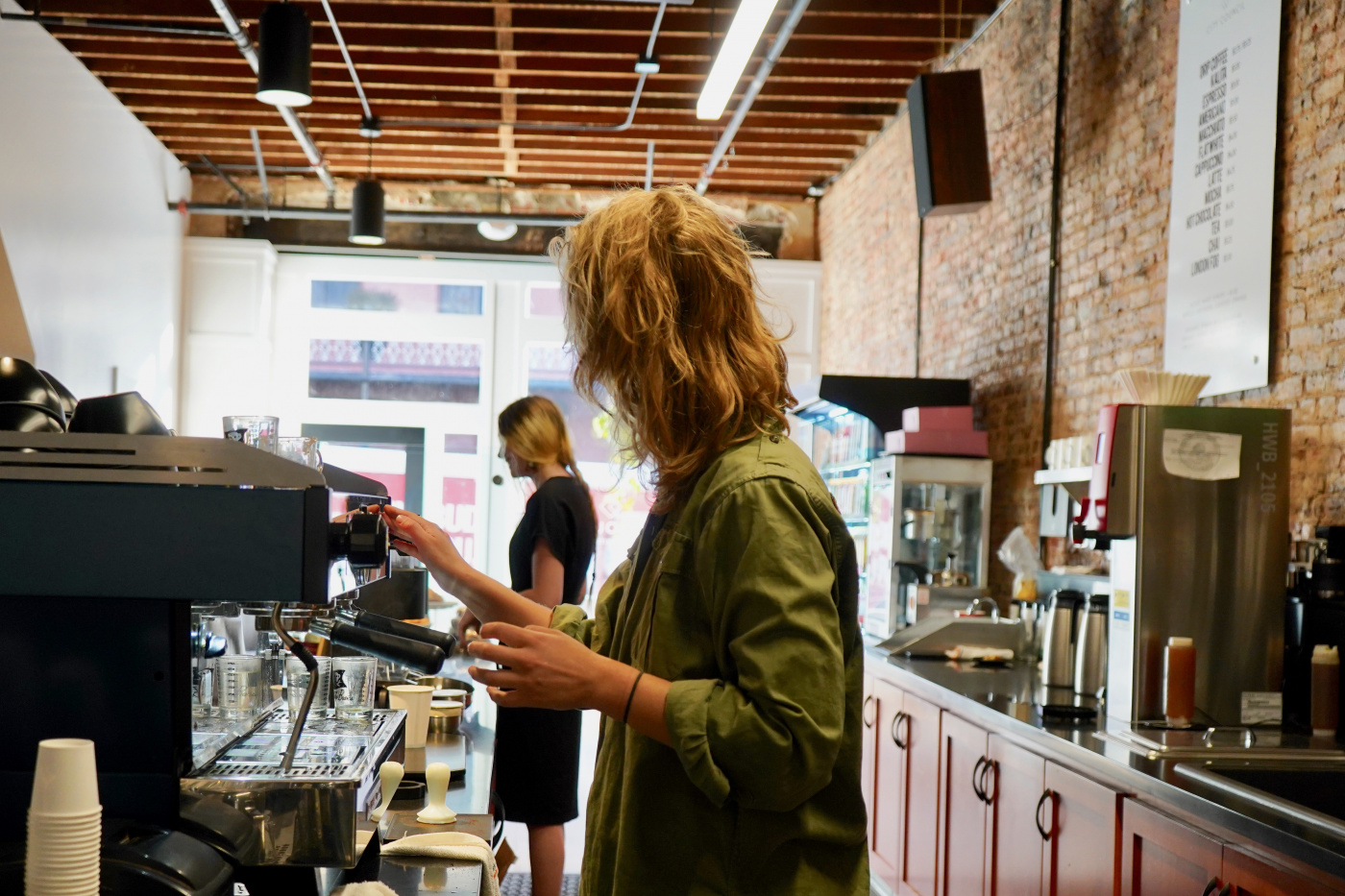 The Grocery Store Comes to You

Leave it to innovative New Yorkers to get rid of the permanent brick-and-mortar grocery store all together. This year, Emily Schildt, a brand marketer, founded Pop Up Grocer, a traveling pop-up grocery store showcasing hundreds of products from the most innovative and exciting natural food brands today.

In April, Pop Up Grocer opened in Soho for 10 days. Emily chose the high traffic neighborhood in order to fit the concept into an area that is well known for being cutting-edge and creative. She had to make the space friendly and inviting and to encourage exploration.

“We paid attention to every detail, from the fun, branded shopping baskets and t-shirts to the way in which we categorized and named the shelves,” Schildt said. Marketed through social media, influencers and co-promotion across featured brand channels, the store saw twice as many shoppers as she’d originally predicted.

The next Pop Up Grocer will from late September through late October, also in Soho. The store will feature over 150 brands, only about 25 of those returning from the last activation. “Our aim, given our community's enthusiasm for newness, is to bring an entirely new showcase of brands each time we return to the same city,” Schildt said. This time, the store will be open daily for 30 days. 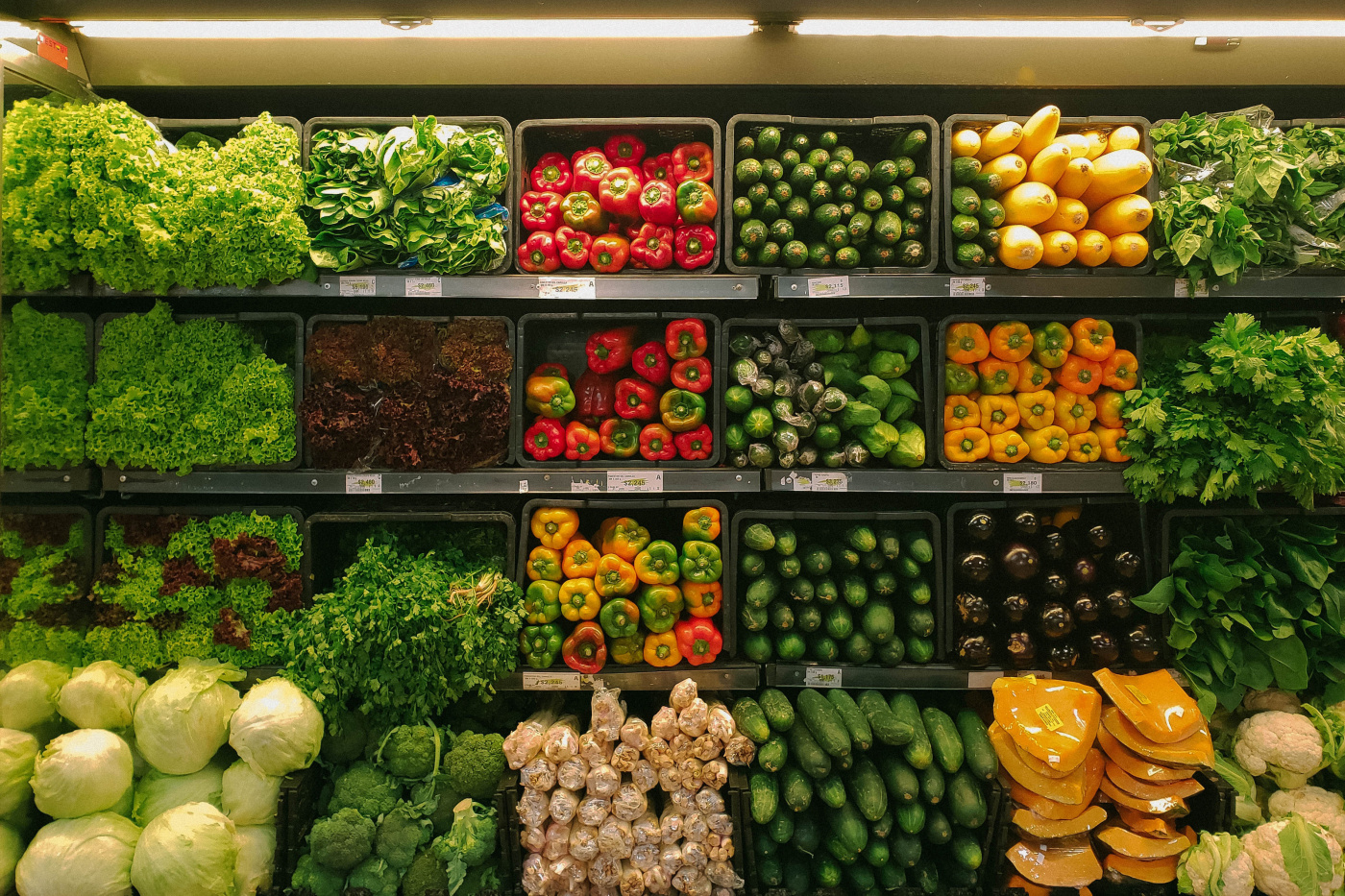 From Davis, California to Chicago, Illinois, food co-ops steadily continue to gain new members. Historically, food co-ops have catered to more affluent consumers who wanted to support local farms and eat organic; now they are being opened in rural and low-income communities.

According to Jacqueline Hannah, Associate Director of Food Co-op Initiative, the diversification in the model is being driven by three simple desires: the ability to have a place to meet as a community, to put money back into their community, and to simply have the ability to purchase food. She shared:

“In rural communities that are economically disenfranchised, grocers were and are closing. Residents need a source of food. In low-income areas, they need access to fresher and healthier food. In a world where food serves as a center for so many things, food co-ops are becoming their most viable solution to meet these needs.”

There are many great examples in the diversification of the co-ops. One of the most unique is Marmaton Market in Moran, Kansas, which was bought by the town when the original owner could no longer afford to operate it. People visit the store on a daily basis to get their morning coffee and buy groceries.

“Overall, the use of food co-op model is an economic model of empowerment,” Hannah shared. The challenge for food co-ops is access to fairly priced food as the consolidation of the grocery  industry causes further challenges in how food is distributed. 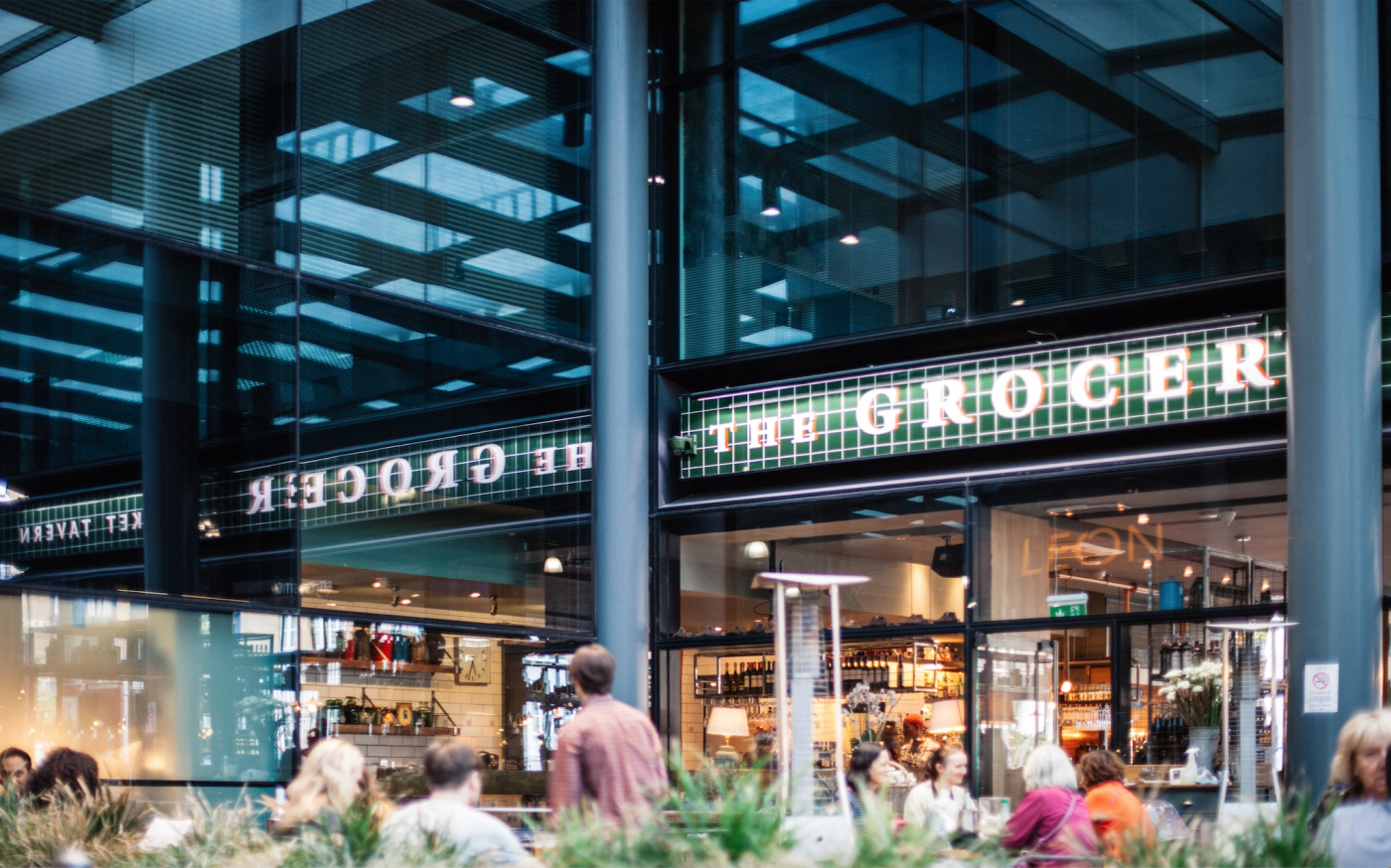 The average American is now eating 222 pounds of meat per year, and wanting better quality meat. So it’s of little surprise that butcher shops are experiencing a renaissance even as the plant-based alternatives are hitting the market in force.

According to Danny Johnson, the co-owner of Taylor’s Market and board member of the Butcher’s Guild, butcher shops and local markets have survived in the era of mass grocers because there has always been and always will be customers who want a level of expertise, customer service and personal connection that they can’t find at large chains. Because of the consumer demand for greater supply chain transparency, larger grocers are now working with local butchers to educate their sales professionals on meat.

“There’s been a disconnect in the last 30 years that have brought them full circle in being able to understand and educate  themselves to what they’re selling,” Johnson said. “We’re now working with larger organizations to teach them how an animal is broken down, how cuts can be prepared, and of course, educate them to better meat standards.” 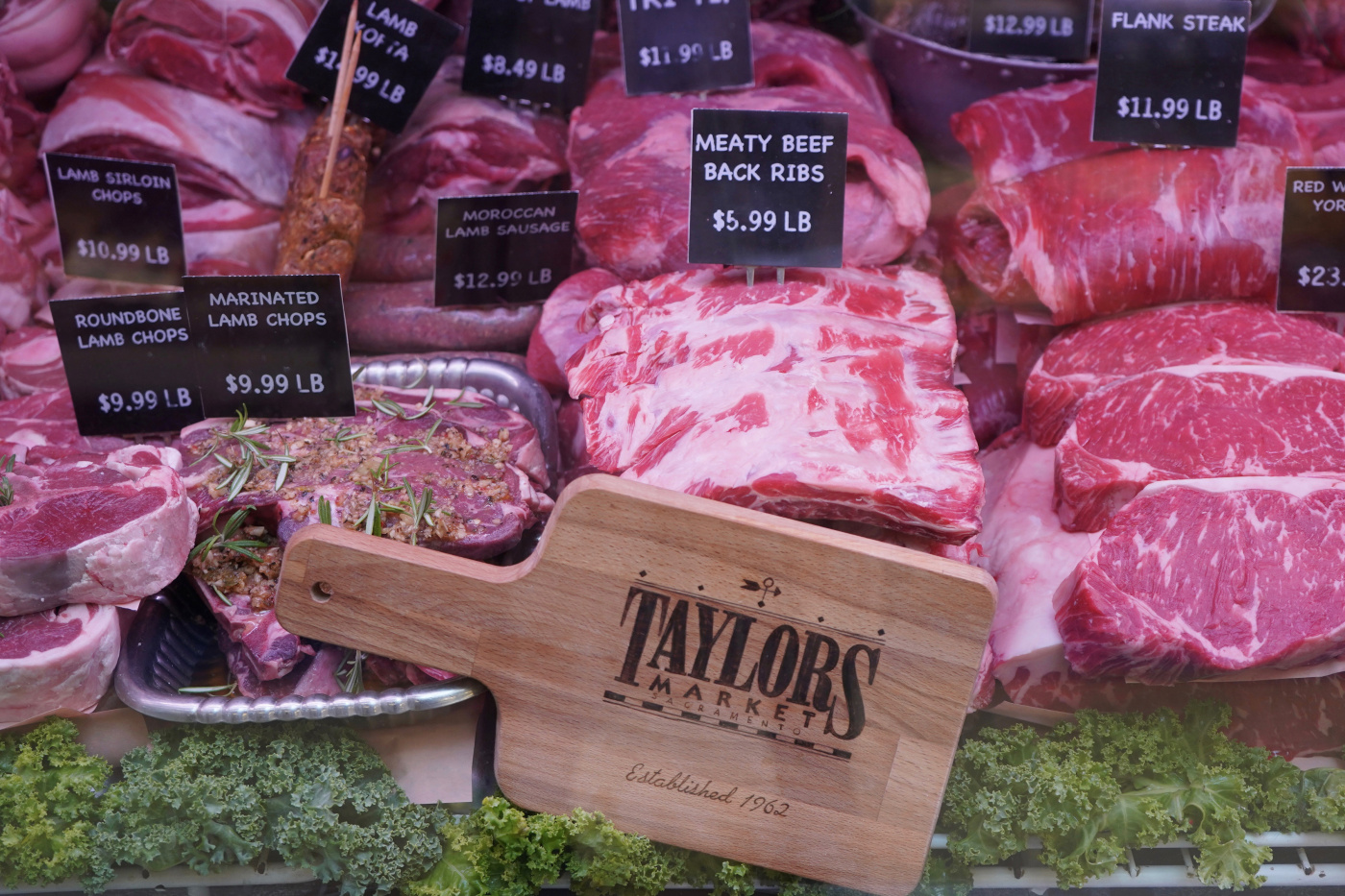 These four examples share several common threads. Whether people live in a large city or a small town, it’s evident that consumers want:

It’s safe to say to say that grocers who build and design stores that allow shoppers to satisfy their shopping quickly will continue to see their customer bases grow. Education, access and community are going to play a pivotal role in maintaining store profitability. What are you willing to pay for, as a consumer? Could declining margins be partially resolved by simply meeting needs and exceeding customer expectations? 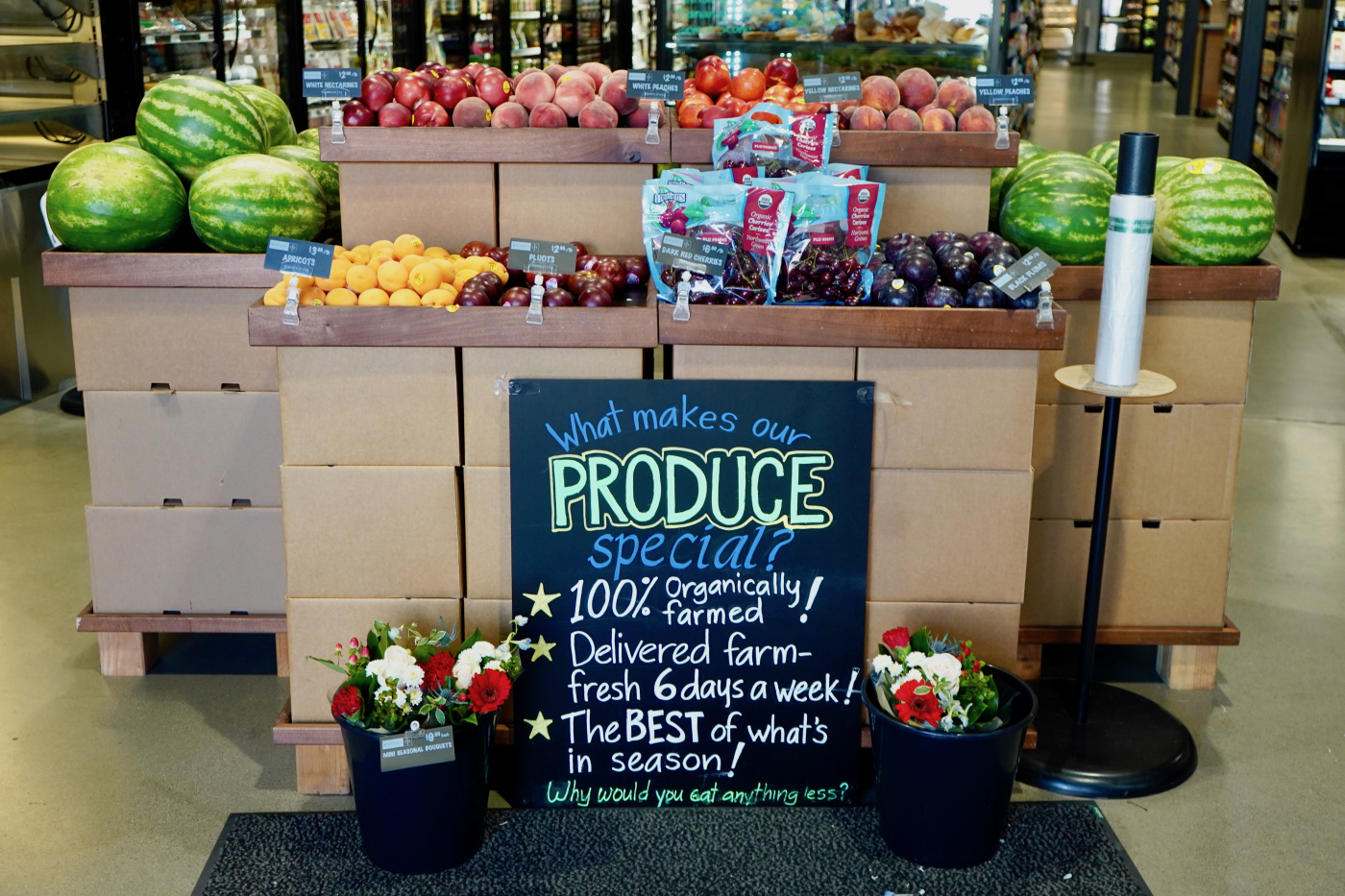