In a decade, common spaces will take on important new meaning, providing places to meet, work, study, exercise and even use hallucinogens

In this series of articles, PSFK's Piers Fawkes will explore scenarios and signals that suggest the ways in which we will live by the end of this new decade. We’ll look at six key future trends, listen to expert opinions and examine fringe ideas that may be mainstream by 2030. This is the fifth post in the Future of Home+Living series.

Blue Heart is a standalone shared living space in Chengdu, China—no one lives there, but the community is welcome to use it as a place to simply be. The building has three different areas, which are described as boxes: one for package delivery, another for a living room and a third for the kitchen. The building is an experimental community living room project that was designed by architects at Wutopia Lab as a way to bring residents together and counteract the experience of xiao qus, or housing models with zero communal space.

It's located at an easily accessible spot in Chengdu’s Go Mall, which is about 15 minutes from local apartment buildings. Wutopia Lab chief architect Ting Yu hopes that building fulfills the original intention of the xiao qu as a hub of communication where residents can hang out, relax and build relationships. In a piece in Frame, the influential Chinese architect says that the space is “a buffer between home and the public world.”

In that same piece, author Tracey Ingram wonders if Blue Heart is a bellwether for other city projects because of a dearth of gathering spaces. “Chinese cities… lack the central squares common to their European counterparts,” Ingram writes. “Instead of injecting such amenities into incommodious residential districts, they can be outsourced to nearby locations to provide a home away from home.”

Evamaria Rönnegård is an expert leading the Better Living effort at IKEA. In an interview, she told me that she thinks that it’s time to reassess how we build for community:

“We needed to rethink how we design, finance and build our future homes, neighborhoods and cities to tackle some of the urgent challenges we face in our new urban realities, while creating more livable, affordable and sustainable homes for the many,” Rönnegård says. “A shared economy does not only mean that people share things—it also means that people will share spaces to a higher degree. Former private spaces might become semi-private or shared spaces, whereas newly built neighborhoods, houses, apartments and other spaces will be designed to cater for shared spaces already from the beginning.”

Rönnegård also says that we will also see more and different kind of services, solutions and products that are designed specifically for shared living spaces like the one in Chengdu. In my mind, Blue Heart is a signal about the way we will live and interact with one another in the future. 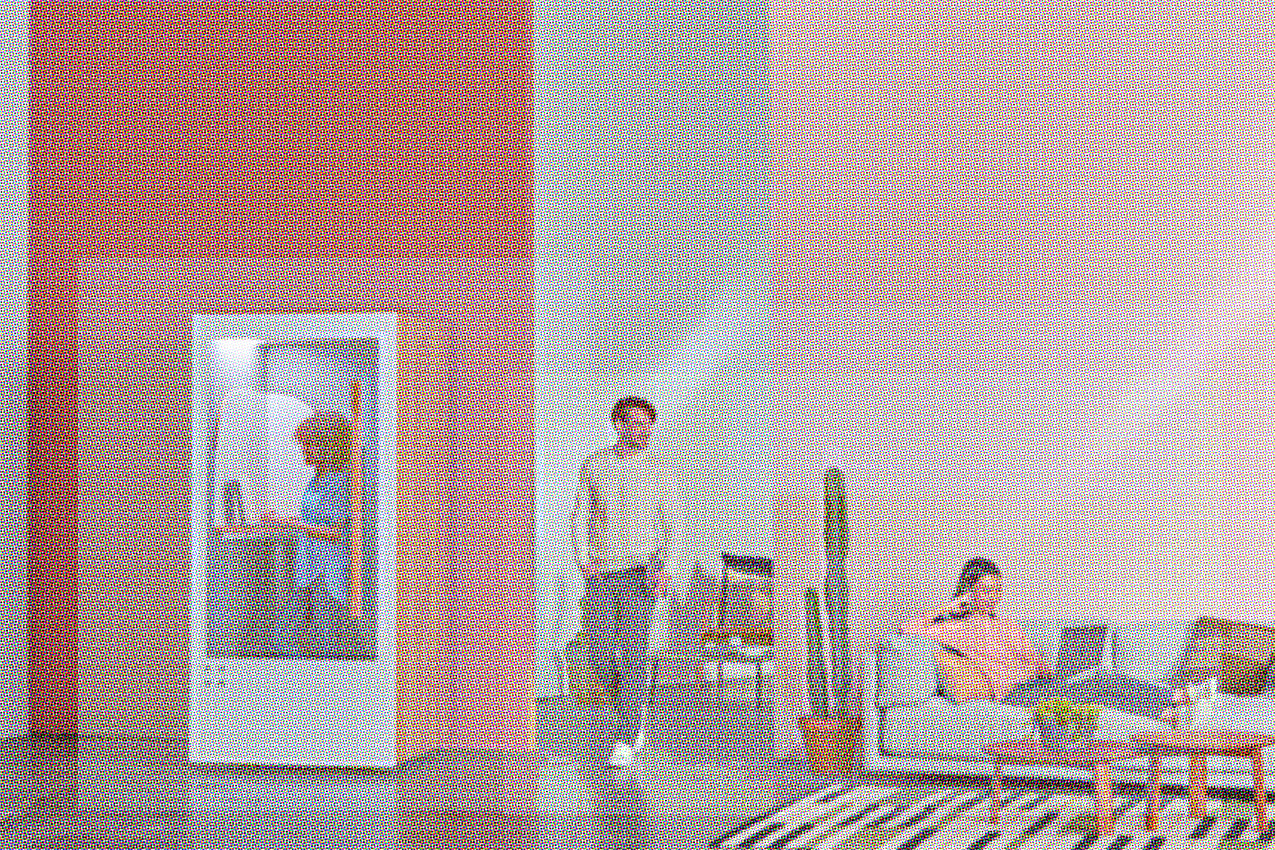 Picture this scenario: By 2030, standalone communal spaces will be a common feature of the modern city. They will be specially designed for residents living in apartment buildings without common areas. These communal living rooms will be located a short walk or scooter ride away and will offer shared kitchens, social spaces, education and other community services.

New rituals will develop at these accessible and multi-functional spaces. People will find like-minded individuals through digital networks and meet-up to create impromptu discussions, watch movies or play music together. People might even meet up to practice new wellness or spiritual ceremonies, including shared hallucinogenic drug trips.

Common grounds will not only be a term that applies to structural buildings; it applies to any space where residents meet and conduct activity together. People will maximize the use of any green areas left in their cities. In parks and even on unused private land, no matter how small, they will rework the horticulture to grow plants that yield edible crops. They will also take their compost to these communal farms.

City planners will adapt public areas so that they can be versatile community zones. They will provide water fountains and public electrical supply, and citizens will continue to use the urban landscape as a gym. Instead of revising health spaces, planners will shape the city’s layout and features to help us achieve fitness goals — endurance, strength, speed.

Urban residents will also repurpose the objects and products found around the city. For example, shared cars can be used for eating lunch or hosting meetings. Automakers will design their vehicles for functions other than driving. Some vehicles will be used for social occasions, others for moments of relaxation.

In the suburban sprawl, mac-mansions will be replaced by large communal buildings and they will be interconnected by tree-lined pathways and the quieter, narrow streets (much like a business campus of 2020). A central shared building with common rooms for eating, playing and praying. These buildings will also include services such as drop-off and the parking will be centralized with people getting around on bicycles, scooters and golf-carts. 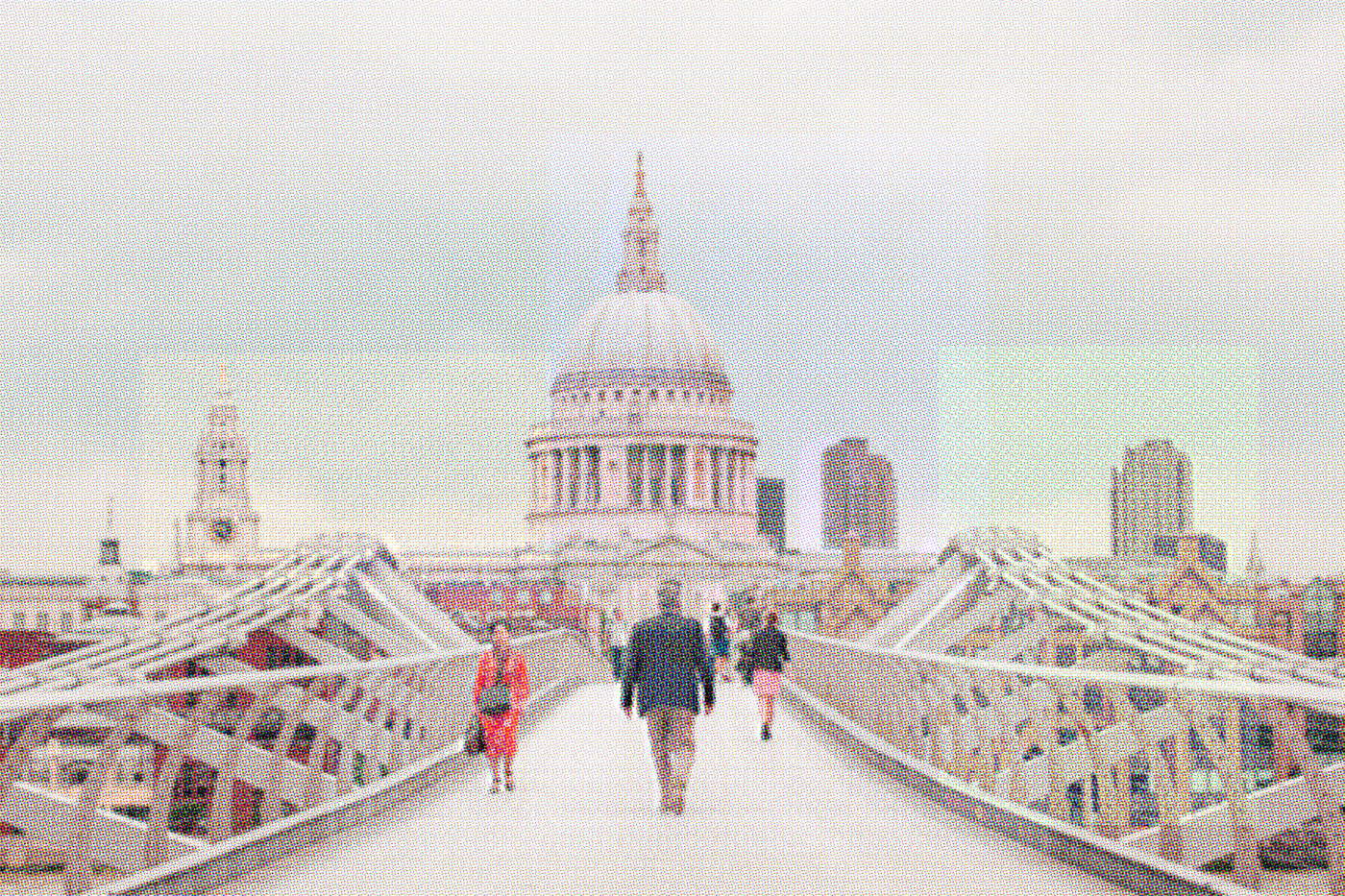 The Tokyo Picnic Club is a series of pop-up gatherings in urban green areas in Japan’s largest city, and has been described as a kind of guerrilla protest against the lack of public space in the city. The Japanese capitol has suffered severe restrictions on the use of existing space and new community areas, so locals have taken it upon themselves to squat on land for picnics and games.

This has become so popular that major bands are trying to leverage the trend; recently, car company Fiat started sponsoring street picnics in the city. Elsewhere in Asia, other innovators are expanding this trend. Hong Kong Club House offers an escape for the community at the top of a skyscraper. In Taiwan, this townhouse has been converted into a community center.

In Europe, Cineorama has been developed by Erika Hock as a “plonk anywhere” outdoor viewing pop-up for the community to get together and watch movies. Pianos are being left in community spaces across San Francisco.

In New York City, a similar phenomenon led to the creation of the High Line, a public park located on a former train line suspended above Manhattan. Members of the public rallied to protect the space from demolition, and in 2009, a decade after residents began to call for a public park, its first section opened to the public. Now another decade removed, the High Line is one of New York's most prized spaces, featuring art, sweeping views and a home for local flora. Brands like Target, Coach and TD Bank are its corporate sponsors. 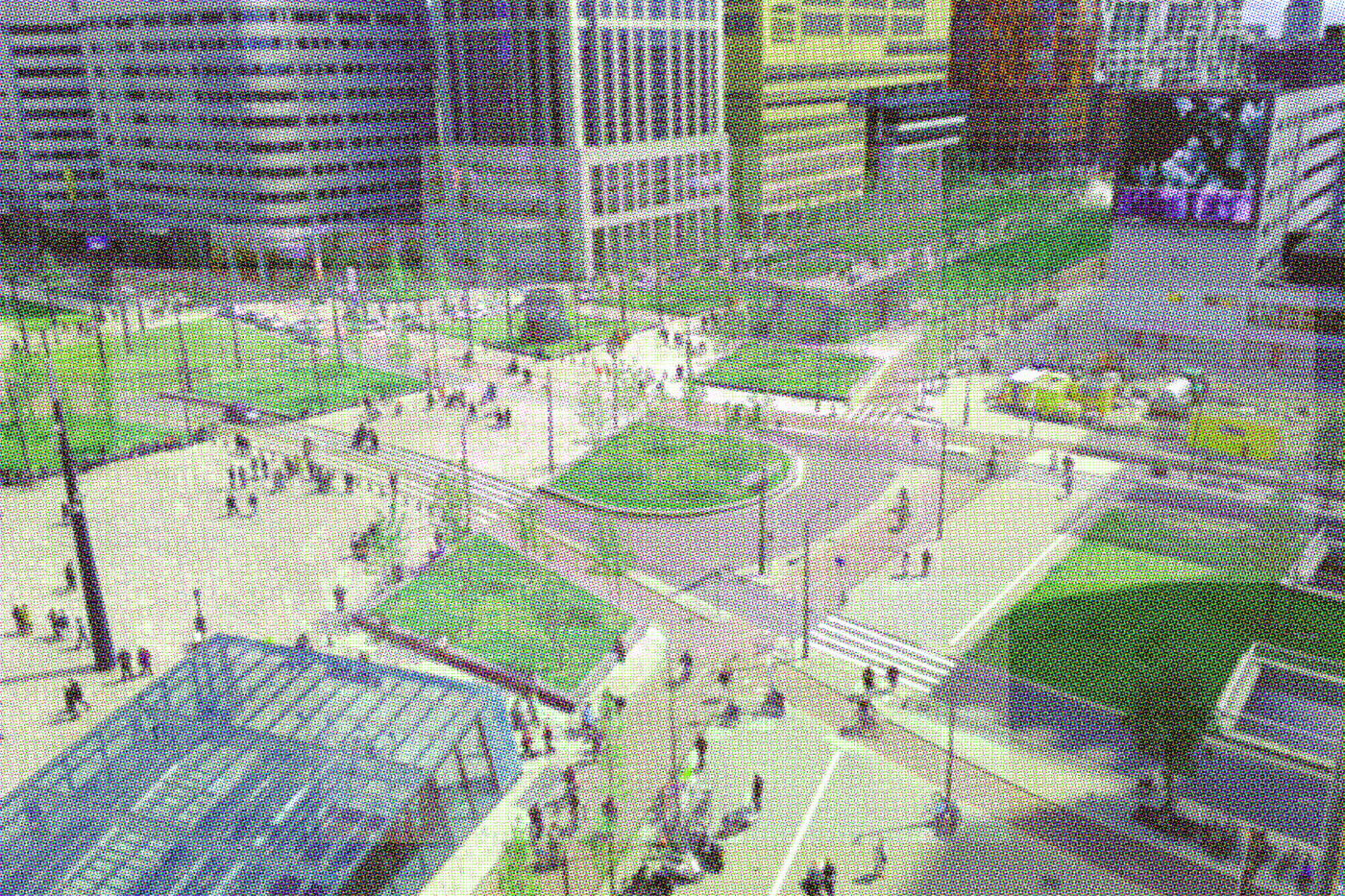 “Many people already live more fluid lives, and it will become even more common to work not only from home but in public spaces, such as cafés, parks, squares,” Rönnegård says. Earlier this year, design leader Tom Dixon recently teamed up with IKEA to create a communal urban garden concept, an installation that shows the need for urban green spaces meant for all kinds of residents.

In Japan people are using rental cars for hour long naps and the Landjet is a van designed to double up as office. Could public facilities include cars and spaces for multiple uses? Meanwhile, we’re seeing the large-scale revitalization of public utilities, like water, power and other conveniences, to cities. For example, there are proposals in San Francisco for rainwater-flushed public toilets. Water fountains are returning to London.

We are also witnessing how this communal space trend is impacting commercial buildings. In London, a multi-functional cultural venue called Catford Mews opened recently, featuring three cinema screens, a café, a food market, a bar and live performance space. The educational facilities at Spektrum in Sweden adapt for businesses during the day and residents in the evening.

“The one critical piece that we often forget when we think about the potentials of technology are the mental models and behaviors that don’t change easily,” says Innovation leader Angus Maclaurin. “We have so many ways to stay in touch, new immersive XR experiences, and so much more. Yet we still value face-to-face communication.”

In the future, no public space will have a single use. Like city inhabitants themselves, they'll be multifaceted and constantly changing, providing for the needs of thousands or even millions of visitors. We probably won't mourn the loss of the living room—the cities of tomorrow will be our playgrounds instead. 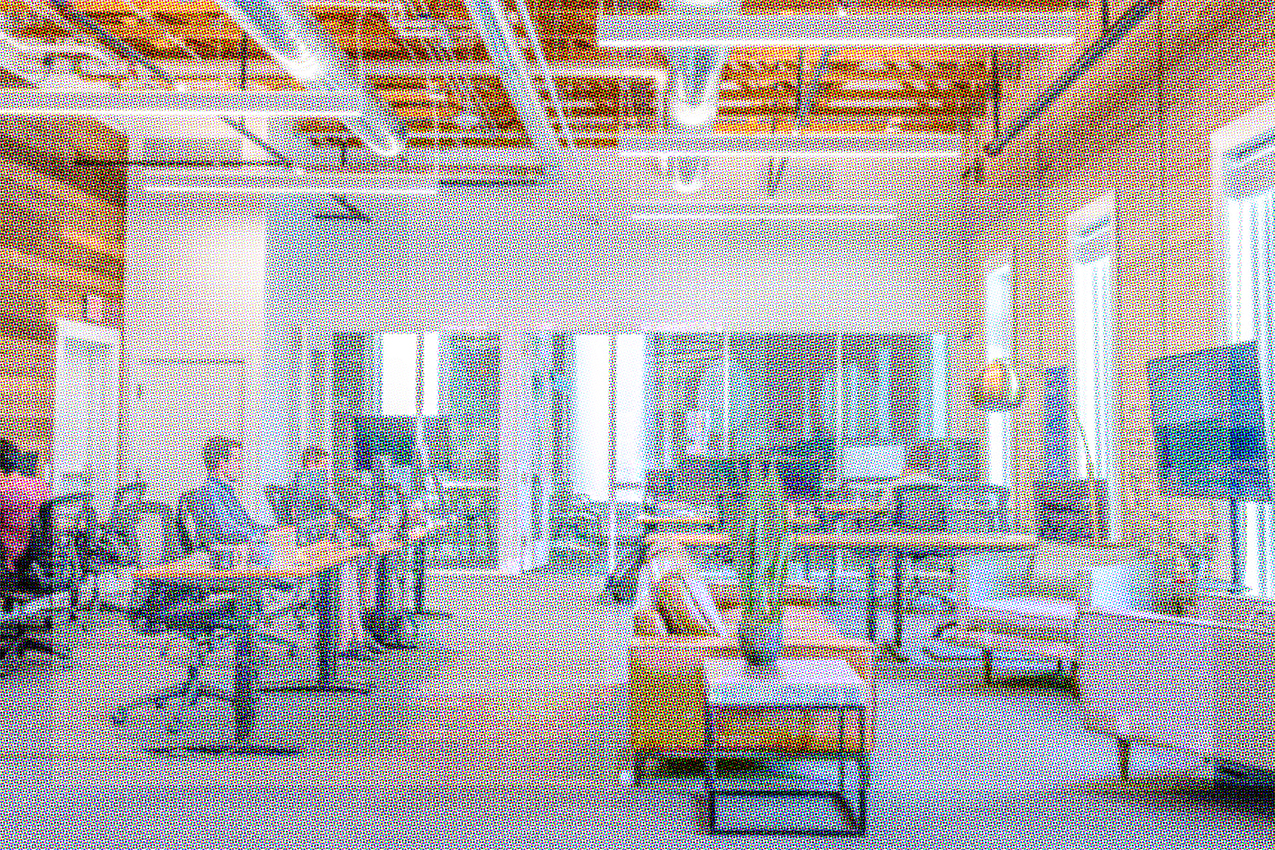