Starring such heavy hitters from the entertainment world as Mila Kunis, Seth MacFarlane, Chris Rock, Jane Fonda, Ashton Kutcher, and somewhat uniquely, the billionaire cofounder of the Ethereum blockchain, Vitalik Buterin; Stoner Cats features five-to-seven minute long episodes developed by the creative minds behind acclaimed hits Happy Feet, Toy Story 2, the Spider-Verse, and the Ethereum-based video game Cryptokitties from Dapper Labs. The only way to watch the new animated series is to purchase and own a collectible Stoner Cats NFT, the first release of which has already sold out, raising over $8 million for the project.

There will initially be 10,420 Stoner Cat NFTs available. When the project hits certain milestones, new episodes will be created and the expectation is to release 1,000 new NFTs per new primary series character introduced in the subsequent episodes. Along with being able to view episodes of the series, NFT owners also get access to exclusive perks such as collectible NFTs of show elements, bi-weekly community calls with the actors and creative team, and eventually even behind the scenes access to the creation process that will include regular storyboarding sessions with the creators. When a viewer purchases their NFT, their Stone Cat journey starts. Token holders have access to everything within the series community that comes after their purchase, but no token will allow the holder to access to what has happened within the collaborative ecosystem prior to their ownership.

The hope of the show creators is to pave the way for more fan-driven, creator-friendly, collaborative content, absent the bureaucratic meddling of studios and producers and powered instead by a loyal community of engaged members. As more NFT sale milestones are reached, member-owner series perks will begin to include the unique ability to participate in the content creation process of the Stoner Cats series by voting on story elements. Eventually, Big Head NFT studio and Mila Kunis’ Orchard Farms Production, the teams behind the series, hope to commit to co-developing a Decentralized Autonomous Organization (DAO) with Token holders that will develop at least one new animation project a year for the next three years, with the creative impetus and content production all driven by the member-owner community of show Token holders. The showrunners eventual goal is to create a roadmap for NFT use as a financial anchor for decentralized passion projects around the world.

The use of NFTs on a blockchain-based architecture to connect storytellers directly with their audience and effectively decentralize production by reverse-financing content, while technologically innovative and even potentially disruptive, is also part of a wider trend PSFK researchers have noted across industries as companies and brands use their loyalty offerings and member rewards more and more to deliver value to top fans and advocates while activating the input of this engaged community base in new and novel ways, including by allowing “investors” and micro-stakeholders to have special privileges from perks and access to voting rights.

This article originally appeared in PSFK’s research paper, Elevating Loyalty Beyond the Transaction. 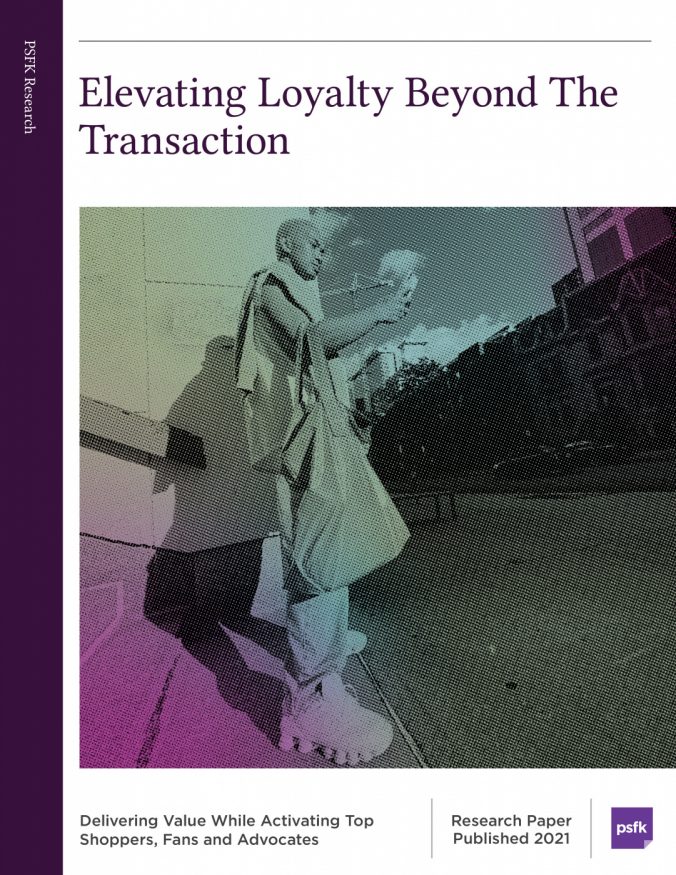 Download
Elevating Loyalty Beyond the Transaction
514 articles
This article was contributed by the PSFK IQ team. IQ is a platform for insights and advice for creative professionals seeking to develop innovation in retail and customer experience.
Author of the article
PSFK Research