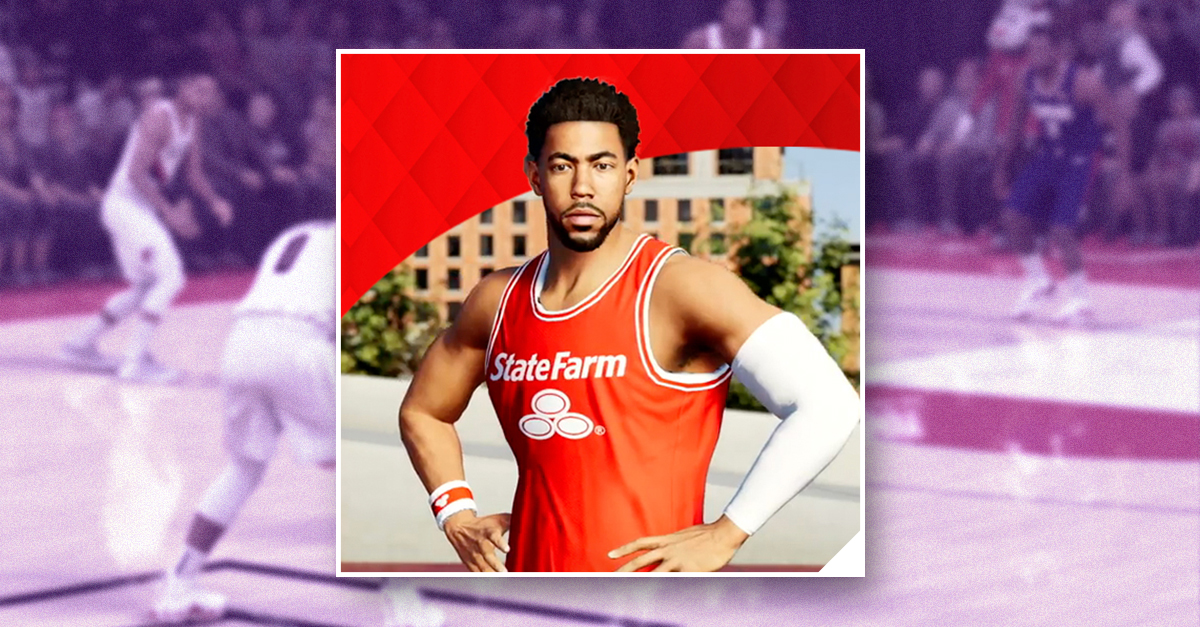 State Farm, the NBA’s official insurer, is turning their mascot “Jake From State Farm” into a digital character in the NBA 2K22 video game.

Insurers regularly deploy annual marketing budgets with a capital B, Billion, behind them, and as one of the largest insurance companies out there, State Farm enjoys one of the biggest warchests. The company has been a top sponsor of the National Basketball League and its affiliates since 2010, and currently owns the naming rights to State Farm Arena, home court of the Atlanta Hawks. Another one of State Farm’s many sponsorships is the presenting rights to pregame segments for the popular NBA2K professional e-sport league matches – and now the company is turning its own mascot, Jake from State Farm, into a digital character in the NBA 2K22 video game, the latest installment of the NBA2K series.

As anyone who watches T.V. can attest, State Farm has always targeted sport fans with campaigns full of famous and familiar professional athletes, including the NFL’s Aaron Rodgers, Patrick Mahomes, and the NBA’s Chris Paul, his “twin” Cliff Paul, Trae Young, Boban Marjanovic, as well as musician Drake, actor Paul Rudd, and more. This next evolution of in-game advertising speaks volumes to where the company sees its audience residing. NBA 2K22 is playable across PS5, PS4, Xbox Series X/S, and Xbox One. Jake from State Farm appears as a non-playable character (NPC) in the game's The City mode, which is an online hub that lets gamers take their own created, playable character out of the court and into an open-world city filled with different buildings, activities, and content to explore. A veritable metaverse in and of itself, The City is filled with the opportunity for microtransactions and experiential activations. When players interact with State Farm Jake, who is a motion-captured avatar version of the real actor who plays the mascot, Kevin Miles, he welcomes them to The City and even says the insurers signature tagline, “Like a good neighbor, State Farm is there.” Chatting with the mascot-avatar unlocks a special skin for players’ characters: a State Farm red polo shirt and khakis.

The brand partnership between State Farm and NBA 2K22 isn’t just limited to the in-game City virtual world. It also includes real-world events, including a livestream event called “Battle of the Khakis” which took place on Twitch with the real “Jake” from State Farm and other NBA2K streamers. State Farm plans to continue using Jake’s presence in NBA2K as an experiment to inform other future virtual world activations they have planned, as the insurance company looks to engage with the gaming and other online communities in an authentic way that transcends traditional advertising. 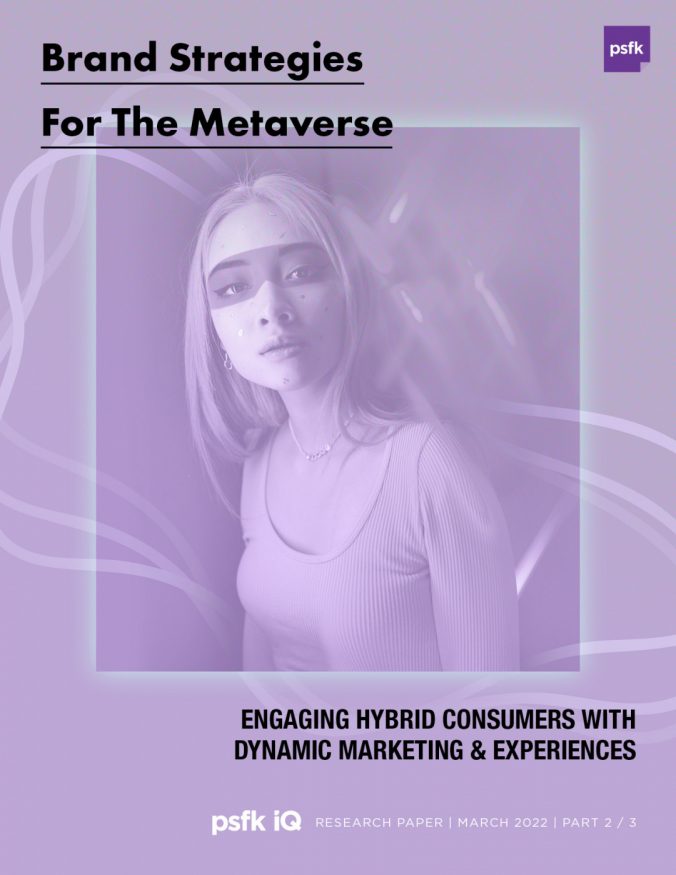 Buy Now
Brand Strategies for the Metaverse
726 articles
This article was contributed by the PSFK IQ team. IQ is a platform for insights and advice for creative professionals seeking to develop innovation in retail and customer experience.
Author of the article
PSFK Research