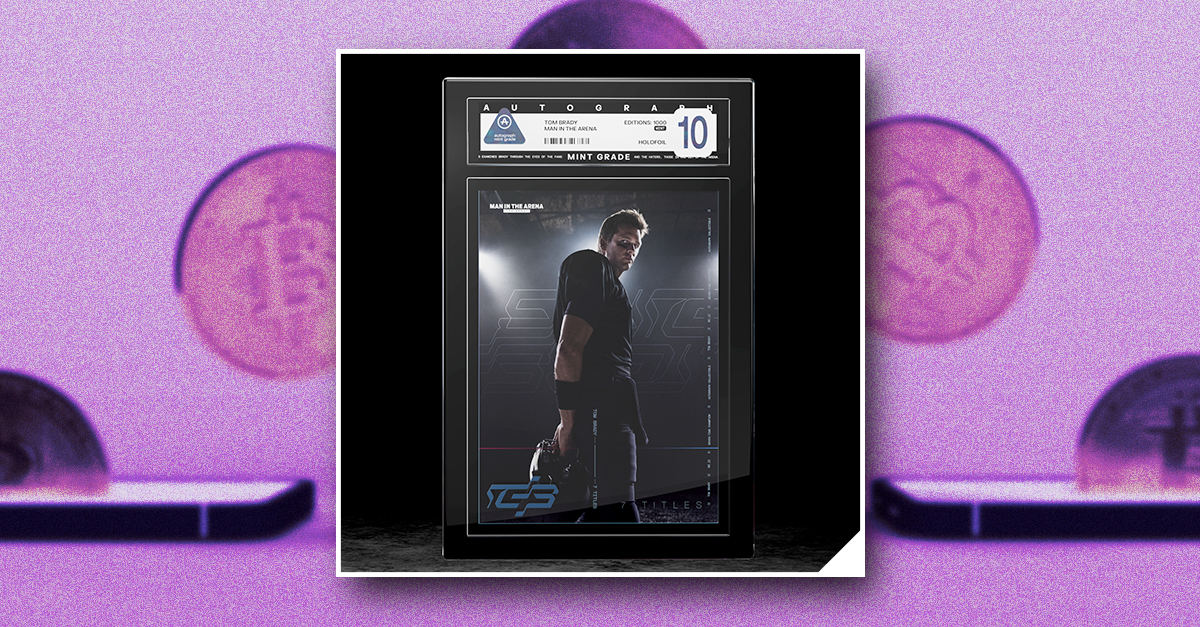 Counting the NFL’s Tom Brady as a co-founder and co-chairman, Autograph’s NFT platform creates bespoke digital collections and experiences featuring some of the world’s most legendary athletes and performers.

Fans have always collected rare and unique items, chasing after them to display as proof of their fandom and loyalty, and the underlying technology of Web3 is ushering in a new landscape for collecting. NFTs in particular give brands, celebrities, and athletes an opportunity to connect with customers and audiences  in novel ways that facilitate community and two-way communication. NFTs are unique digital tokens that cannot be replicated, in a way making them the ideal collectible by providing fans with something permanent and uniquely, unquestionably theirs.

To capitalize on this next-gen era of fanship and engagement, NFL “GOAT” (Great Of All Time) Tom Brady is tapping other legends of sport and culture to create and market exclusive NFTs to their sizable fan bases. Teaming up with names like Tiger Woods, Simone Biles, Wayne Gretzky, Tony Hawk,  Derek Jeter, Usain Bolt, and more, Web3 collectible platform Autograph hopes to pioneer the future of digital fan-based experiences. One of Autograph’s unique selling points, alongside its world-class roster of athletes counting tens of millions, if not hundreds, of fans among their respective audiences, is that each of the platform’s NFTs are individually signed. Ipads loaded with a proprietary app are mailed out to Autograph’s stable of athletes and celebrity partners, also called “icons,” enabling them to sign each collectible personally.

The athlete NFT collections also feature challenges that unlock utility and rewards, enhancing the digital collectible experience over time and keeping fans engaged. The various challenges allow community members exclusive access and reflect the athletes' own individual interests and passions from style, to shoes and cars. Tom Bady, for example, recently invited a dozen of his own top NFT collectors to visit a Tamba Bay Buccaneers practice. NFT fan holders are also able to participate in exclusive Discord community chats with their heroes during special events. The community buy in is something that Autograph sees as integral to its growth, and the two-way communication NFTs and web3 platforms facilitate is something entirely new in the world of collecting. A framed jersey on a wall, no matter how long someone stares at it, will never be a portal to communicating with the athlete who signed it the way that an Autograph NFT can be. According to a national poll, 50% of NFT owners say community access is a major contributor to their collecting.

Autograph recently inked a multi-year deal with ESPN to produce and market NFTs for the sports leader. The collaboration is kicking off with a NFT collection based on Tom Brady’s 10-part documentary series Man In The Arena. As part of its long term goal to make NFTs more accessible to a wider audience of fans, the company has also collaborated with DraftKings to allow its users to buy NFTs with their credit cards, rather than having to use a digital cryptocurrency wallet.

Autograph’s founders closed a $170 million Series B round in January 2022, led by silicon valley heavyweights a16z and Kleiner Perkins. The company’s advisory board includes industry titans like Apple SVP Eddie Cue,  DraftKings co-founders Jason Robins and Paul Liberman, and L.A. Dodgers owner Peter Guber, positioning the platform well for future success as it tries to champion the power of web3 and NFT technology to the mainstream. 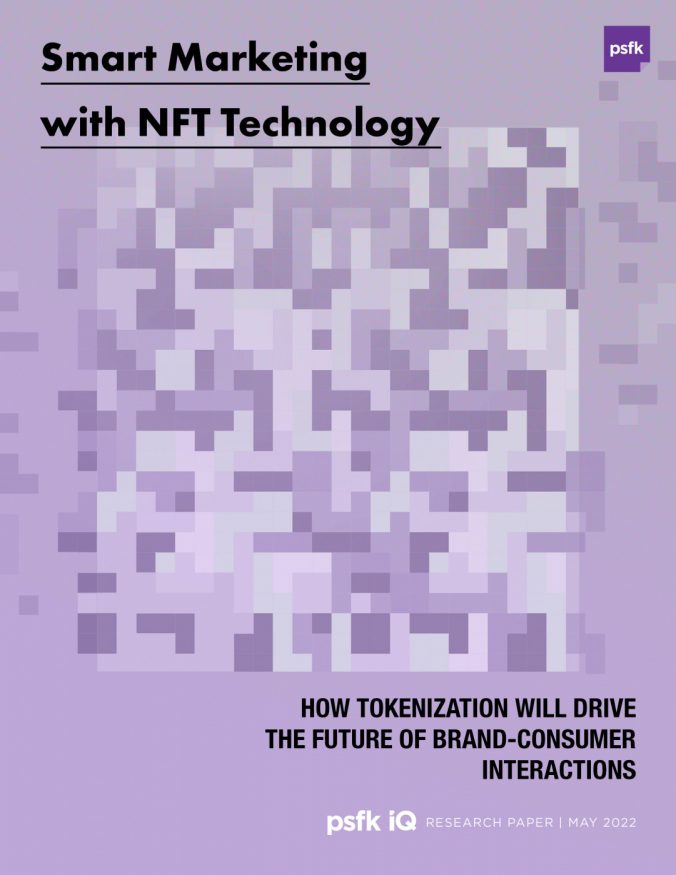 Buy Now
Smart Marketing with NFT Technology
736 articles
This article was contributed by the PSFK IQ team. IQ is a platform for insights and advice for creative professionals seeking to develop innovation in retail and customer experience.
Author of the article
PSFK Research