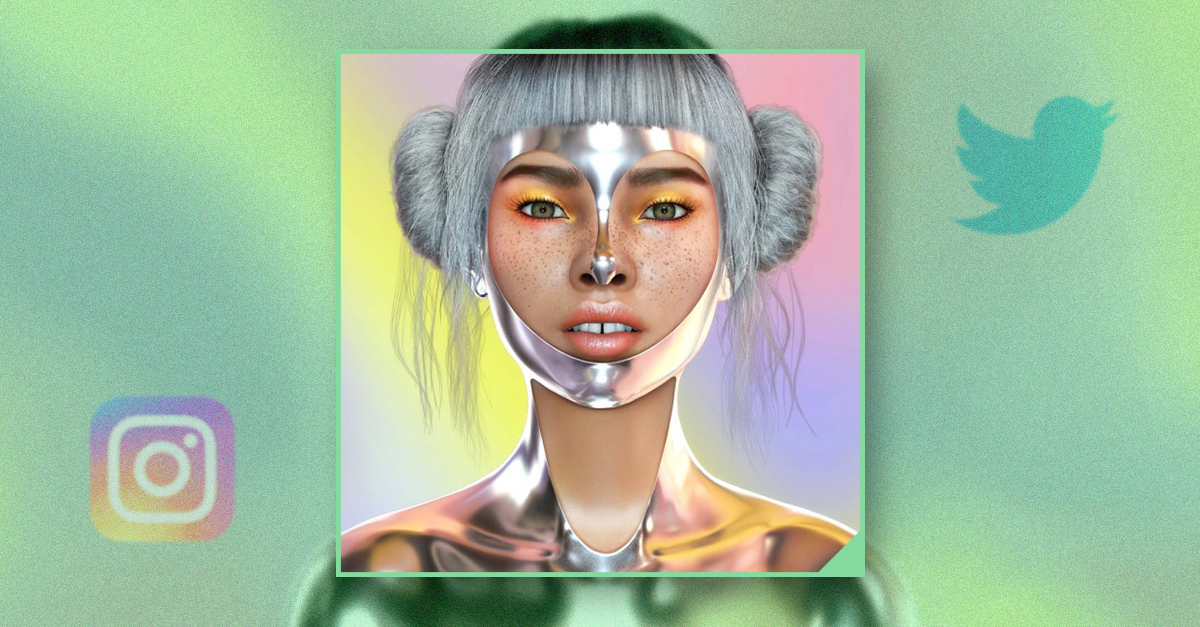 Digital avatar-influencer Miquela Sousa is leading the way for virtual influencers in launching NFTs and using web3 to create closer connections and build community with their follower audiences.

Virtual influencer Miquela is a pioneer in the digitally-manufactured Key Opinion Leader (KOL) space, and has amassed over 3 million followers on Instagram as well as worked on campaigns with Ugg, Calvin Klein, Prada, Samsung and more. The CGI character can be seen alongside real-life celebrities with global reach like Diplo, Molly Soda, Millie Bobby Brown, Nile Rogers, Shane Dawson, Bella Hadid, Samantha Urbani, Pabllo Vittar, and that’s just scratching the surface. A contributing arts editor to the magazine Dazed, the digital avatar has also been “interviewed” and profiled in publications like Refinery29, Vogue, Buzzfeed, Nylon, Paper, The Guardian, Business of Fashion, NY Mag’s The Cut, and even appeared on the cover of Highsnobiety. Topping off the list of accolades is the fact that Miquela is the only computer generated character within TIME Magazine’s ‘25 Most Influential People on the Internet.’

Safe to say, Miquela has embedded theirself into the upper echelons of mainstream culture. What’s powering this virtual persona’s rapid rise? The same factors and backing that propel most mainstream celebrities: Maquela is represented by talent agency CAA, and was previously represented by WME. Not too shabby for a virtual persona and marketing tool, even if their appearance does bring to mind the epitome of “cool LA girl.”  And that is entirely by design. Miquela is the “activated” intellectual property of digital media and storytelling production company Brud.

Miquela’s “personal story” has so far been told on Instagram, with posts that revolve around her identity as a robot girl trying to rediscover herself on earth. By inviting her audience to follow her journey and struggles, she is able to blur the lines between real and fake while simultaneously making her experience relatable to digitally native, younger audiences. These fantasy elements combine with her more normal posts similar to a regular, real-life human influencer like stories, polls, and other engagement strategies that allow her to activate her audience for partner brands and clients.

It is what’s next for the CGI influencer that may hold insight into the future of branded virtual engagements. Brud, the company behind Miquela, was recently acquired by web3 blockchain company DapperLabs, and has since transitioned into BrudDAO, a decentralized autonomous organization. As a part of the acquisition and next phase of Brud, Miquela will now become a community driven and owned virtual influencer leveraging crypto-native methods to tell her story across web3 platforms. This will empower fans to have a stronger voice in Miquela’s narrative, turning them into co-creators and elevating them from voting on social media posts to choose-your-own-adventure ownership and voting with tokens.

Miquela’s new iteration is an exciting experiment in the future of decentralized media, where communities collectively own and create IP. Already she has hosted a special web3 project “Villa M” focused on where to buy digital furniture in the metaverse as a part of a community-building campaign.

This article originally appeared in the PSFK iQ report, The Influencer Marketing Landscape.

6286 articles
This article was contributed by the PSFK IQ team. IQ is a platform for insights and advice for creative professionals seeking to develop innovation in retail and customer experience.
Author of the article
PSFK