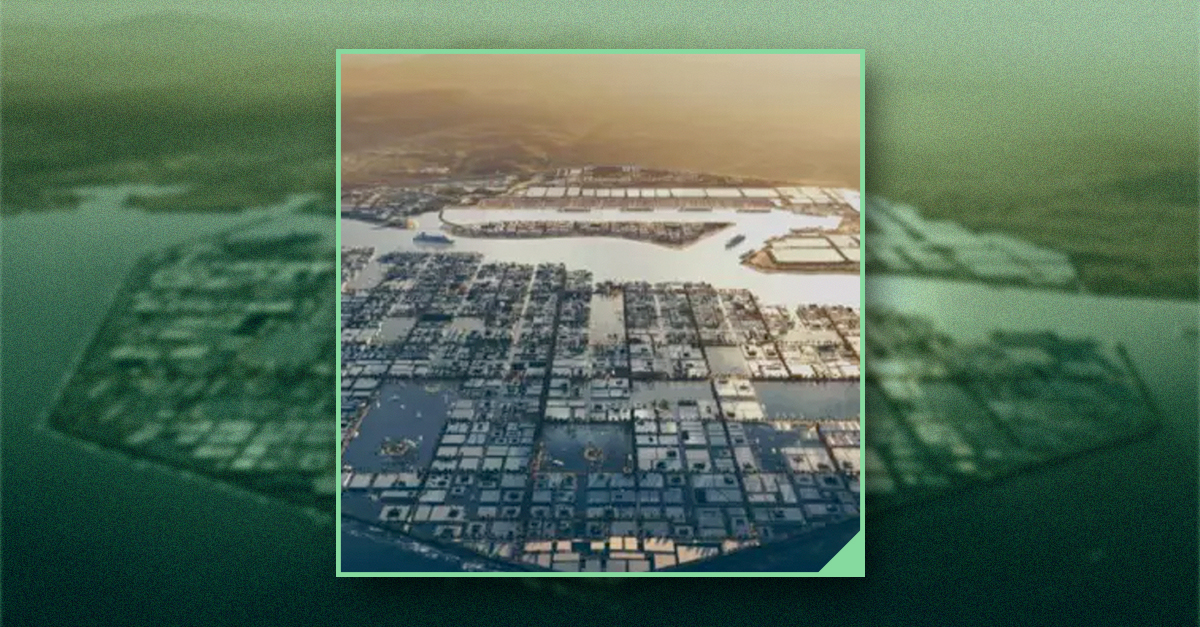 The Saudi Crown Prince is working to turn an expanse of desert the size of Belgium into a high-tech, entirely bespoke "smart" city.

Designed from scratch to act as a new global industrial and commercial hub, the mega-development, called NEOM, will also serve as an economic engine for growth in the now-barren region. With half a trillion dollars and a fleet of the world's top consultants the Saudi Crown Prince hopes to redesign the way his citizens will live in the future. Neom is being promoted as a showpiece urban trophy that will serve as a testbed for technologies that could revolutionize daily life in the future.

The city-building exercise is described as a tech-forward urban arena the likes of which the world has never seen, where residents will live in harmony with their environment, relying on desalination plants and a fully renewable electric grid among other key technological accouterments. Building a global hub from scratch isn’t without precedent in the arid region; just 30 years ago, most of Dubai itself was empty sand. For as long as there have been cities, city planners have been redesigning the way residents live.

Neom is a portmanteau combining the Greek word for “new” with the Arabic for “future,”  mustaqbal, as well as the first letter of the Prince’s name (M). One of the development’s more fantastical elements is the Line, a “linear city” 100 miles long. The revolutionary concept is described as generating zero carbon emissions, with its millions of residents occupying a walkable, car-free surface layer. Essential amenities would be no more than a five minute trip away by foot, and utility corridors and high-speed trains would be hidden underground, along with infrastructure for moving freight, cargo, and other needs.

Other areas under development include the Oxagon, an industry 4.0-driven area where  innovators and entrepreneurs can accelerate ideas from labs to market, and Trojena, six distinctive, destination-first development districts centered around providing visitors tailored experiences. Oxagon will boast a fully automated next-generation port offering unparalleled connectivity to global markets, enabled by an integrated physical and digital supply chain. Trojena will blend real architectural and engineering innovations with virtual ones to create a destination unlike any that currently exists.

As a whole, Neom will “virtualize the real, while realizing the virtual” by using data to enhance resident life through personalized, predictive, autonomous services intuitively integrated into the environment as part of the earth’s first hyper-connected city.

6768 articles
This article was contributed by the PSFK IQ team. IQ is a platform for insights and advice for creative professionals seeking to develop innovation in retail and customer experience.
Author of the article
PSFK