This is a report for using streaming media to expanding content offerings and experiences to capture consumer attention.

As streamed content and digital media have become main sources of entertainment, connection, and excitement for consumers, brands and companies are tasked with finding ways to continue innovating their offerings. While consumers rely on established streaming platforms and media houses to generate familiar and easily consumable types of content, increases in screen time have raised their expectations for personalized entertainment.

In this streaming media report, the PSFK iQ researcher team explores the ways in which media conglomerates, new solution-providing startups, and streaming platforms are optimizing and expanding the content consumption experience.

What You’ll Learn In This Report

Who Prepared This Report?

This streaming media report was developed by the same PSFK research department that since 2004 has provided trends-led innovation consulting advice to Apple, BMW, Facebook/Meta, Google, Microsoft, Samsung and Volkswagen.

Companies are increasingly tapping into their existing customer communities to ask how shoppers are feeling, crowdsource new product ideas, solicit feedback and invite product inspiration. Not only does crowd analysis collect valuable primary data to validate market trends, but it also fosters customer loyalty and increased engagement. By pairing data collection with increased customer involvement, retailers can learn from customers while simultaneously honoring their creativity.

Rather than taking a long-term view of project planning, retailers and brands are adaptive dynamic approaches to their business: deploying, testing, and refining processes across the entire organization to respond to nuanced marketplace needs and opportunities in real time. Iterative innovation involves launching different projects at once, A/B testing alternative strategies, and learning from in-the-moment marketplace feedback. With iterative innovation, retailers can improve their processes in a low-cost and time-effective manner, rather than perfecting ideas...

Brands and retailers are using virtual platforms to streamline conversation between consumers and experts, providing analyses and solutions tailored to each customer for optimal product results. This includes leveraging AI-supported conversational assistants that use natural language processing to help shoppers effortlessly navigate questions.

Popular gaming platform, Roblox, has become a go-to for brands and companies that want to subtly ingrain their marketing and storytelling into consumers’ digital experiences. In the lead up to the release of cable network Boomerang’s newest animated TV series, “The Misadventures of Master Moley,” the network tapped into the connective power of the Roblox platform by rolling out their own “Welcome to MoleTown” game. In the game, users can not only familiarize themselves with and enjoy the animated Master Moley universe, but they come into contact with more traditional elements of advertising like posters on the virtual walls users’ characters walk through in the game.

At this year’s CES, tech conglomerate Sony launched 360 VME technology as part of their overall announcement about their new division deemed Sony Immersive Music Studios. The tech offering, which touts the ability to “reproduce large scale soundstages in a pair of headphones,” was launched in the form of an immersive reality concert experience featuring singer Madison Beer. Sony plans to enable users of PlayStation VR and Oculus VR to access these virtual live experiences later in 2021, in a race to provide consumers with viable replications of the live event experience from the safety of their homes.

KFC spices up their marketing with release of 15-minute Lifetime movie, "A Recipe for Seduction"

KFC released a 15-minute long Lifetime ‘mini-movie’ called “A Recipe for Seduction,” in an effort to break up the monotony of traditional marketing approaches. In the teasers leading up to the film, audiences were introduced to private chef Harland Sanders, a modernized version of Colonel Sanders played by actor and television host, Mario Lopez. The film itself is filled with romance, intrigue, and mystery, elements unusual for the fast food chain, and just crazy enough to pull attention from a consumer base that is increasingly inundated with content. 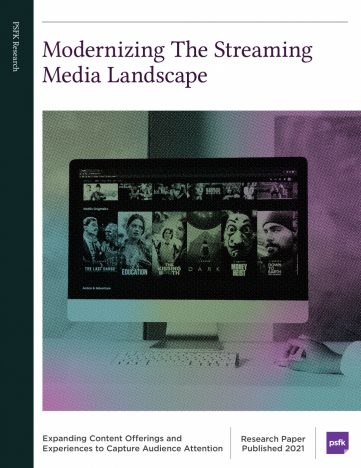