The panel focused the problems that arise when companies obtain more personal data than is necessary, and when it is ok to cross the line and access someone's information.

At our PSFK CONFERENCE 2014 back in April, PSFK’s Director of Research and Strategy Scott Lachut was joined by Matt Hogan, Toby Boudreaux and Susan McGregor to discuss the meaning of privacy in our technology-driven data society.

The panel focused the problems that arise when companies obtain more personal data than is necessary, and when it is ok to cross the line and access someone’s information.

McGregor, of the Tow Center for Digital Journalism at Columbia Journalism School, thought most people’s idea of privacy does not align with the advanced role of technology in our lives.

“There is something very important about what we’ve all learned in the last 20 years. Just because you’re doing something in your house doesn’t mean what you’re doing is private,” she says. “It’s not just that when I post something on a website it’s not private, but the act of doing that, the process by which of getting from me to that end point is also importantly not private. Fundamentally that doesn’t jive with many of the expectations we have about existing systems.” 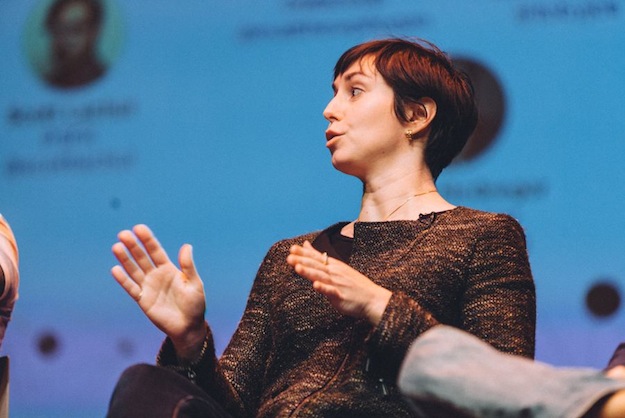 Hogan, CEO of Datacoup, said our behavior hasn’t changed over the course of time, but the way we document what we do has evolved with technology.

“I used to go to the bar in 1962 with my friends,” Hogan says. “Now I just check in on Foursquare, that’s a data point. I used to have thoughts, now I spew them out on Twitter, that’s a new data point. I used to have a preference for something. Now I say, ‘Like’ and I like something. Because of all this data that’s being created, we’re trying to figure out who owns the data, who controls it? What is it worth? Who has access to it? It’s really trying to set up a framework for going forward.”

Boudreaux, CTO of Control Group, highlighted the fact that technology has essentially enabled tech-owning humans to be hotspots of their own; everything picks up a signal.

“Privacy is a really slippery thing and one I hope doesn’t start and stop with the conversation today,” he says. “The conversation about privacy is bigger than just data. Our thumbprints, our fingerprints, we’re these sort of glowing, throbbing messes of signals at all times.” 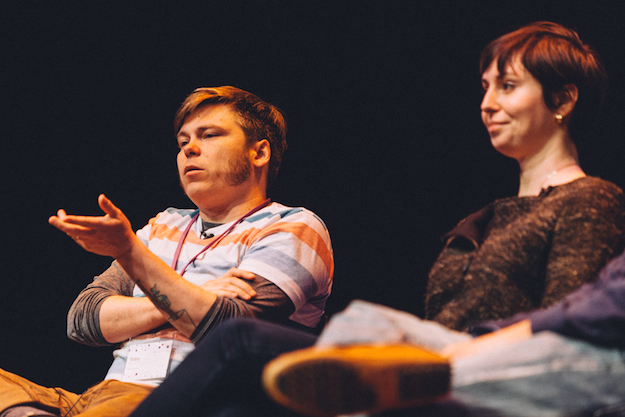 McGregor continued to say that when it comes to app development, transparency with the customer is essential.

“The key thing is to define and meet expectations and to say if you are requesting data for your app, to make it really clear in that moment what you are using it for,” she says. “If I see that your app is requesting my contact list, give me a sentence to see why that’s useful. If you want it from me, tell me what I get for it, from your product and from your company. In that level of transparency, there’s an ability to establish trust and establish a stronger relationship with your consumer.”

Boudreaux emphasized that with the amount of presence that companies have online today, there it’s not easy for customers to know if their data is being shared.

“When you look at a typical page load on a website, there’s no less than a dozen, two dozen companies from content distribution networks to ad trackers, all sorts of different services,” he says. “They all see that that request happened. This is you saying, ‘Hey, Web MD what’s this mole mean?’ Now dozens of companies now that you asked about that. Could you ever explicitly grant to all of those parties? Would you want to?”

“Largely, we’ve seen so much benefit coming from a world where everything is being tracked and everything is digitally available, and there’s a lot to be gleaned from it,” Hogan said. “But it’s really about setting the right guidelines and framework to make sure that the right entities and the right players in each seat are getting right attribution and the right value across the way.”