Georg Petschnigg, CEO of FiftyThree, spoke at PSFK CONFERENCE 2013 about developing the Paper app and the power of the visual medium for building creativity. The app is essentially a blank slate of paper devoid of settings panels, menus, and adjustable line widths. Quite literally, it is a blank canvas on which users can create and sketch out their ideas. Currently, Paper has been downloaded more than 7 million times,  and was named by Apple as the app of the year. 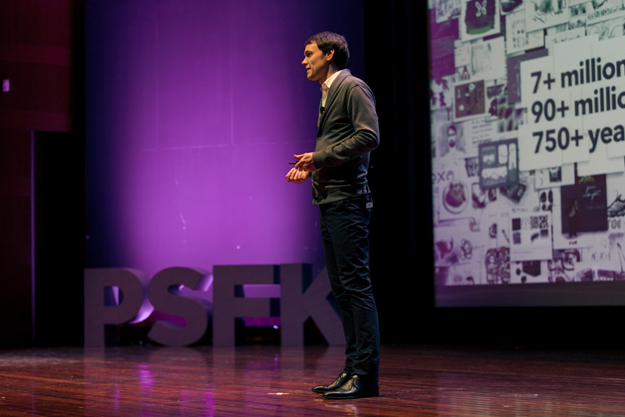 In order to demonstrate the power of the app, Petschnigg and FiftyThree teamed up with Women’s Wear Daily to provide coverage at runway shows. Several artists were given an iPad loaded with the app and were tasked with drawing models as they came down the runway at prominent fashion shows. The sketches that emerged revealed a whole different side of the event than a photo would have, and helped get to the core elements of the clothing. As Petschnigg says, Paper provides a platform for people to create together, and is an intuitive outlet for people to become better creators.