Jamin Warren, Kill Screen: Why Play Is The New R&D For Brands

In this video, the founder of Kill Screen explains why games are an important part of culture all their own.

Jamin Warren, former Wall Street Journal reporter and founder of Kill Screen, a video game arts and culture company, spoke at PSFK CONFERENCE 2014 about how games are shaping the way people think and as such need to be approached with a culture study.

Warren’s company, Kill Screen, was born out of a conversation he had with a WSJ editor who said, “I don’t get this video games thing.” At the time, Grand Theft Auto IV was the best-selling entertainment property and games had clearly become an integral part of the Western zeitgeist. This motivated Warren to look at video games as an individual culture unto itself, as an entirely separate from its media cousin – Film and TV. As such, Warren thinks that the potential of gaming doesn’t lie in technological improvements, but in the solidifying of the “gamer” culture, whatever that might mean. 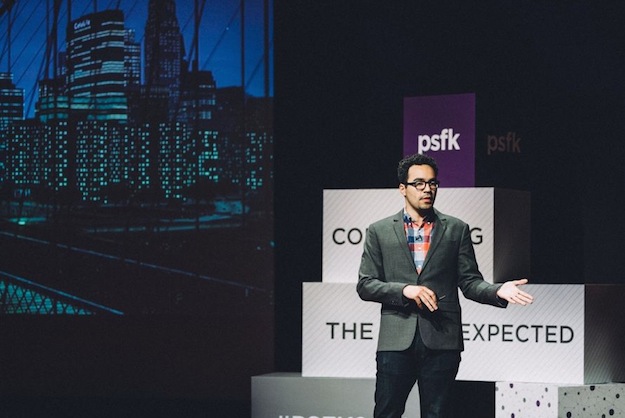 Warren’s central thought in his talk is that video games are the new research and development for future-facing brands. Games are desire-based use cases for technology. If you watch what’s happening in games, you’ll see future trends. He presented a framework to think about how games are being incorporated into our everyday lives: Game design is a system of thinking that could have influenced the ‘Lean Startup’ methodology; games streamed online like Twitch Plays Pokemon are blurring the line between spectator and participator; and games as design objects in the MoMA show their impact in how we view the world around us.

You can watch the rest of Warren’s fascinating talk in the video above.