In this video we learn how physicality stimulates creativity and innovation by blurring the lines between work, life and play at Brooklyn Boulders.

Jesse Levin, Senior Cultural Chameleon at Brooklyn Boulders, spoke at PSFK CONFERENCE 2014 on what he’s learned from disaster response and special ops veterans on how to build community and culture in startups.

He began by telling the audience about his experiences in Panama as a cultural mediator in a remote part of the country. The FARC militia, anti-narcotics police, the indigenous population and a Canadian mining company were all operating in that same area and it was his job to get them working together. With radically divergent interests, each group was suspicious of the other until a flood paralyzed the region. Levin took this as an opportunity to coordinate the strengths of each group to mount an effective relief effort that ended with all the stakeholders in the region seeing eye to eye.

He continued his efforts in Haiti after the earthquake to assist in recovery and rebuilding, but was frustrated by the inertia that big organizations had to overcome. He joined up with a small group of aid workers that were much more nimble and responsive, and worked to empower the Haitians to direct the relief efforts themselves. He learned that you can’t have any preconceived notions about a place, and that making friends will always get things done faster and better than being suspicious of others.

While working with military special operations veterans across his relief effort experiences Levin realized that when it comes to getting things done in the real world, there’s nothing better than an actual physical platform for people to gather around. Digital initiatives, apps and whatnot just don’t cut it. Realizing this, he put real CEOs through outdoor training sessions with the special ops veterans to help everyone understand how they all had valuable skill sets for each other. 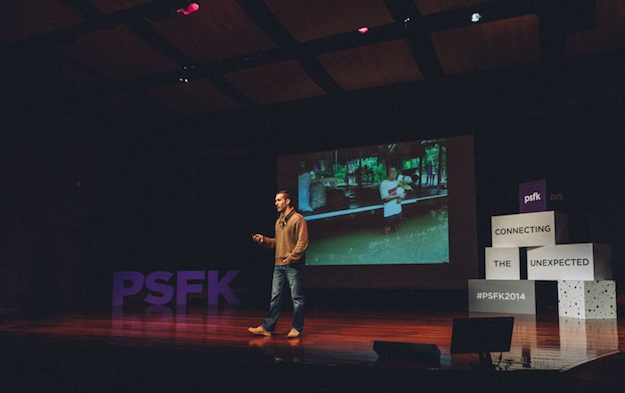 He tied all these experiences together at Brooklyn Boulders under the rubric that physicality stimulates creativity and innovation by blurring the lines between work, life and play. Starting with a new space near Boston, Levin and the Brooklyn Boulders team looked to design a space that forced communal interaction, the bringing together of people who would never otherwise have contact with one another. Levin then applied the lessons he learned in Panama and Haiti towards building community in a raw warehouse with ‘hardhat dinners’ of diverse individuals, and asked them what their community needed and how the space could fulfill that.

By uniting local creatives and innovators Levin built a proto-community of influencers without traditional advertising that not only informed the final form of the warehouse space but also laid the foundation of the space’s culture. With active collaborative workspaces integrated seamlessly into the gym’s workout facilities, they created a new paradigm for coworking where 30 minutes of desk space costs 5 pull-ups or 5 sit-ups. The startups that work in this space take regular breaks for climbing, workouts, sauna or fitness classes, and they emerge more creative and do better work as a result. 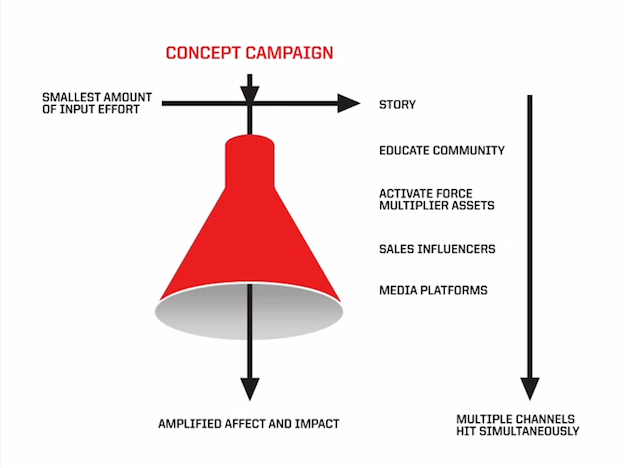 Levin reviewed how the Brooklyn Boulders sales funnel is reversed, with minimal input at the top and a series of ‘force multipliers’ to achieve maximum output. They think about their asset, a new campaign or physical location, as a nugget that will have waves of impacts in certain communities and how their message can resonate with the people in those groups they want to reach.