Creativity is best satisfied when the bored mind is allowed to wander.

PSFK founder Piers Fawkes joined artist Jon Burgerman onstage at PSFK CONFERENCE 2014 for a review of his work and a discussion on the origin of inspiration.

Burgerman, who’s known for his funky,  free-style doodles, says he often gets ideas from his everyday distractions.

When Burgerman was in Korea in 2013, he noticed a poster for a Bruce Willis film, featuring Willis with a gun pointing toward the audience. This inspired a collection he called Head Shots, which feature Burgerman, pretending to be murdered in front of several action flick posters. 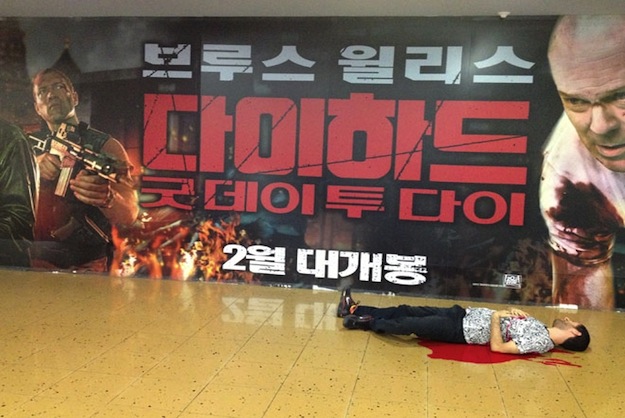 He says, “I noticed this big poster and I thought, ‘It looks like Bruce Willis is sort of aiming at the audience and the people walking past the poster. What if I lie down? Will it look like he’s just shot me?’ So, I added some Photoshop blood. But when I came back here to New York where I live, I noticed a lot more opportunities to be killed and maimed. I made this little collection.”

This same imagination is what fuels Burgerman’s doodles. During his trip to Korea, he was bored without service to his phone on the subway in Seoul. He decided to fill his time by drawing cartoon bodies to match the heads of passengers sitting across from him. 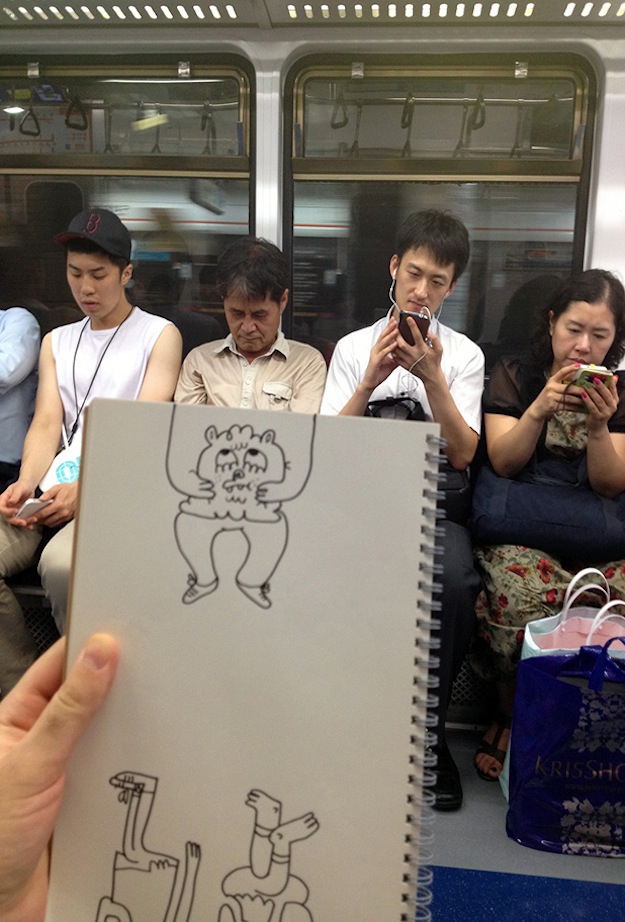 Burgerman says the best art and ideas often come from a feeling of boredom or the need for a distraction.

“A doodle isn’t necessarily a drawing on a piece of paper,” he says. “A doodle can be an idea, it can be a melody. It’s just something that you do maybe when you’re meant to be doing something else or when you’re not full concentrated on that one task so you have a slightly absent-minded distraction. You’re traveling or you’re walking around and sketching something, and from the depths of your mind something magical happens.” Watch the video of Burgerman’s talk below.