Speaking and PSFK CONFERENCE 2013, Mike Rawlinson of City ID and Eoin Billings of Billings Jackson discussed their collaboration in planning and designing wayfinding terminals for New York City. The project consists of a series of kiosks put up throughout the city, which provide time saving route information, as well as highlighting areas of local interest for anyone from local residents to weekend tourists. The kiosks will appear at bus stops, subway stations, along pedestrian routes, and alongside bike-share terminals. As Rawlinson says, providing this type of information to city residents and tourists has the potential to push people into new areas of the city, and improve the efficiency of transportation. The cost benefit analysis of this information promises a return of 20 dollars for each dollar spent. 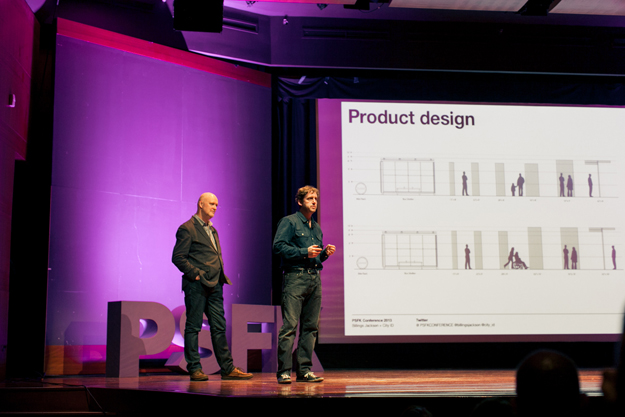 In order to bring this all together, the designers worked to decipher the semiotic code that defines the vocabulary of New York City, and used that to seamlessly integrate the wayfinding information into the cityscape. The system is designed to feel rooted to the city, and provide a range of uses for local residents, business travelers, or tourists. Overall, the project will provide an accessible layer of in-depth information to all city residents.