Peter Weijmarshausen discussed how 3D printing will allow people to make whatever they want whenever they want in a meaningful and easy way.

Peter Weijmarshausen, CEO of Shapeways, gave an update at PSFK CONFERENCE 2013 on how the company has grown over the past two years, and how 3D printing will allow consumers to design and produce any product they want. Weijmarshausen began by looking at the height of complex creations we have made as humans, such as laptops and cars. The problem is that in order to customize these products, it requires a high level of investment of time, skills, or ability, and in the end we can only customize them to a certain degree. Utilizing the power of 3D printing, Shapeways is working to give anyone the ability to make quite literally anything, allowing for new levels of detailed customization. 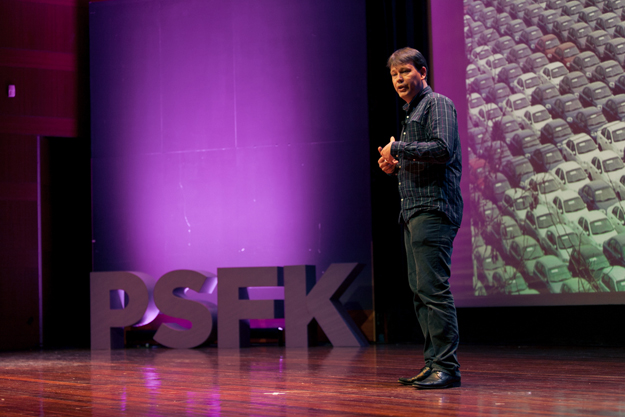 Shapeways has been introducing a wide range of materials and applications, including 3D printed ceramics and jewelry. In 2010, they were making 7,000 unique products for their consumers, which today has grown to over 70,000. As Weijmarshausen says, we are at the beginning of a new way of making things, where 3D printing will deliver a way for people to make whatever they want whenever they want, in a meaningful and easy way.