Two students used rapid prototyping to overhaul a common item to be less wasteful and easier to use.

Professors Alan Wolf and Eric Lima of Cooper Union spoke at PSFK CONFERENCE 2014 about Invention Factory, a 6-week intensive summer program for their students. They locked their best and brightest in a room with all the tools needed for inventing and making prototypes, and let them create. Fundamentally a program about building, not entrepreneurship, the professors were looking for prototypes, not business plans. After the students had undergone rigorous critiques and revisions, they made videos of the student creations and one got 3.5 million views (you can see it in the video below).

It shows the Rapid Packing Container, a new kind of cardboard box that uses less paper, is faster to pack and open, and is easy to store and recycle. It could save shippers untold hours spent handling packaging and prevent millions of trees from being cut down. The new box surprised viewers everywhere that such a simple item could be improved so drastically. 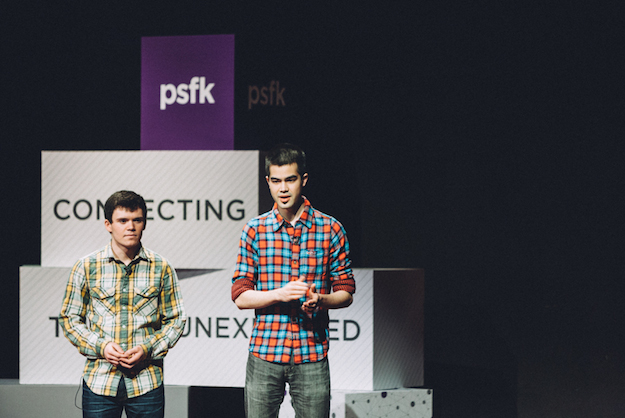 The creators of the Rapid Packing Container, students Chris Curro and Henry Wang, began by thinking about their interactions with everyday objects. Chris noticed that every time he received a package he needed a cutting tool to open it. This prompted him to explore tool-free box designs using a rapid, 15-minute prototyping methodology over a 6 week period. Once they had created the final product, Henry submitted their video overview to YouTube where it quickly went viral.

After the video spread on the social web, the creators were flooded with requests from major players in the the shipping and fulfillment industries. They are now continuing their work to get the box into as many shippers as possible, so you may soon be opening one of these innovative boxes.