SharePlay lets FaceTime users share activities like watching a movie, or listening to a song, simultaneously across devices while they are in a FaceTime call with others. The screen sharing feature is set to be supported across iOS 15, iPadOS 15, macOS Monterey, and tvOS 15 and works by synchronizing app playback on all participating devices, whether users are connecting with their friends through their Apple TV, iPhone, Macbook, or iMac. Originally a part of iOS 15, Apple delayed the release of the feature instead of having it launch with the Operating System upgrade as originally planned.

When the FaceTime feature does go live, which should be sometime this fall, it will bring users together in an entirely new way, providing a variety of opportunities for apps and developers to interact with them. Immersive features like smart volume and share playback controls make the media sharing seamless and enable individual customization across each device, while also helping create the sense that the users watching, listening, and enjoying the experience together all feel as though they are in the same place. If someone in a FaceTime call initiates a group activity using SharePlay, and a member of the group doesn’t have the feature installed, they will be guided to the App Store to download it. And because SharePlay runs natively on each device with no retransmission, the quality of the shared experience won’t be compromised by differences in connection. Users will also have the option to be able to still see and hear each other via picture-in-picture while they view the shared screen.

Streaming services that have already partnered with Apple for SharePlay include Hulu, HBO Max, TikTok and ESPN Plus. Outside of sharing entertainment and media, other suggested use cases from Apple that take advantage of the ability to screen share include browsing Zillow or StreetEasy with potential future living partners and roommates, helping friends with their technical problems, as well as sharing flight times and other trip planning information.

The increased use of co-viewing tools is part of a larger trend PSFK researchers have been following around remote connection and the innovative ways companies and brands are providing consumers with new abilities to bond and come together, regardless of location or the physical distance between them. 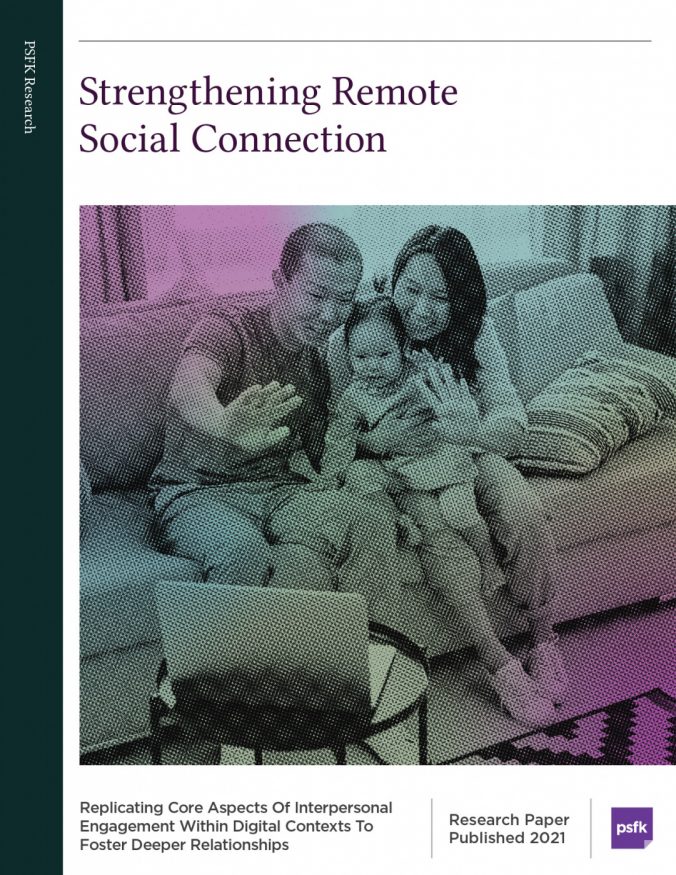 Buy Now
Strengthening Remote Social Connection
737 articles
This article was contributed by the PSFK IQ team. IQ is a platform for insights and advice for creative professionals seeking to develop innovation in retail and customer experience.
Author of the article
PSFK Research