The RIW newsletter provides the essential weekly inspiration for every changemaker driving innovation in retail and along the customer experience journey. This week we're sharing ideas around leveraging NFT technology for smart shopper engagement, the AR-driven future of mobile-first activations and experiences, and the end of hoodie season as shoppers bring their uptown style. 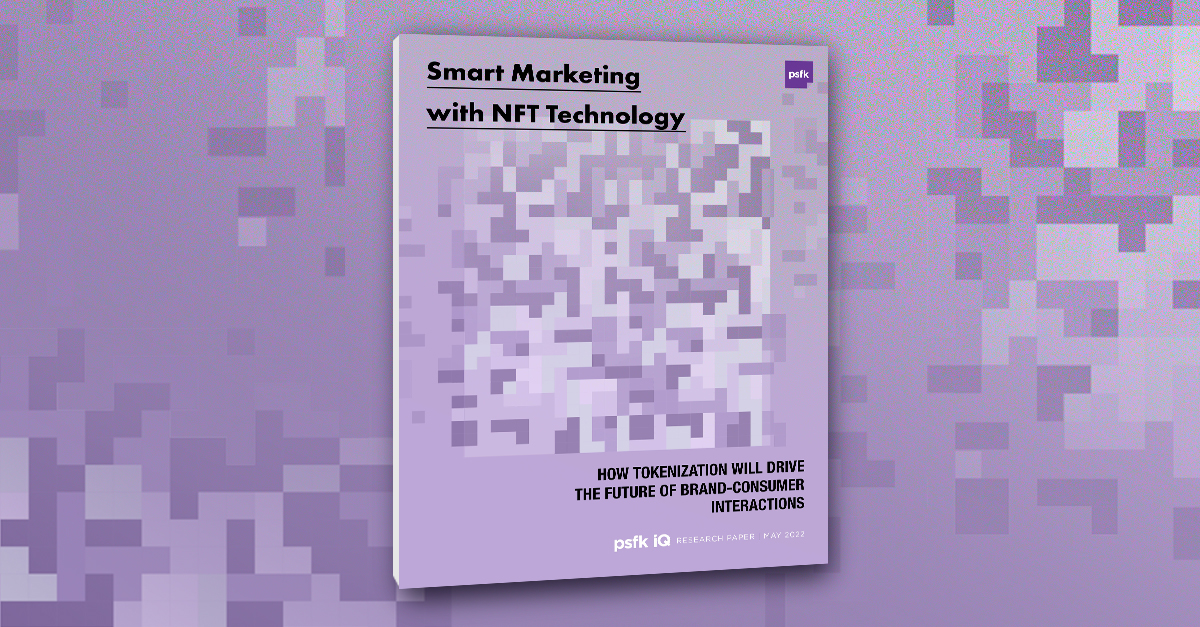 How NFTs Are “Minting” The Future of Shopper Engagement
The technology associated with NFTs enables faster innovation, more evolved customer experiences, and is helping companies reimagine how they market and sell their goods and services, as well as engage their communities. In fact, researchers behind PSFK's latest retailer playbook say that tokenization will drive the future of shopper-retailer interactions.

Exclusive NFTs from Autograph connect sport legends and their fans
Counting the NFL’s Tom Brady as a co-founder and co-chairman, Autograph’s NFT platform creates bespoke digital collections and experiences featuring some of the world’s most legendary athletes and performers. Read More

Download Today: A Playbook for NFT-Powered Loyalty
Everything you need to know about leveraging NFTs, token technology, and the blockchain for smarter shopper engagement. Discover 9 supercharged strategies for optimizing key touchpoints and powering unstoppable loyalty. Details

AR-Driven Commerce Fits In The Palm Of Shoppers' Hands
As mobile technology advances, retailers that take advantage of next-generation hardware and software capabilities can create a more seamless and engaging experience by fully embedding mobile-first activations throughout their retail ecosystem. Whether it's Instagram and Spotify turning their mobile apps into NFT-storefronts, Apple rolling out a contactless, hardware-less point of sale across new iPhones, smartphones are getting smarter – and the future of commerce is fitting more and more in the palm of shoppers' hands.

The future of AR is smartphone AR
Researchers from Brown University believe smartphone AR will become ubiquitous in the near future, and have created an open-source mobile AR hand-object interaction library for mobile-based applications, without any extra hardware needed. The library helps turn any phone into an augmented reality portal, allowing users to transcend the real world and move virtual objects with their hands. Portal-ble

Klarna launches Virtual Shopping feature for retailers
The app-based tool connects shoppers directly with experts through live video and messaging, creating a more immersive and empowering shopping experience. Already live with over 300 brands including Levi's and Hugo Boss, Klarna recently made the feature accessible globally to its over 400,000 partner retailers. Press Release

Every week: a new guide to innovation in retail and along the CX journey.
Subscribe to the PSFK iQ library

Shoppers Are Dressing Up & Hitting The Town
Peak sweatpant fashion has passed as consumers rediscover the joy of dressing up. The things shoppers have been browsing and buying suggest an imminent return to going-out wear, as consumers re-embrace travel, nightlife, and all the “look your best” social outlets they've been cut off from over the past two+ years.

Diners dress up to go out
The old school “downtown New York” flair is making a comeback, as dress codes return to the restaurant dining room. And it’s not just in Manhattan: several new restaurants around the country have opened with policies on expected attire. For their part, consumers are embracing the opportunity to doll themselves up. NY Times

Bringing glamor back to travel
The Washington Post writes about the importance of looking one’s best when traveling, especially in a context when everything else that’s going on in the world feels more “depraved.” Not to mention that airline agents are more likely to upgrade nicer-dressed travelers. WaPo

After 28+ months of slippers, heels are making a comeback
High heels offer a much-needed dose of glamor, turning any outfit into a nice one. As consumers act on pent-up demand for going out, searches for high heels are growing month over month and providing a window into the prevailing mindset. The Face

“Resort-wear” is on the rise Vogue reports on how major luxury brands are promoting their resort wear lines, hoping to win sales from wealthy shoppers looking ahead to big occasions, or those with flashy travel plans coming up this summer.  Vogue

Share this article on social:
6109 articles
This article was contributed by the PSFK IQ team. IQ is a platform for insights and advice for creative professionals seeking to develop innovation in retail and customer experience.
Author of the article
PSFK